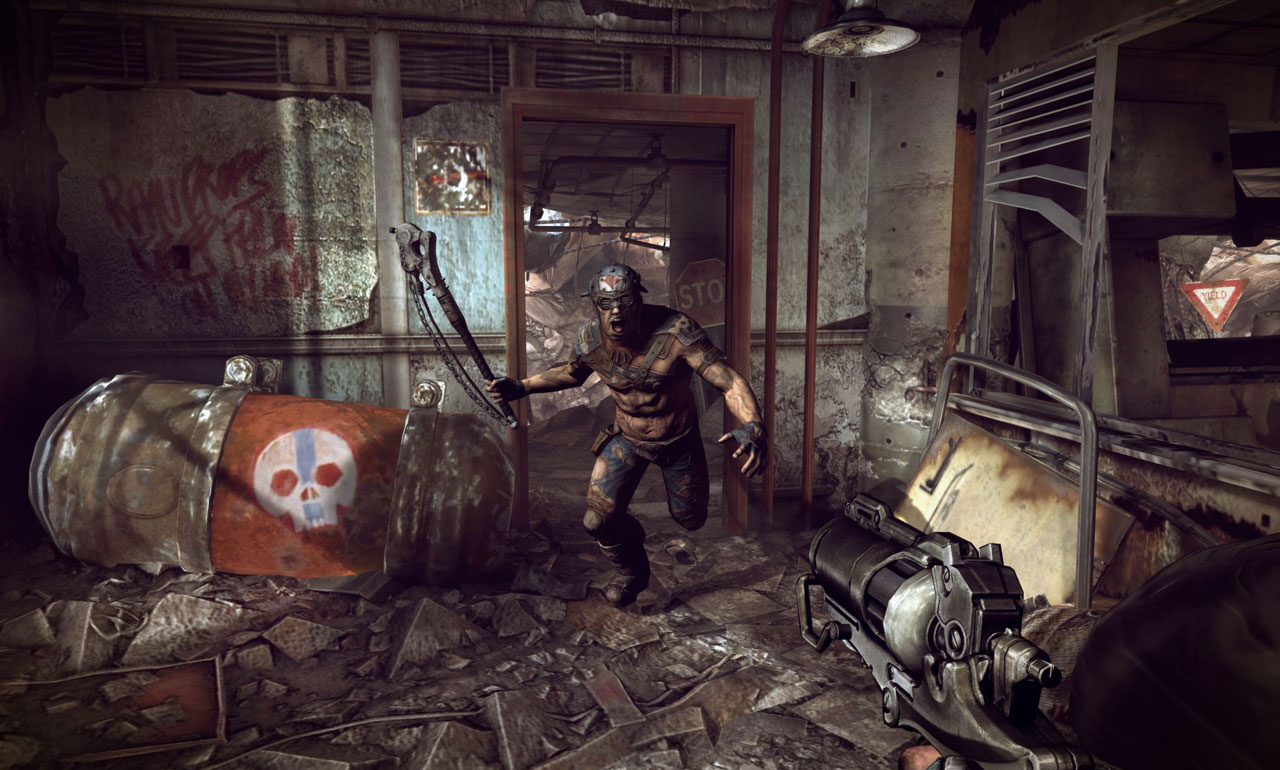 Rage, The upcoming FPS title from id which is based on the id Tech 5 Engine was revealed back at E3 this year. It won three Game Critic Awards which include E3: Best Console Game, Best Action Game and Special Commendation for Graphics. The game was available only on the PC, PS3 and Xbox 360.

But this year at Quakecon 2010, A treat for Apple Users as the a live demonstration revealed during id's keynote that the iPhone is capable enough to run the game. The game can easily run on the iPhone 3GS on which it was demonstrated but the best graphics will be available on the iPad.

People may think that a game based on the id Tech 5 Engine will run on a few FPS on a device such as Phone but the game was running at a steady 60 FPS which is mind blowing. That makes us think that if the iPhone is capable enough to run it that stable then other similar android devices with same hardware specifications can also run the game pretty well.

And According to John Carmack of id Software Rage, There's a possibility of the game coming on Android devices soon too but there's no decision yet been made. If Rage does come out on Android it will be a boost to the gaming sector of Android. You can check out the video of the live demonstration here.