Pokémon Sword and Shield Review – Great, But We Wanted More

In practice, many of the complaints you heard about Pokémon Sword and Shield before release aren't as bad as some people made out. I really do empathize with the hardcore Pokémon crowd which has spent nearly two decades building up the perfect Pokémon collection, but for anyone that is a more casual player of the games, Dexit is really inconsequential. When you toss out the more trivial qualms internet commenters have shared, what you're left with is an incredibly good RPG adventure, although not the best Pokémon game yet.

The main problem is that Sword and Shield are still just too familiar. There are dozens of quality of life improvements across the board, many of which made me feel like I was having a better time than ever just enjoying the journey. This game is approachable and enjoyable for absolutely everyone, while still offering that extra layer of depth that Pokémon fans crave. If you're a hardcore collector, you'll be happy to know that breeding, fossils, and competitive gameplay all have the kind of depth and focus that'll keep you playing for dozens of hours.

As all good stories do, it starts at the beginning. You are a new Pokémon trainer, you meet up with your friend, pick a starter Pokémon of Water, Fire, or Grass type, and then have a chance encounter with a legendary Pokémon, potentially marking you as destined to become the Champion - you know, that old chestnut. You'll be moving through fairly linear routes, as you always have done, fighting trainers and catching Pokémon along the way. If you have ever played a Pokémon game before, then you know what to expect from a majority of this game. 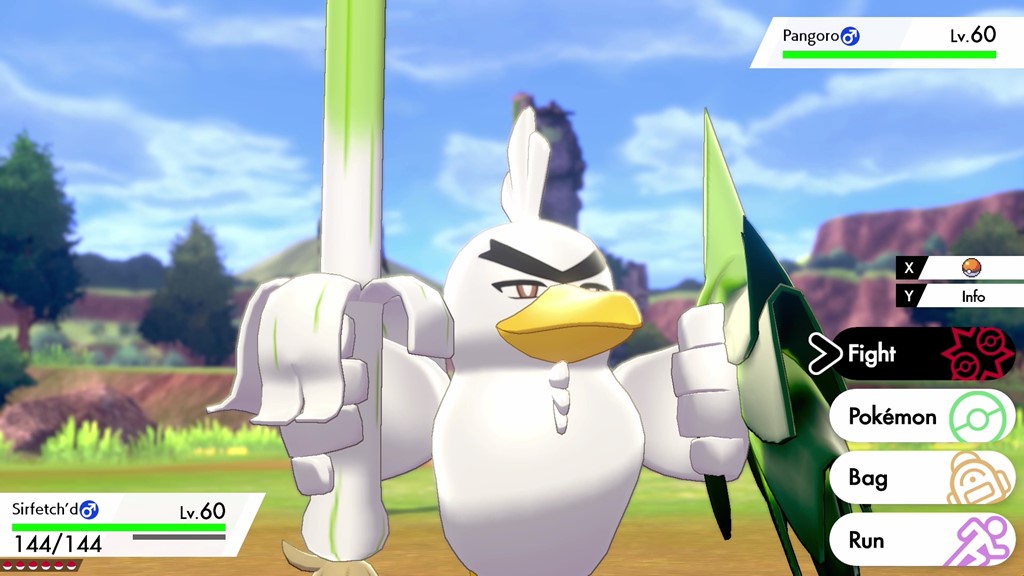 Exploring the routes doesn't become tedious for many of them are very compact, but with a good variety of Pokémon to catch in each. 400 Pokémon is certainly a much lower number than the total number of Pokémon there are in existence now, but it gives you loads of variety to catch and add to your team as you go through the routes. I always wanted a good variety of new and old Pokémon when moving through my Pokémon worlds, and Sword and Shield absolutely deliver that, though at the cost of half the roster missing. Mind you, 400 Pokémon is more than enough in my opinion.

The Wild Area is where things change drastically. The Wild Area is a single, large open-world route which houses dozens upon dozens of different Pokémon, and even allows you to join online players in exploration and raid battles against giant Pokémon. It makes for a nice change of pace, and is certainly in-keeping with many people's vision for a next-gen Pokémon game, though it is hamstrung. You won't be able to explore the whole route at first, and in fact, there will be many Pokémon you cannot catch until you've actually completed the main story. The Wild Area can make for a nice distraction if you just want to set out and catch Pokémon for a while, but it doesn't make for great end-game content, frankly, so limiting what can be done until you've progressed through the game feels annoying.

The other major new feature is the gym challenges. Instead of typical Pokémon gyms where you battle trainers and then a leader, these are more similar to the challenges we saw in Pokémon Sun and Moon. Each challenge is a unique puzzle or task, and you'll be able to tackle the gym leader upon completion. There are a good variety of challenges here, but none of them are fleshed out very well, they all end too soon, and one is just a boring switch puzzle to find a path forward. 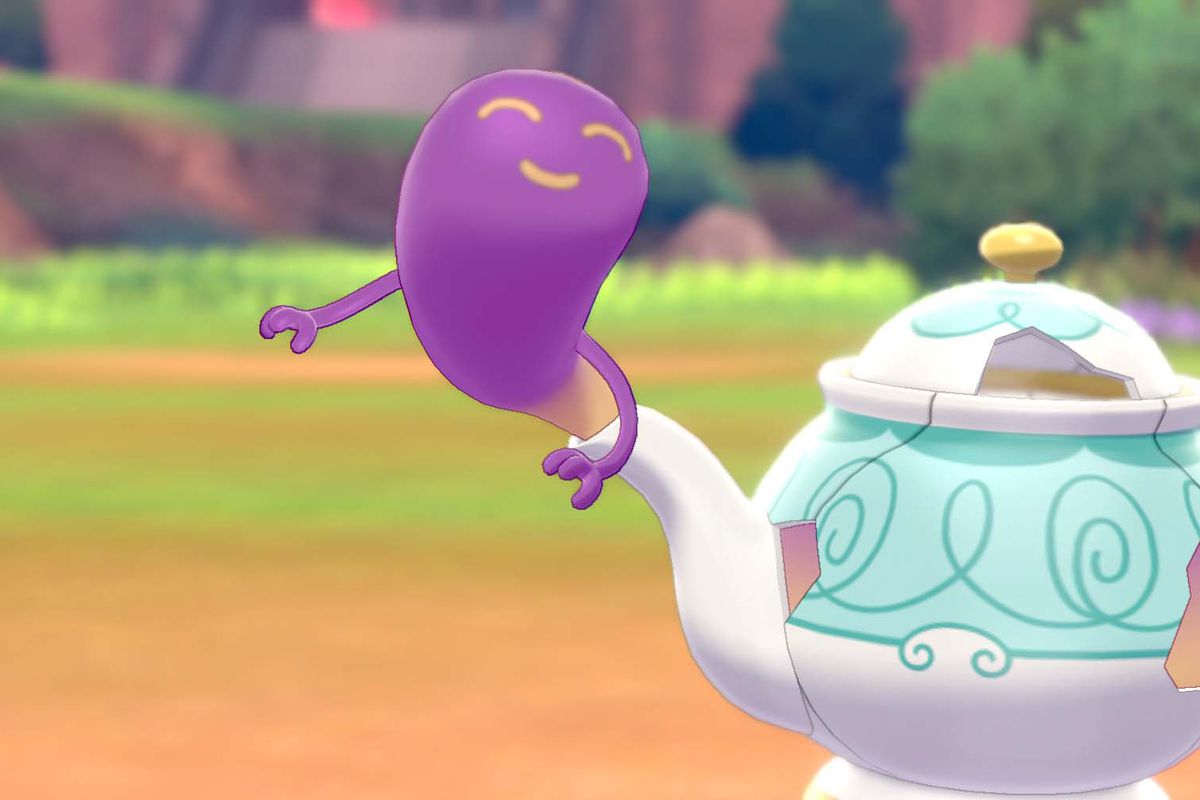 Battles with gym leaders get more interesting. They take place on a giant football (or soccer, I guess, if you're from the United States) pitch with spectators cheering. In these battles you will be able to Dynamax your Pokémon, making the huge and powerful. Unfortunately, the Dynamax gimmick is pretty mediocre, less interesting than even the fairly boring Mega Evolutions. Gym leaders will always maximize their final Pokémon, and other than that, it's a pretty typical battle. Though, I must say, despite not being a football fan, the Englishman in me really appreciated the chants in the gym battle music.

On that note, in general, it was very interesting and weirdly refreshing to encounter something that felt distinctly British in a Pokémon game. Pokémon Sword and Shield has taken British culture, monuments, cities, and given them all a Pokémon flair. This is the place where I live, complete with recognizable towns which hint at their real-life inspirations, but all viewed through the lens of Pokémon. And it's incredibly comforting and made me smile on many occasions.

But this game also feels like the most linear Pokémon game in a long while. Routes are linear, and to progress through any part of the game you'll have to be shepherded to NPCs to trigger cutscenes, lest roadblocks stand in the way of the direction you actually want to go in. More than once I found myself heading down a route happily, only to find progress blocked because I didn't visit a restaurant to trigger a cutscene or something. Through the story you are led by the nose, and the EXP share mechanic means that you won't even find yourself struggling much to build a powerful party. It was easy for me to swap Pokémon in and out of the party and still get them to a capable level in little time. 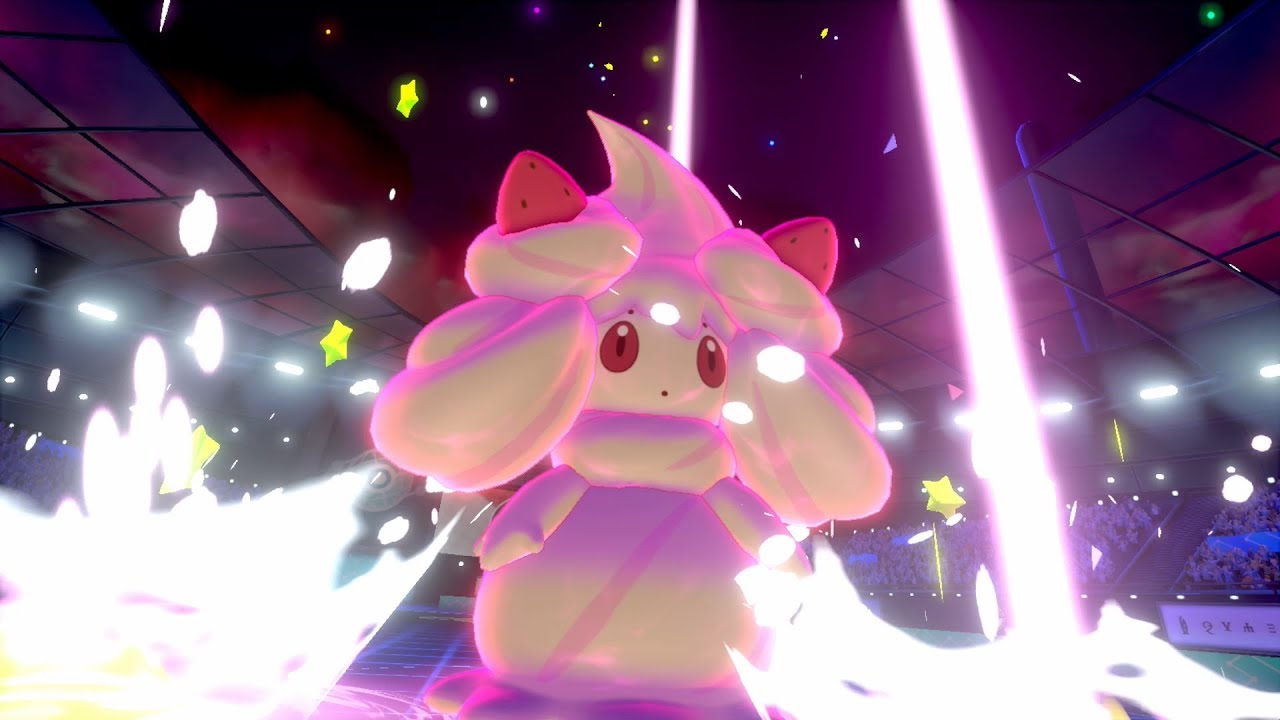 This meant I felt very restricted in what I could do in the game, and the limits of the Wild Area certainly didn't help that. Sure I was free to choose my party Pokémon, but I could never wander from the beaten path, never visit a city or gym out of order, or even be forced to find my own way through, for it's clearly signposted. This means that playing Pokémon is a fairly simple, yet satisfying experience where you can mostly switch your brain off and just enjoy the journey. But if you were looking for a challenge of any sort, well, it's not really here.

Couple all of that with what feels like very spotty online connections, and performance drops when online in the Wild Area, and there are a fair few downsides. Despite them all though, Pokémon Sword and Shield is a great Pokémon game, one well worth experiencing, but certainly not the best of the series. I wanted a bigger generational leap, perhaps even a game that resembled the likes of Dragon Quest XI in some ways, but this isn't quite that. This is a great RPG adventure - and somehow, that feels like a backhanded compliment, because every Pokémon game should be one of the best RPGs in the world.

Review code provided by the publisher. You can get Pokémon Sword or Pokémon Shield via Amazon.

Pokémon Sword and Shield have a few problems which prevent them from attaining classic status, but what's here is an incredibly fun, pretty, and enjoyable RPG that is hard to put down once you start playing. The loop of fighting trainers and catching Pokémon is one that works incredibly well here as it ever has, but I can understand why hardcore Pokémon fans will feel let down. Still, if you're not bothered by Dexit, this is a great Pokémon game to pour a couple of dozen hours into, at least.