I get it, not everyone is in the market for a $1,000+ flagship smartphone and more often than not the biggest complaint I hear from friends and family regarding their phone is battery life. But how do you balance that issue without having a phone the size of a brick made for a warzone that gives up every ounce of functionality for the sake of battery. OUKITEL looks to meet somewhere in the middle of a nice get-work-done phone that also has the juice to keep it going long into the workday and into the nightlife. The OUKITEL K8 is a beefy phone sporting a large easy to read screen and a surprisingly large 5,000mAh battery, and it could double as a club if need be.

The OUKITEL K8 is a bit of a chunk in the size department coming in roughly the same height and width as my iPhone 8 Plus but much thicker since it's housing the healthy 5,000mAh battery.  The front of the phone features the 6" 2160x1080 screen with minimal bezels.  The bezels on the side are much more slender than the top and bottom, but that comes from not being bothered with the notch like many others.  The front also houses the 5MP front facing camera that leaves a bit to be desired.

The bottom of the phone sports the speakers flanking the micro USB charging port. Flip things over and the top surprises you with an actual headphone jack.

The back of the phone is very slick, it doesn't have the budget look at all with it's slick metallic gunmetal finish.  The fingerprint reader is located on the back just under the dual camera with LED flash setup.  I would talk about how nice it is to have dual cameras but when the second camera only functions to add the 'blur' effect in one camera setting it feels kind of a waste.

One thing that I like about the phone that may be a turn off for some is the staggering weight.  I say that like it's unbearable but it's not, it's a chunk.  Weighing in at a whopping 258g with the included silicone case.

If you're expecting this phone to set any kind of records, you're going to be poorly mistaken.  Being powered by the MediaTek MT6750T big/little 8 core CPU with four running at 1GHz while the other four are at 1.5GHz.  This chipset results in a pitiful result in benchmarks, but it adequately handles day to day use and media consumption.  Very rarely does it feel too sluggish, it's no Snapdragon 835 or better by any stretch of the imagination.  The Mali-T860-M2 GPU can handle up to games like Fallout Shelter, but must beyond that and PUBG Mobile should not be considered here for this phone simply will leave you frustrated.  But, the griping aside, this phone has the horsepower and storage, 64GB to be exact, to get some work done.

Okay, first off I know how much marketing goes into overselling every phone's camera and they've done a fair bit here.  The front 5MP camera may feature a beautify feature, but it doesn't do much for the camera quality.  It is serviceable enough to get FaceID and video calling accomplished. The rear cameras are a pair featuring a 13MP Sony IMX135 Sensor and an additional 2MP sensor for a horrible 'blur' effect.  Seriously, this setup could have been better without even having that second camera present.  The primary sensor is serviceable, definitely not going to replace any dedicated camera when used indoors, but does a pretty good job in natural outdoor lighting.

With a 5,000mAh battery and stock Android not having any bloatware holding it back the battery life is very very good.  The Geekbench 4 Battery Benchmark pulled in just shy of 10hrs for a full discharge run, pretty impressive.  Under pretty heavy use I finished out the day with plenty of juice left and since my primary job has me on call it's nice to know that I have more than enough power to go on late into the day when I still need to use my phone but may not find myself near a charger.  Speaking of charging, it's a bit of a bummer that this phone is still holding onto the micro USB port when so many have already moved to the USB Type C port, but it's a super budget phone and makes sense.

Pretty decent.  That's about the best way to sum this phone up.  For a phone in this price range they pretty much have to find something to offer and focus on that letting the rest go by the wayside.  OUKITEL focused clearly on battery life here, but they didn't skimp on looks and feel.  I had no issues setting this phone on the table when at work and having people look at it like a funny little toy that most budget phones look like.  The biggest letdown is the performance of the CPU and GPU, but I'm used to much faster phones. Watching YouTube and Nexflix on the K8 was perfectly fine with no real issues, and the included headphone jack made it easy enough to overcome the horrendous sound the phone speakers make. But for someone who typically shops in this bracket may very well not be bothered by these complaints.  The size of the phone and the resolution of the screen make this an easy recommendation for those older family members and friends who want a fairly basic no frills phone that can get work done and not be bothered by a weak battery as the day wears on.

Find the OUKITEL K8 at Amazon. 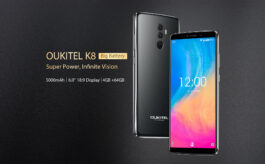 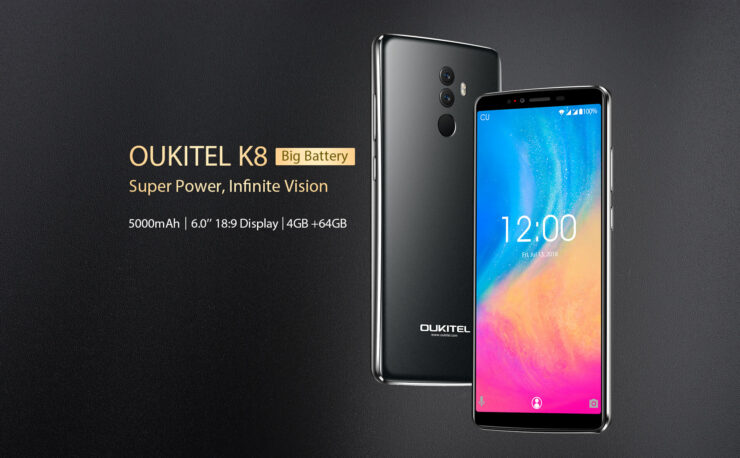 Solid phone for those needing a long lasting communication and media consumption device, but a no go for those looking for great photos and power for games.