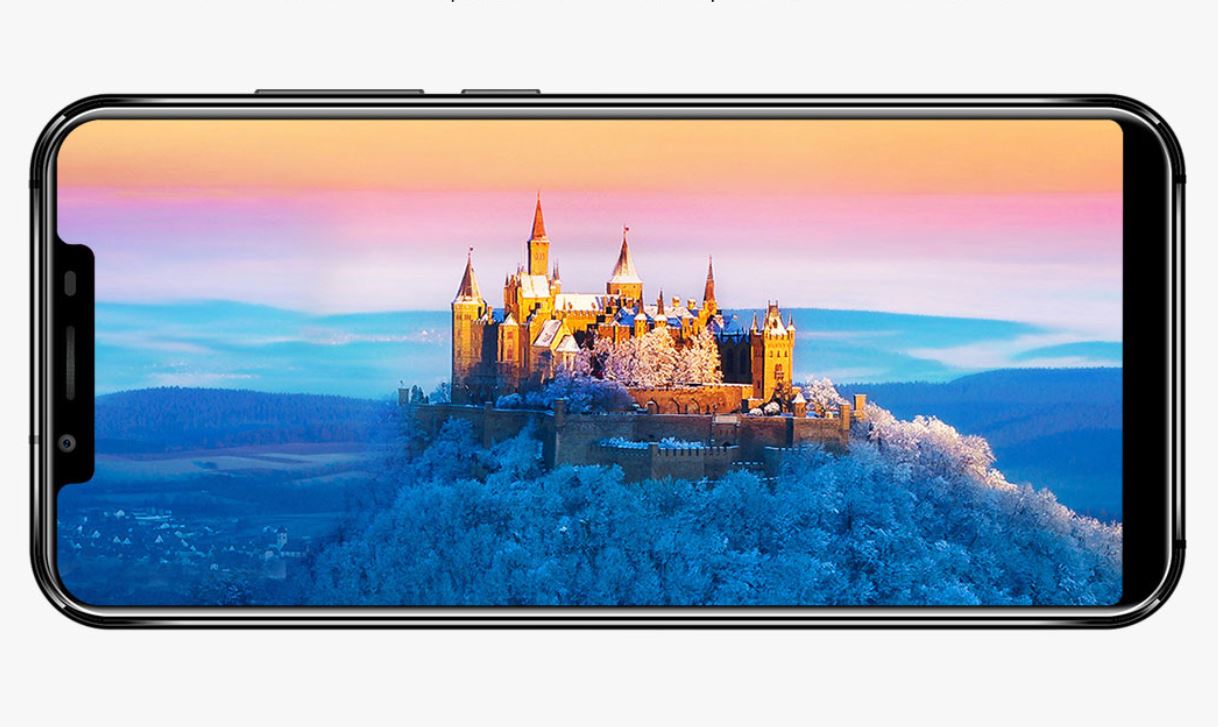 Apple launched its latest flagship smartphone of the year not so long ago. The design and form factor of the device features great variations compared to its predecessor. In addition to this, there are a whole bunch of new features added as well that marks the device different from its competitors. However, whenever Apple launches its new smartphone, other smartphone OEMs takes design cues from the device. It's definitely something that we have seen before. However, one Chinese smartphone manufacturer took it to another level. Oukitel U18 rips off the iPhone X completely, incorporating a plethora of features which are found in Apple's latest handset. So let's dive in to see some more details on it.

Oukitel U18 is simply an iPhone X clone. More importantly, it matches a lot from the front. From the rear, the U18 looks completely different. Nonetheless, the vertical dual camera setup does bring a lot to the table. As we have mentioned earlier that the U18 is a typical iPhone X clone and you might ask why. 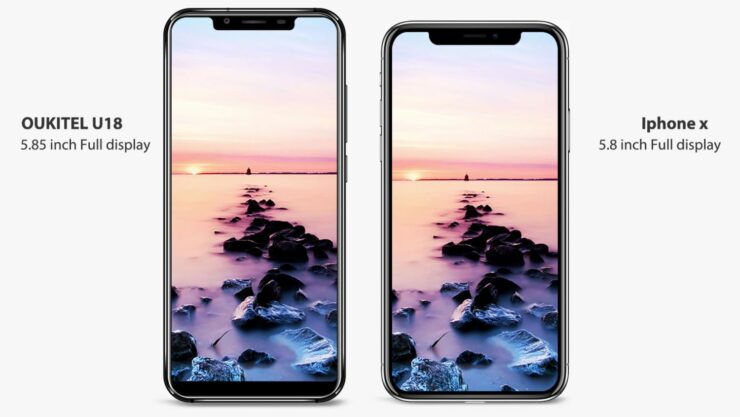 For one, it's powered by Android and features a custom skin on top. Secondly, even though the company has managed to put a notch at the top of the device's display, it's a 720p panel. It features a 5.85-inch 2D curved glass. The display quality would not even come close to what Apple is providing on the iPhone X. However, as for what is powering the device, the specifications are pretty decent.

The specs of the Oukitel U18 are on par with some of the Android flagships out there. It features 4GB of RAM coupled with 64GB of onboard storage. In addition to this, Oukitel is known for adding beefy batteries. To prove the notion correct, Oukitel U18 houses a 4,000mAh battery, which would be enough to get you through the day (only if you're willing to purchase it). The dual camera setup at the back features a 16MP and 13MP camera. Surprisingly, both of these cameras come from Sony.

Other copied features of the iPhone X include Face Unlock. There's a fingerprint sensor embedded on the rear side as well, so that's a major plus. So if you want the looks of the iPhone X coupled with the Android experience at a fraction of the price of Apple's tenth iteration of the iPhone, Oukitel U18 might be the way to go. Coming in at just $159, it's definitely your call if you're up for it. If you're interested, you can purchase the device right now.

This is all for now, folks. What are your thoughts on the Oukitel U18 smartphone? To what extent do you think the device has ripped off the iPhone X? Share your views with us in the comments.