MSI’s Tri Frozr heat sinks are some of the biggest heatsink cooling solutions that I have ever tested. I first tested the Gaming X Trio when MSI released the 1080 Ti variant back in 2017 and that was a very aggressive design in its own right. With the RTX 30 series cards, MSI has further refined the Twin Frozr design. The cards measure the same at 336 x 140 x 61 mm and weigh in at 1882 & 1895 grams, respectively. Both cards features a standard 2.5 slot height which is expected of today's high-end cards. 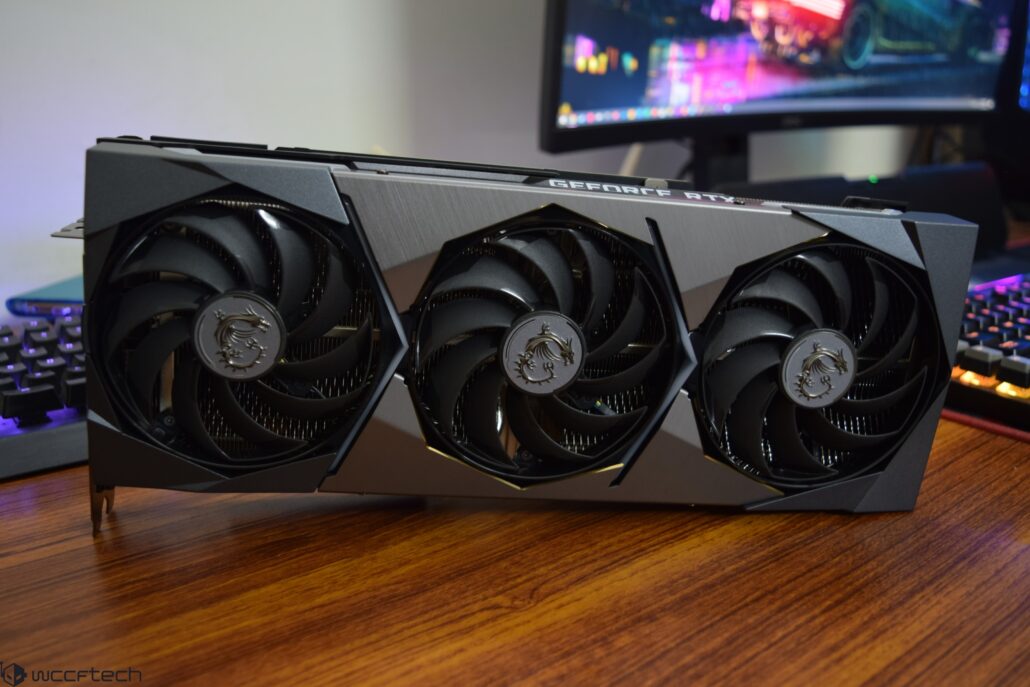 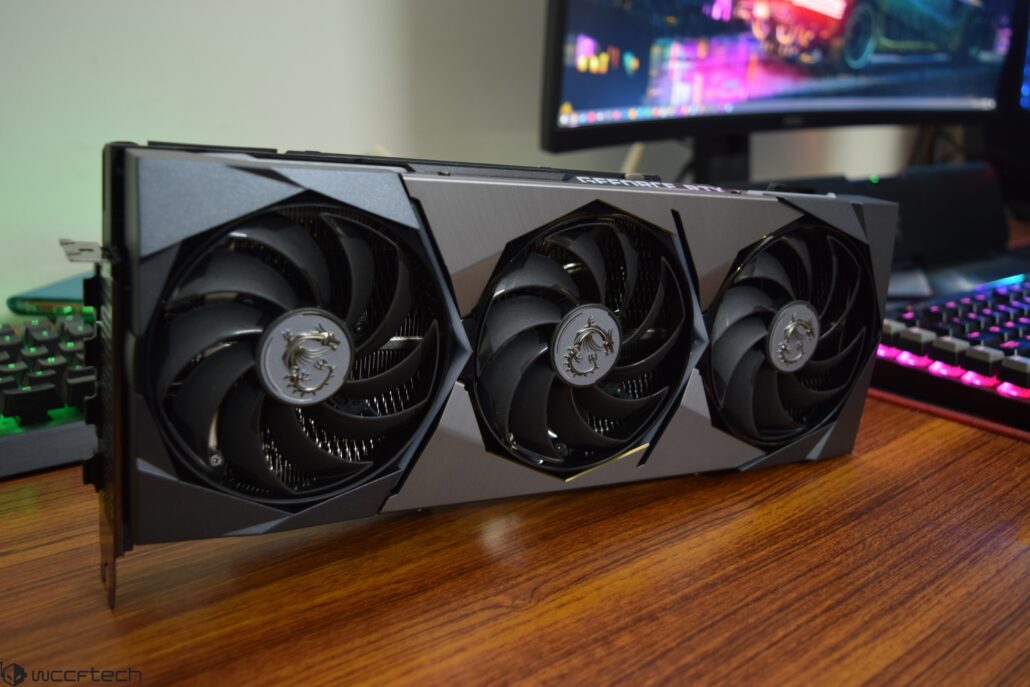 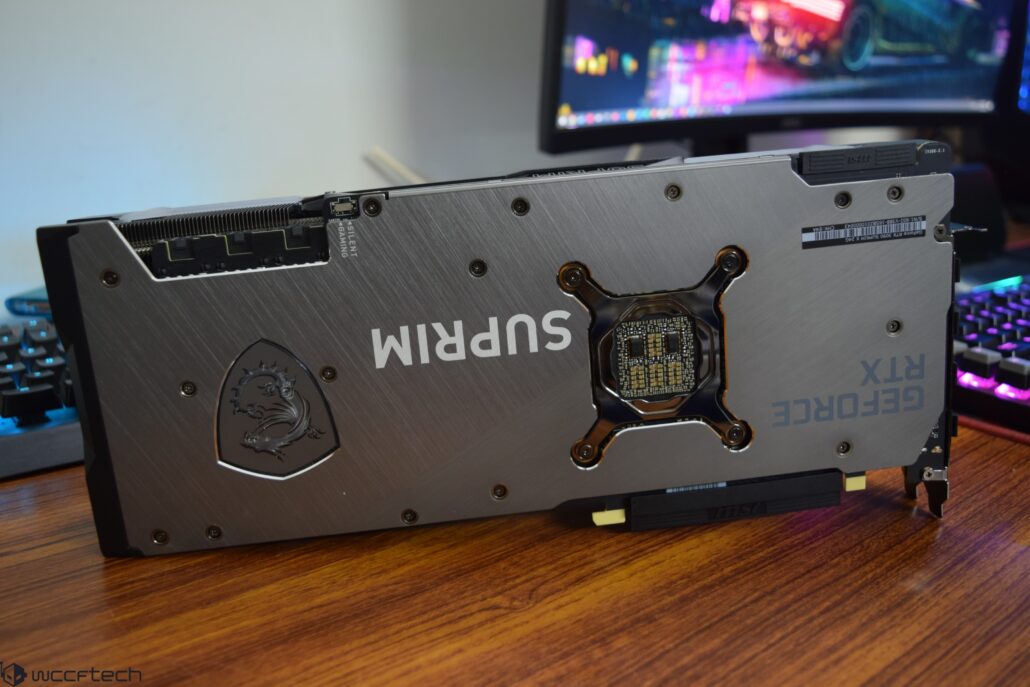 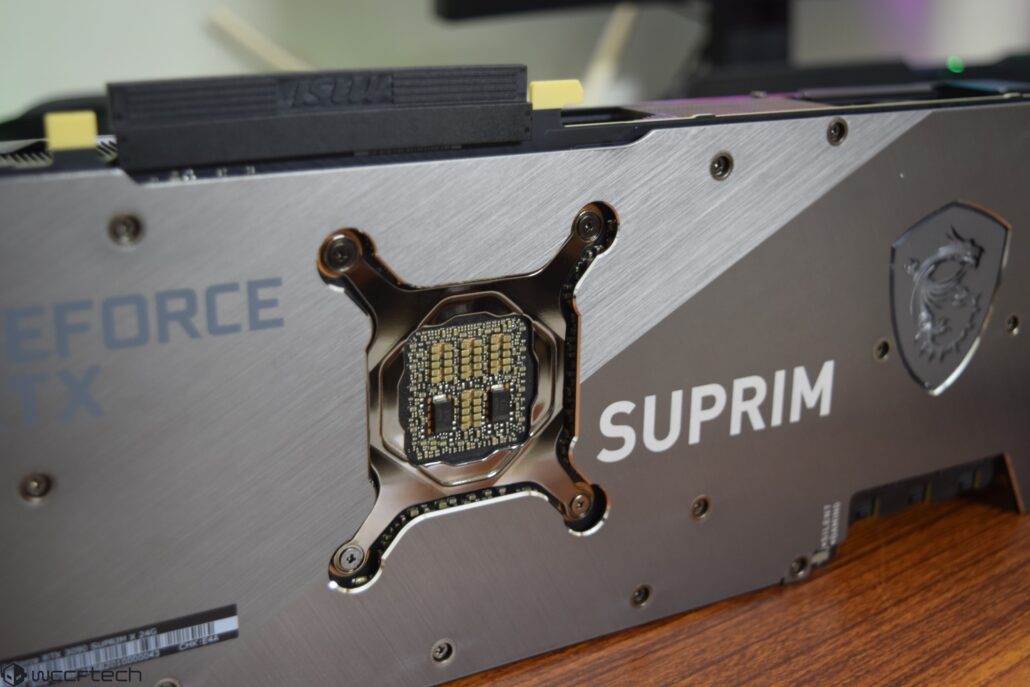 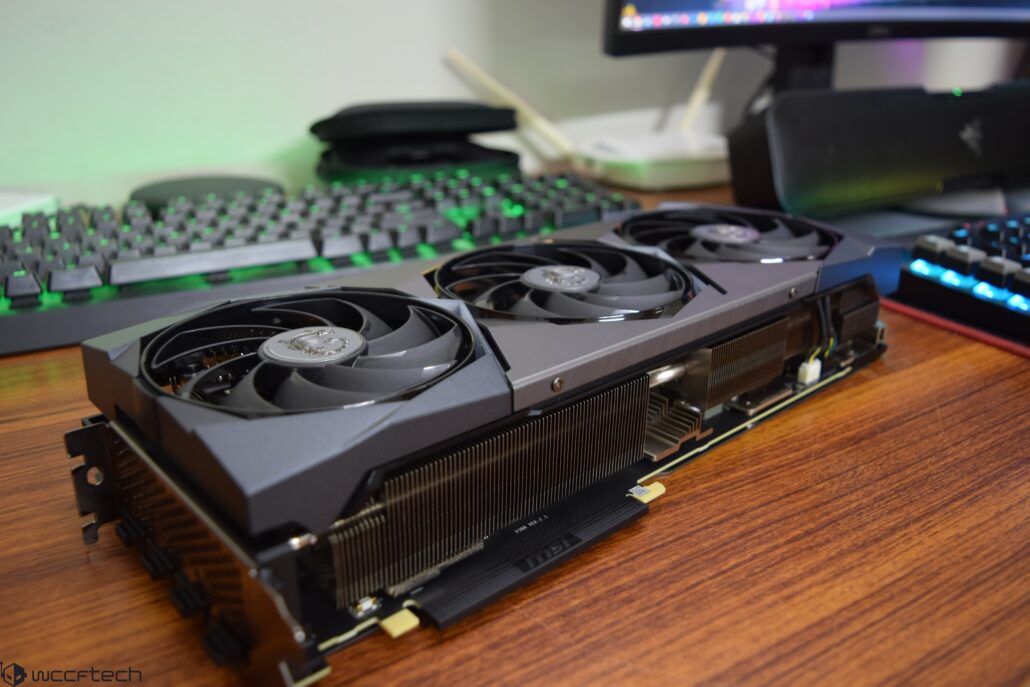 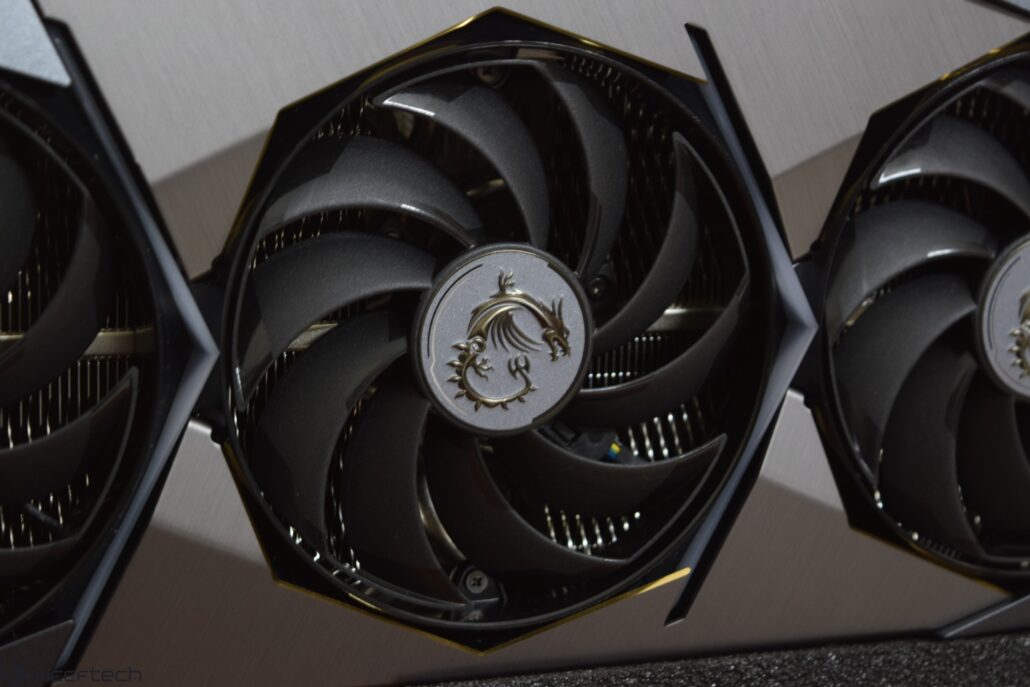 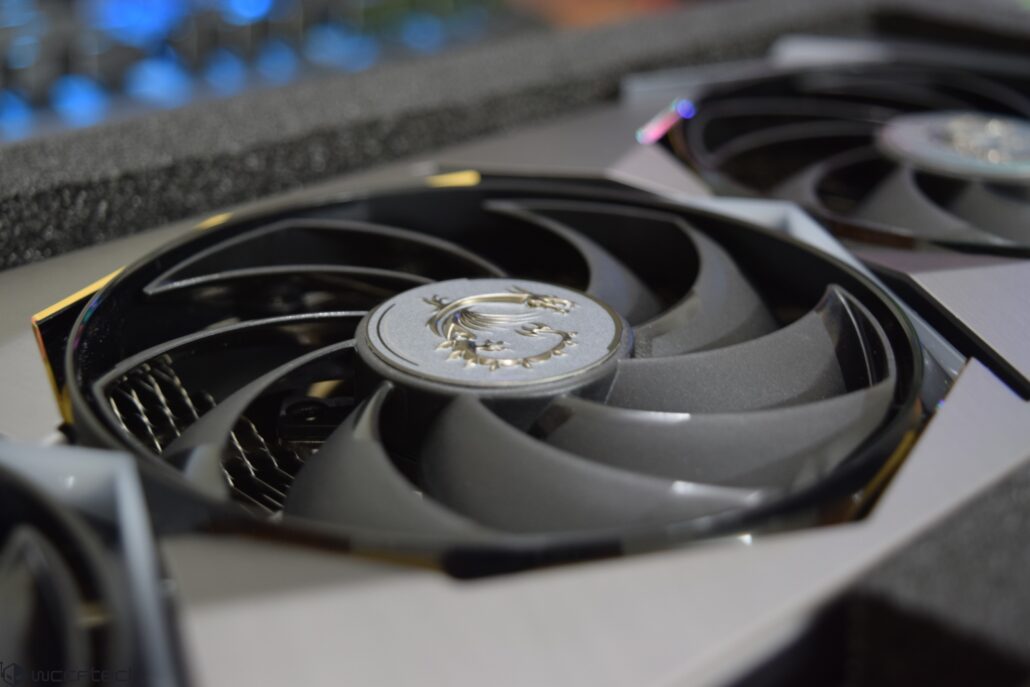 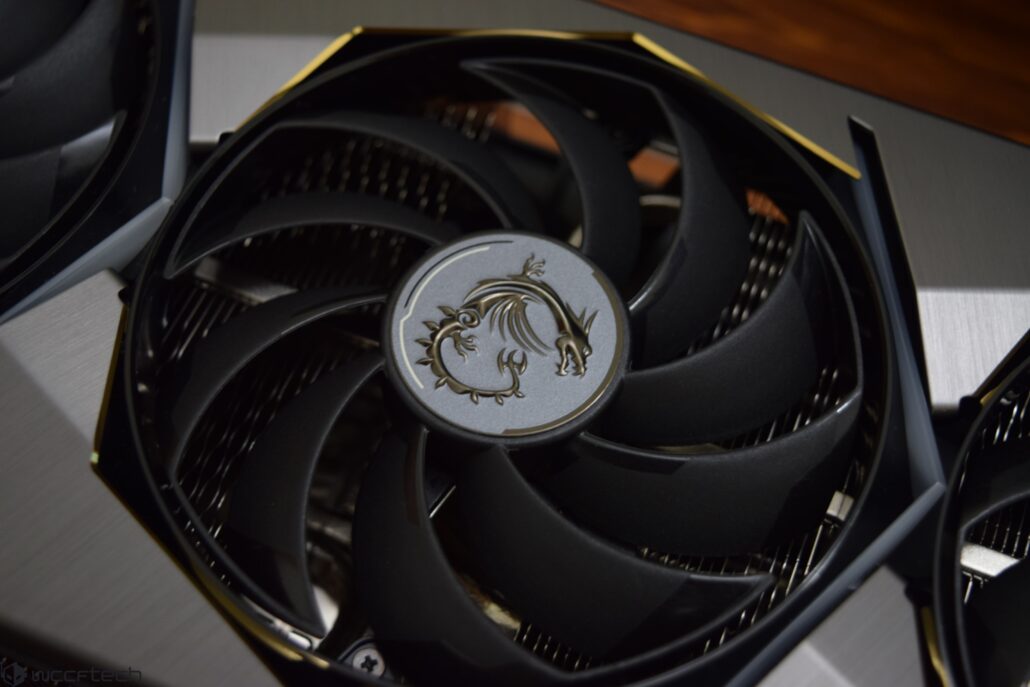 I am back at talking about the full-coverage, full metal-based backplate which the card uses. The whole plate is made of solid metal with rounded edges that add to the durability of this card. The brushed matte-black finish on the backplate gives a unique aesthetic. The graphics card also comes with a compact PCB design which means that the shroud, heatsink, and backplate are all extended beyond the PCB. The third fan blows air through the heatsink and blows it out from the cutouts that are situated at the very end of the backplate. 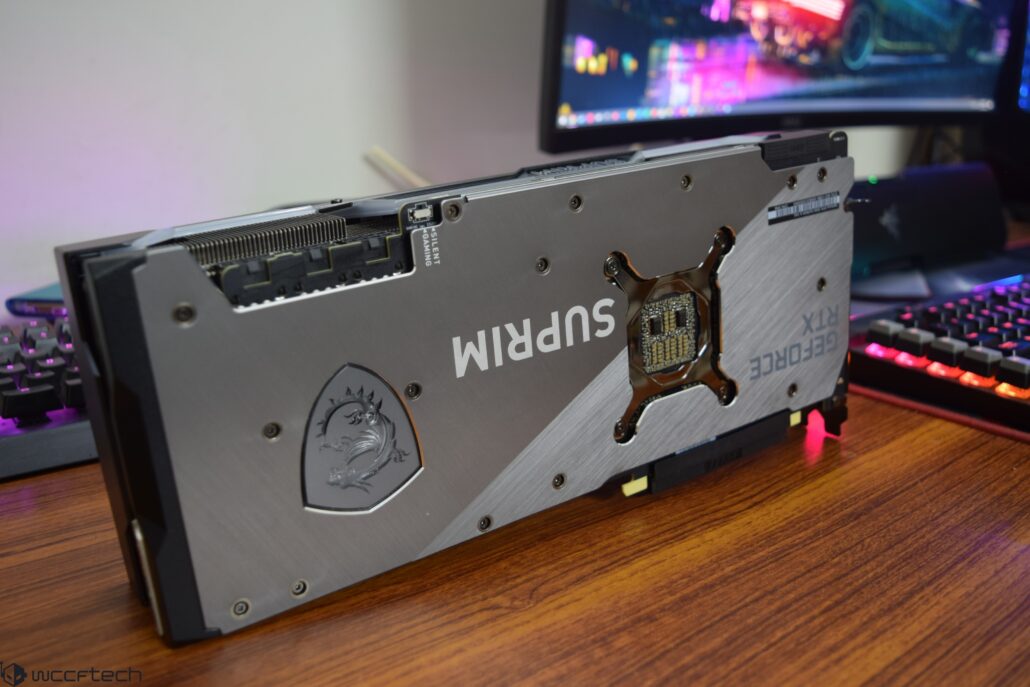 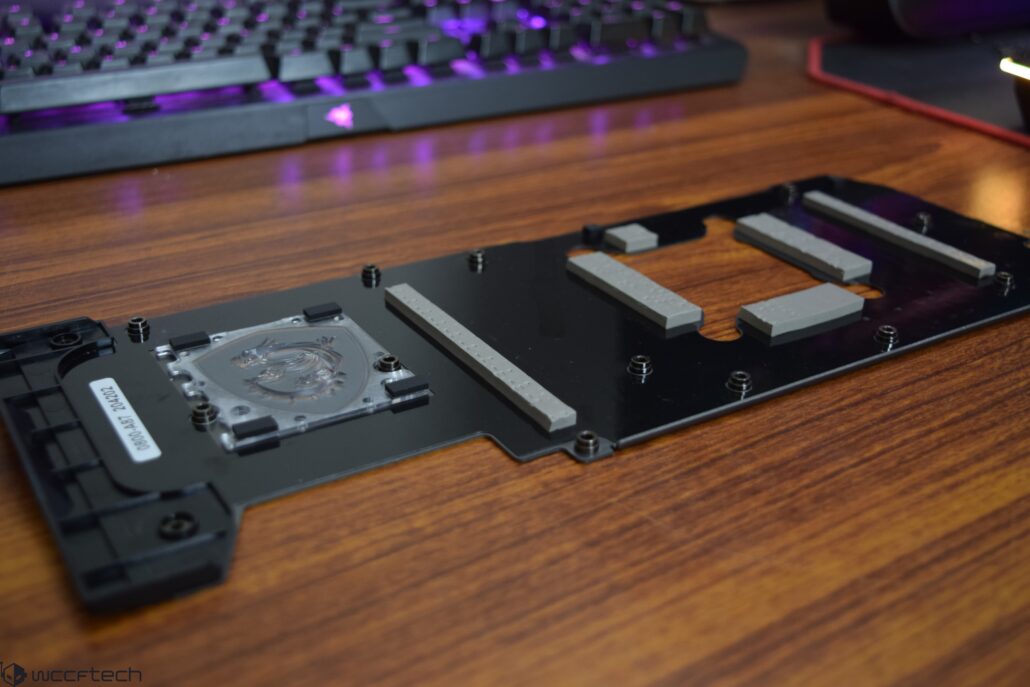 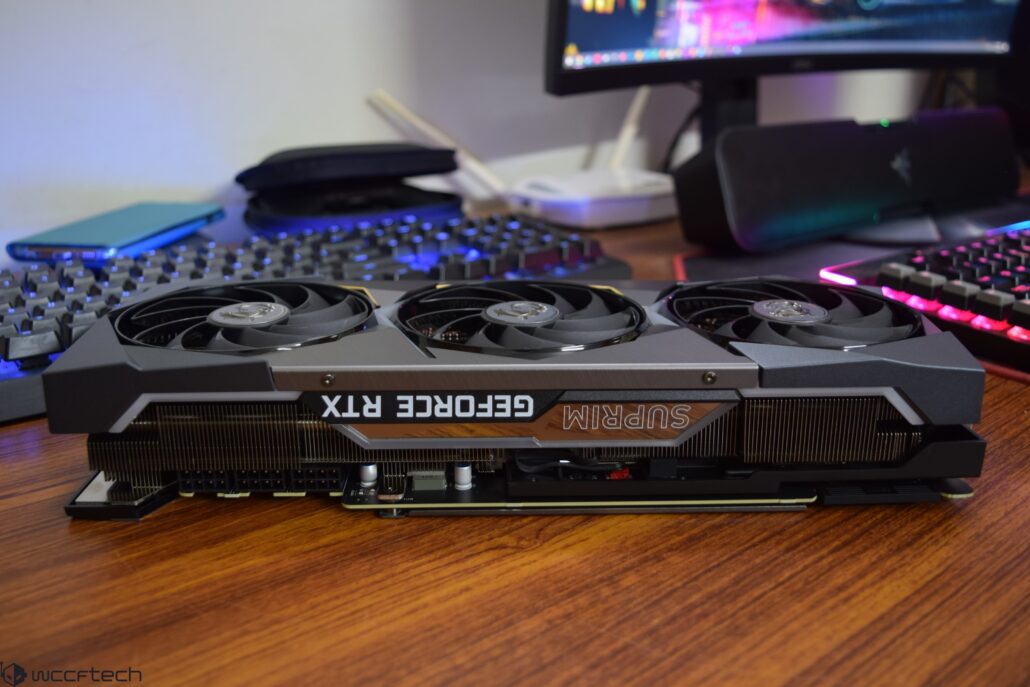 The large fin stack runs all the way from the front and to the back of the PCB and is so thick that you can barely see through it. It also comes with the wave-curved 2.0 fin stack design which I want to shed some light on as it is a turn away from traditional fin design and one that may actually offer better cooling on high-end graphics cards such as the RTX 3090 & RTX 3080. 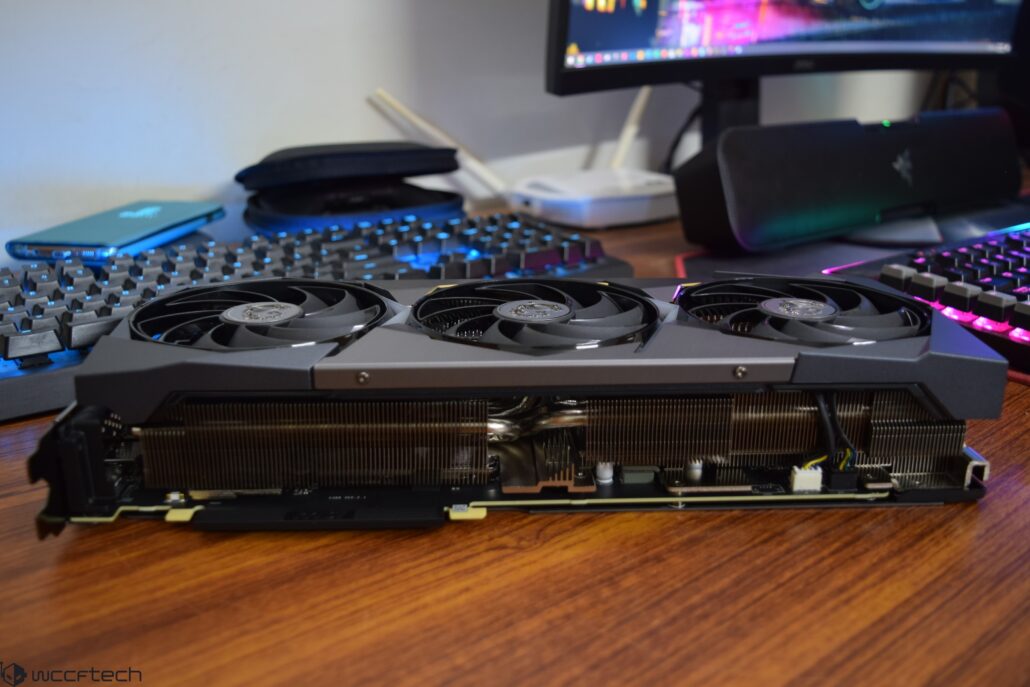 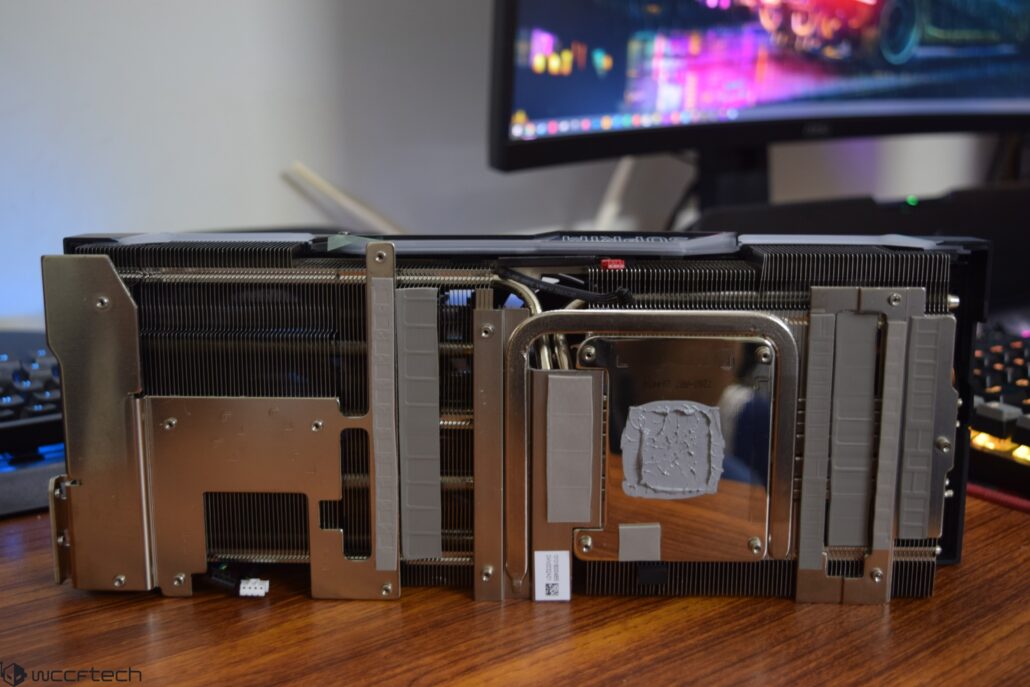 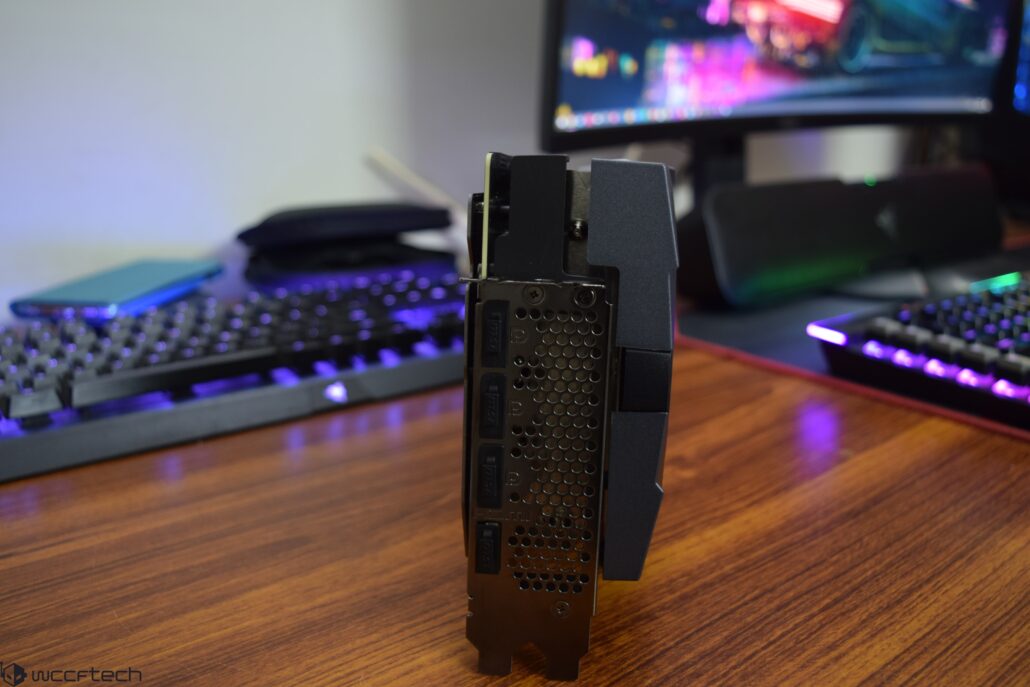 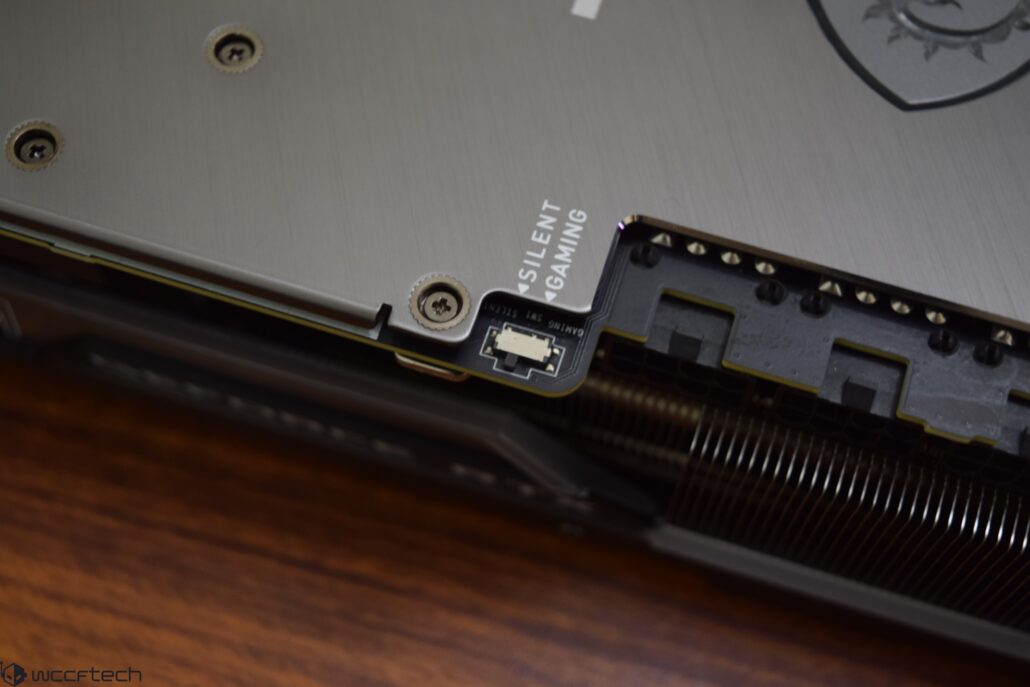 There's also a dual-BIOS switch on the card which comes pre-configured with Silent & Gaming modes. The BIOS doesn't affect the clock profiles but rather affects the maximum power limit, enabling for higher fan speeds to better cooling and more stable clocks.

MSI makes use of a 20 phase PWM design that includes its Military Class components such as Hi-C Caps, Super Ferrite Chokes, and Japanese Solid Caps. The main VRM controller is an OnSemi NCP81611. For VRAM, the controller is a UPI made 9512R while the MOSFETs are made up of OnSemi NCP302150 (50A).

The MSI GeForce RTX 3090 & RTX 3080 SUPRIM X are very power-hungry graphics cards as showcased by their custom design. Being so, both cards utilize a triple 8-pin connector configuration as opposed to a single 12-pin EPS configuration that the FE variant features. The cards are rated at 420W & 370W TGPs, respectively.

MSI SUPRIM X series cards utilize their Mystic Light RGB technology to offer you a visually pleasing lighting experience on your graphics cards. There are a total of 5 different RGB effects which you can choose from and the cards have 3 RGB accent points on the front, one on the back, and one lightbar surrounding the side of the card which looks really good. You can fully customize the RGB lights to your preference using the MSI Mystic Light application from MSI's web page. 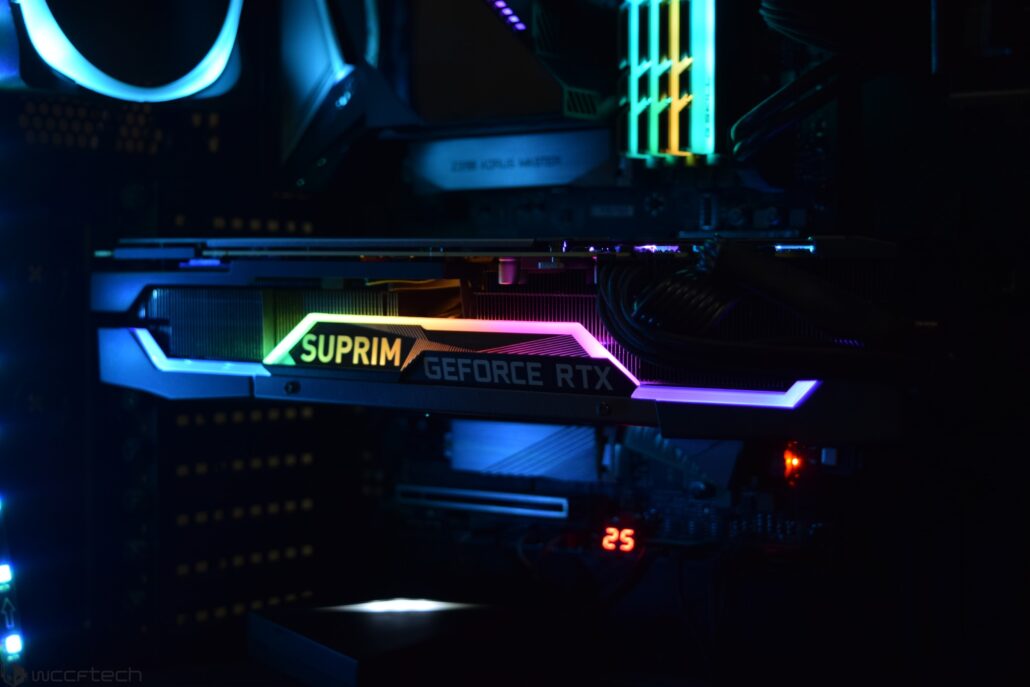