The MSI GeForce RTX 3090 & GeForce RTX 3080 SUPRIM X scream premium, from their design, performance, and to their price. The SUPRIM X lineup is definitely MSI course-correcting its OG Gaming X Trio deficiencies and it looks like the extra effort has paid off.

Both cards come with the same cooling design and premium PCB components which are outfitted with a top of the line and updated, Tri Frozr 2S cooling system. The cooler is very much needed to keep the card running at stable clocks both cards have a 350W+ TGP. The RTX 3090 breaks the 400 Watt barrier and goes up to 420W but we have since some variants going with more aggressive & non-official 450W BIOS's.

The extra 7% power limit for these cards also provides some decent OC capabilities but you can push Ampere all you want but only get minute returns. Do note that the RTX 3090 gets close to 500W usage which is literally bonkers for a single graphics ard and the highest I have ever seen a single-GPU card go. 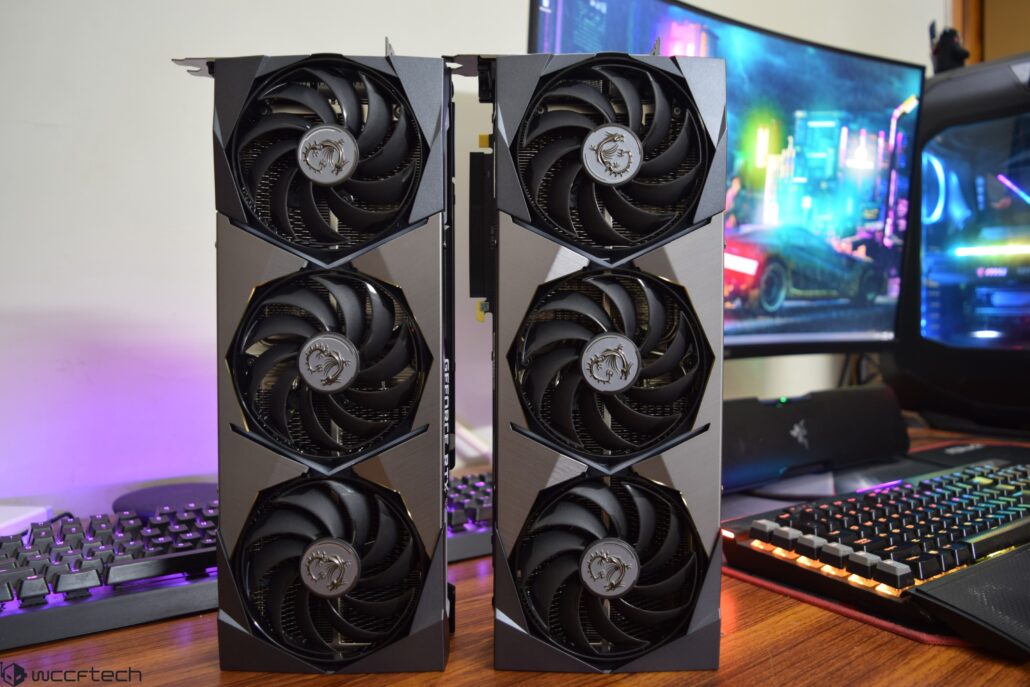 The most impressive aspect is that while the TGPs for both cards have seen a hefty increase (Up To 70W for the RTX 3090 & 50W for the RTX 3080), the cooler does an incredible job by keeping both cards steady and cool under 70C. The RTX 3090 saw temps peak around 69C while the RTX 3080 ran at a cooler 65C temp. Both of these were coupled with the superb silent profile which equals near-zero fan noise. If you want that extra cooling performance, then turning the fans all the way to 100% will lead to sub-60C temps but in return, you'd have to face the louder fan noise which gets a bit noticeable at that point.

The triple-fan solution comes with 0db fan technology which unless or until you're touching 60C won't spin at all. This allows lower noise levels when you're not doing any graphics-intensive tasks. MSI went all the way by including a full metal backplate on the card which comes with dual copper heat pipes to effectively transfer heat from the back. The back of the card is also important considering there are 12 memory modules featured on the other side of the PCB which need to be cooled (RTX 3090 SUPRIM X).

The RGB is not overdone and the Mystic Light cuts on the front and sides provide really good aesthetics of the card itself. The brushed aluminum backplate, the dual BIOS switch, and the stunning design are what makes these cards truly stand out from the Gaming X Trio variants. 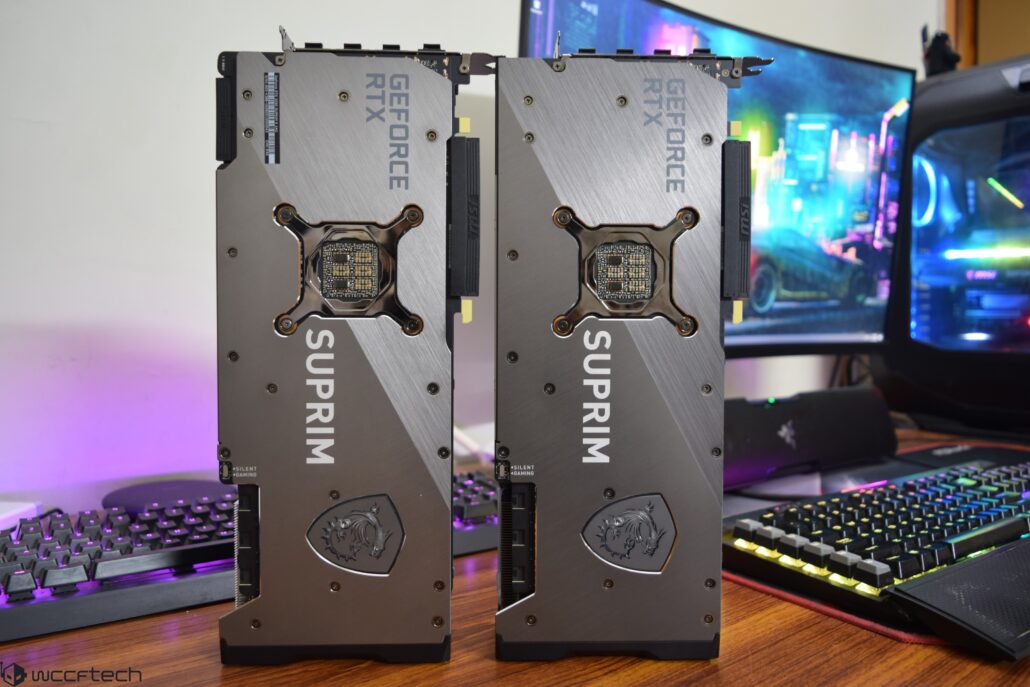 What I believe is that the SUPRIM X lineup from MSI is what the Gaming X Trio series should've been from the start. They are very impressive and feature one of the most gorgeous and neatly built cooling design that I have seen by NVIDIA's AIB partners. The factory overclock is great and the custom PCB is there if you want to push these cards or overclock them. The cooling design performs phenomenal, dropping several degrees over the already great Tri Frozr cooling for the Gaming X Trio variants and if you want the best Ampere card, then SUPRIM X won't let you down!