The MSI GeForce RTX 3090 & RTX 3080 SUPRIM series graphics card comes inside a standard cardboard box. The front of both packages has a large "GeForce RTX" brand logo along with the "MSI" logo on the top left corner and the "Gaming X Trio" series branding on the lower-left corner. A large picture of the graphics card itself is depicted on the front which gives a nice preview of the SUPRIM X design.

The card is nicely wrapped within an anti-static cover which is useful to prevent any unwanted static discharges on various surfaces that might harm the graphics card. The most interesting accessory that I found in the package was a graphics card support bracket. This bracket connects the graphics card to the casing, offering better durability and prevents any sort of bending that may occur due to the heavyweight of the Gaming X Trio series graphics cards. 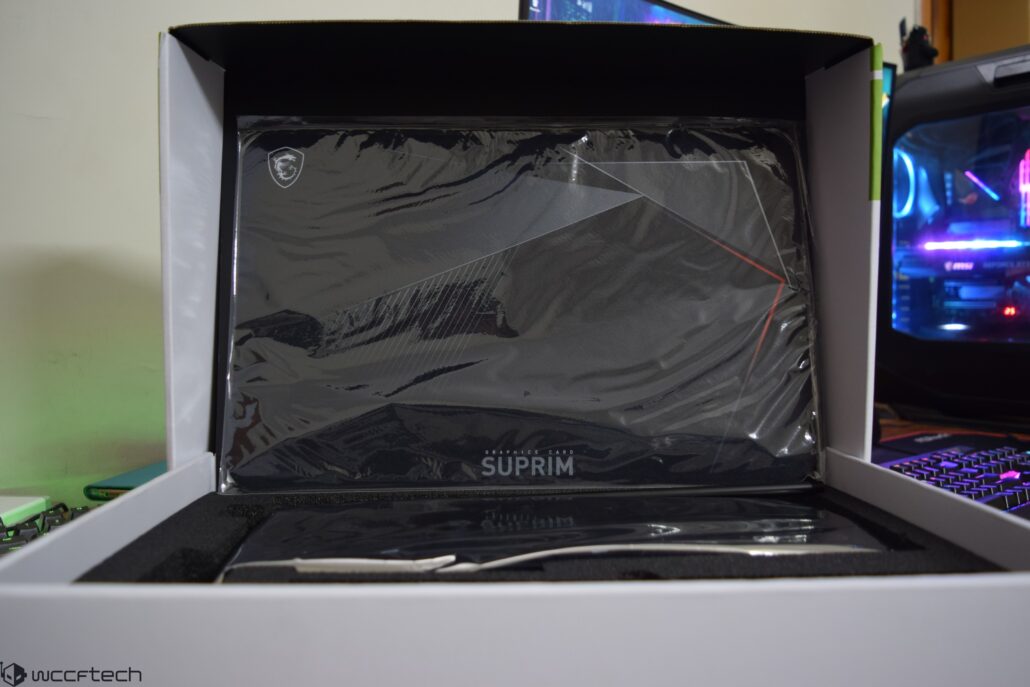 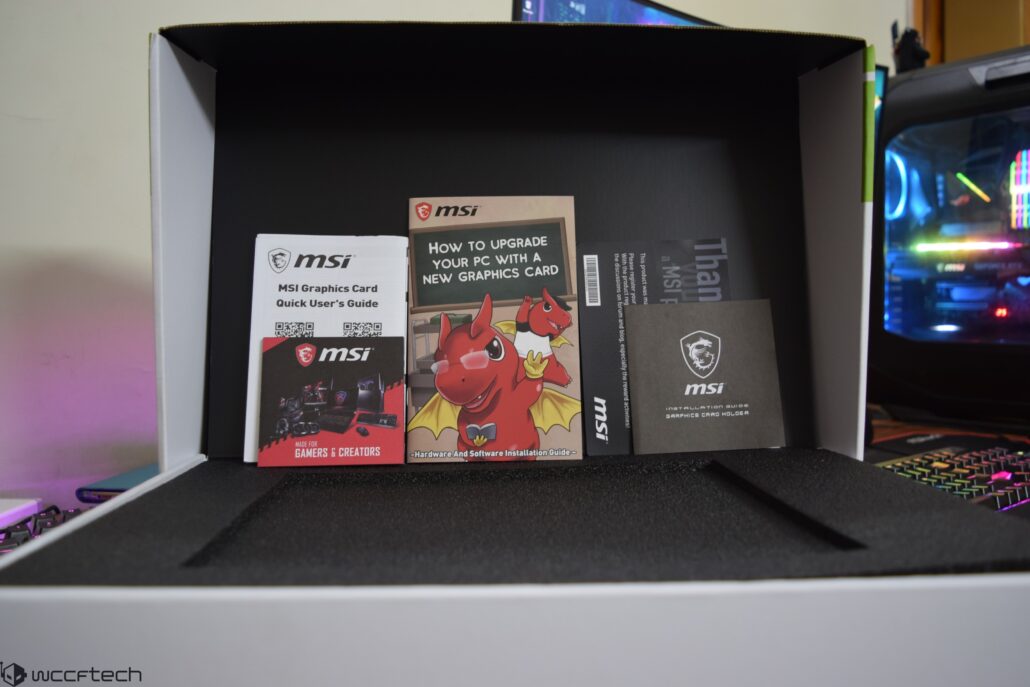