MSI’s Tri Frozr heat sinks are some of the biggest heatsink cooling solutions that I have ever tested. The card measure in at 314 x 120 x 46 mm and weighs 1082g. The card takes up two slots inside a chassis so it's easy to install compared to the much bulkier Gaming X Trio variants which I tested earlier. 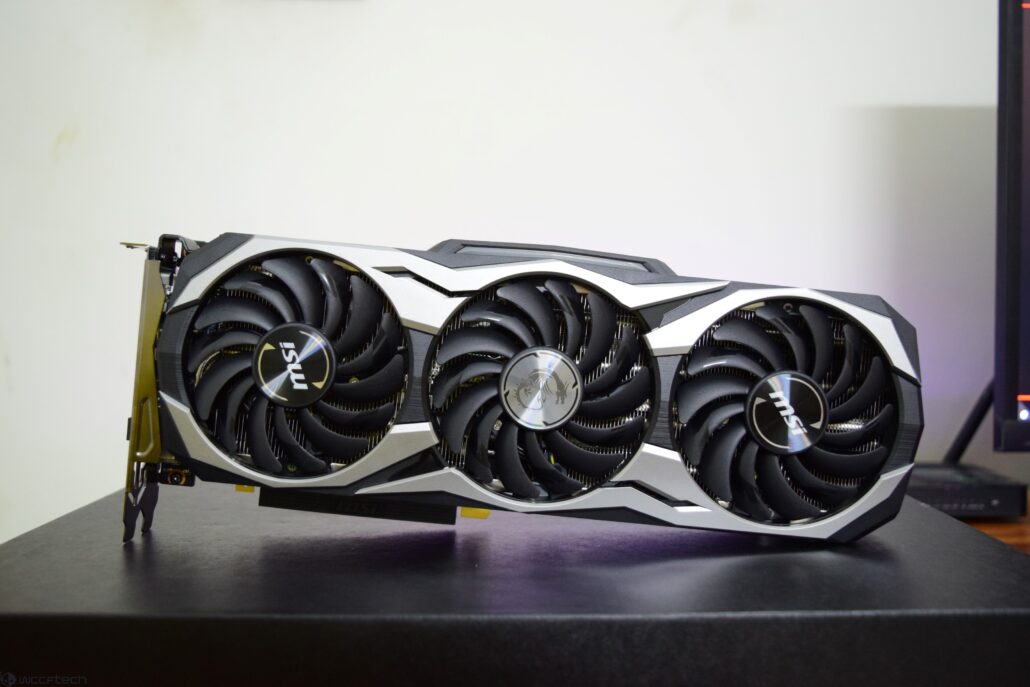 The back of the card features a solid backplate which looks stunning and offers a premium look. There's a lot of nifty features about this backplate which I will come back to shortly as you continue reading this review. 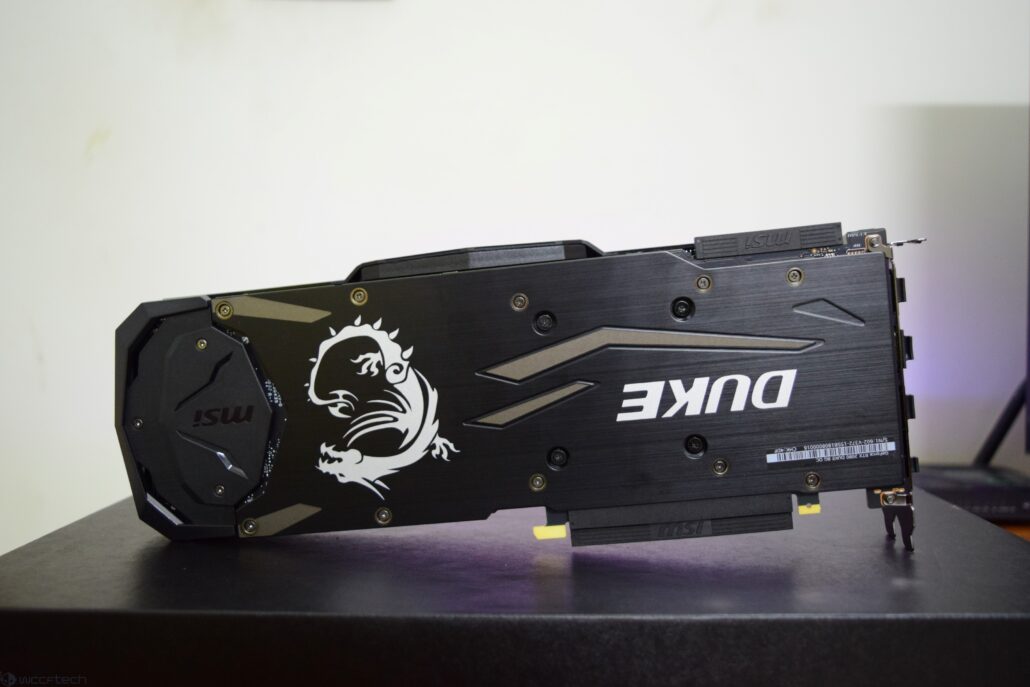 In terms of design, we are looking at an updated version of the Tri Frozr "DUKE" series heatsink which is now in its fifth variation. The first variation started off with the GTX 780 Ti Lightning, the second was the 980 Ti Lightning, then came the 1080 Ti Gaming X Trio and soon the 1080 Ti Lightning and now we have the RTX 20 series Gaming X Trio models. There was also a variation of the Tri-Frozr that shipped last year under the DUKE GTX 1080 Ti brand but now the series has got more attention to detail. 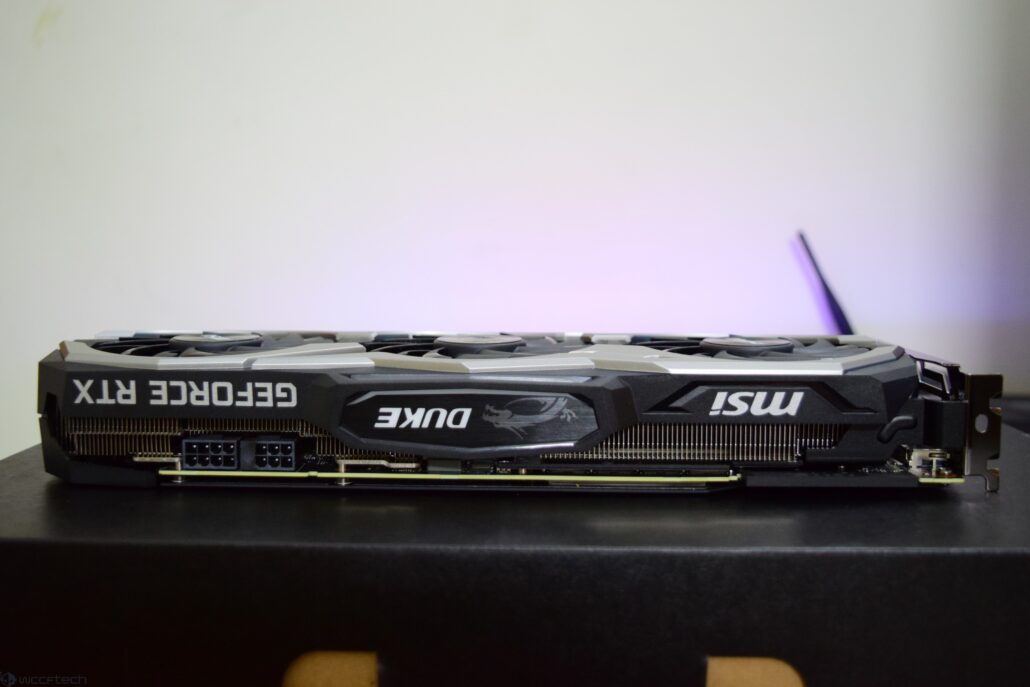 The new heatsink looks like a more tamed down version of the Gaming X Trio with the main changes being the shroud and heatsink design that feature an aggressive shroud design on the front with metallic covers, absorbing the black and silver color platelets while featuring the RGB emitting accent points on the sides. 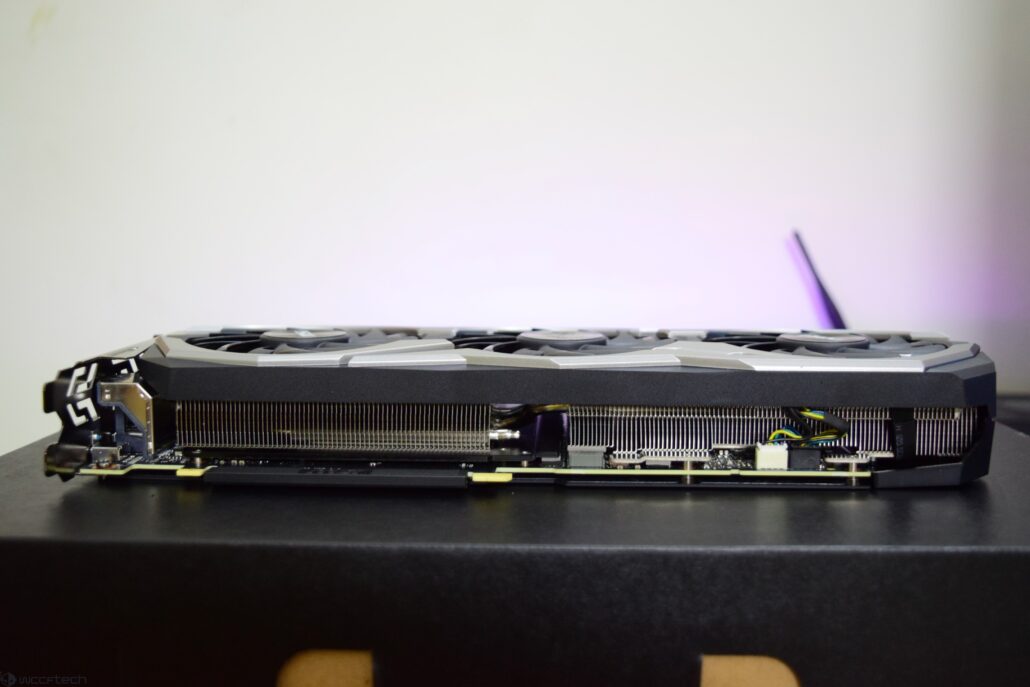 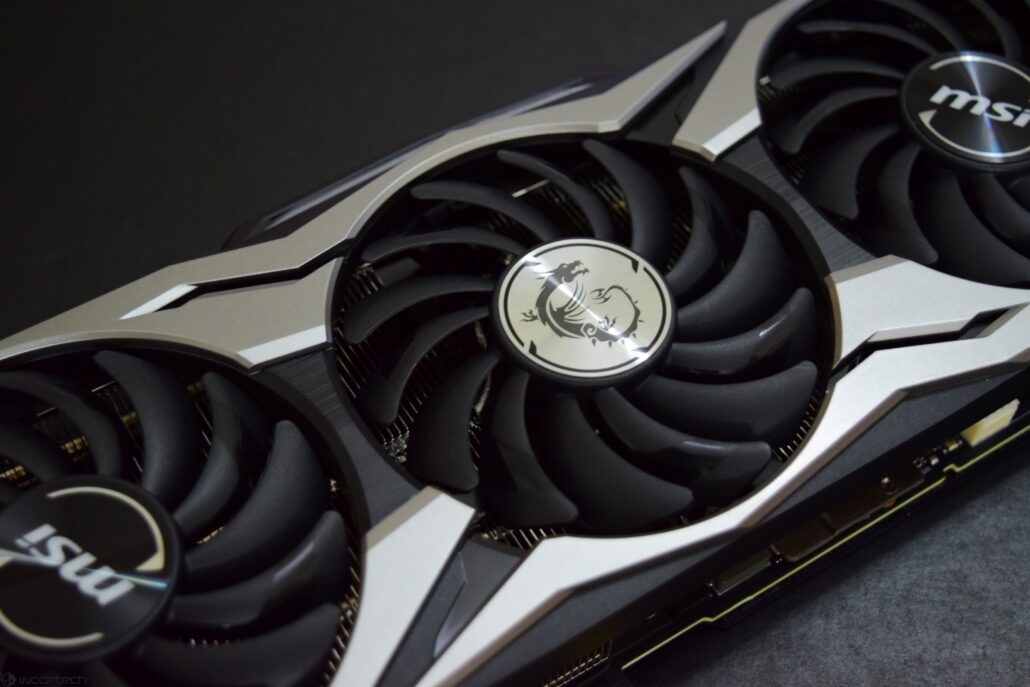 MSI also features their Zero Frozr technology on the Tri Frozr heatsink. This feature won’t spin the fans on the card unless they reach a certain threshold. In the case of the Tri Frozr heatsink, that limit is set to 60C. If the card is operating under 60C, the fans won’t spin which means no extra noise would be generated. Additionally, the fan next to the exhaust port has a different temp limit, set at 56C compared to the 60C limit for the other two fans. 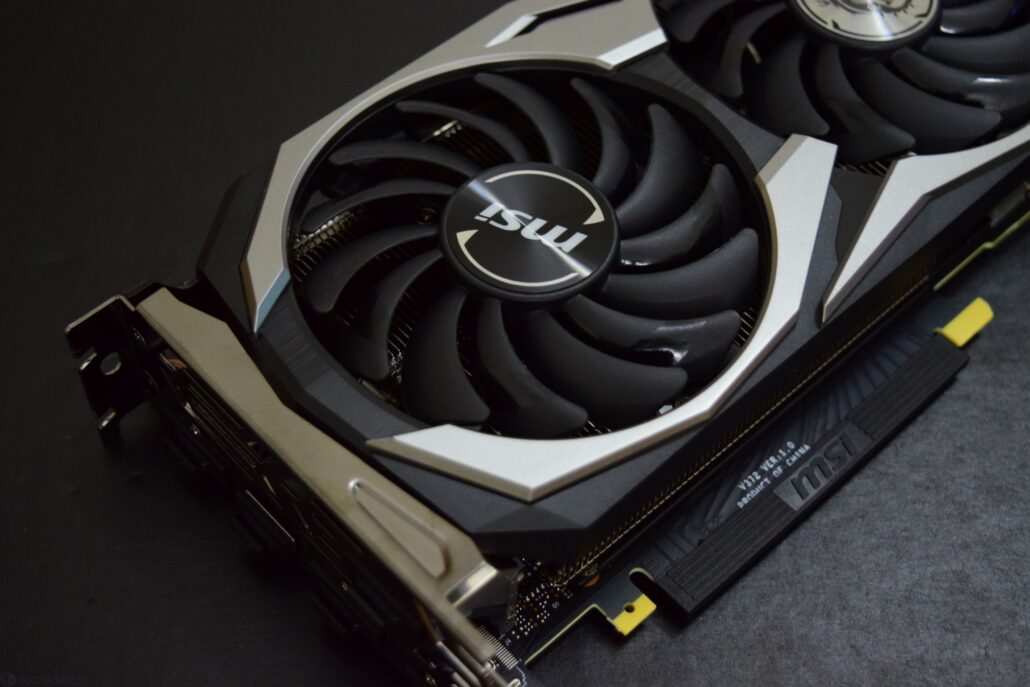 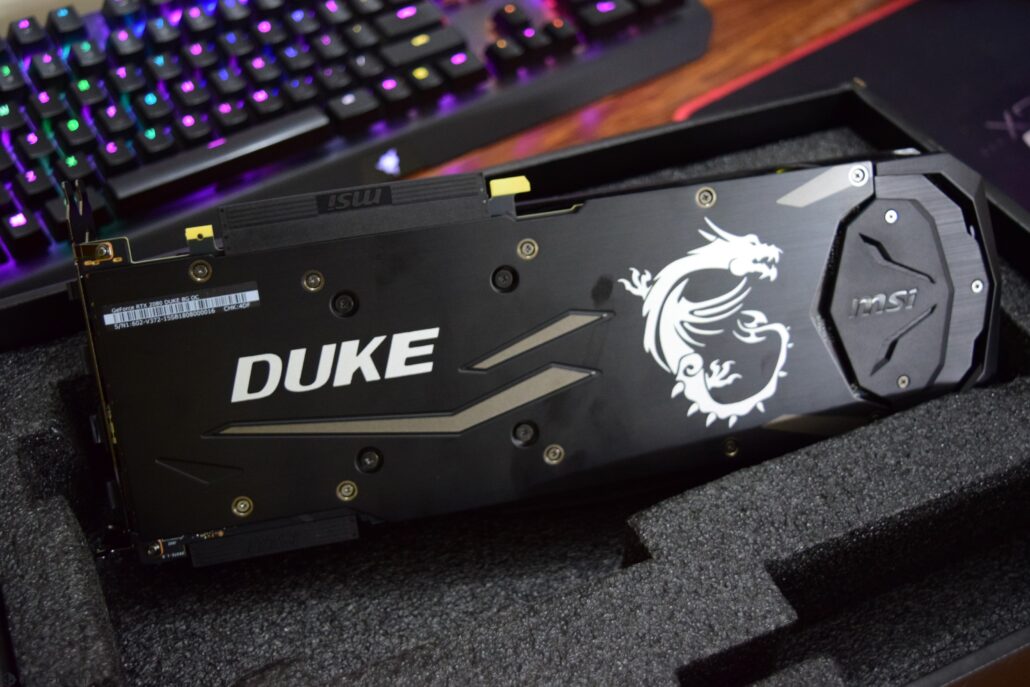 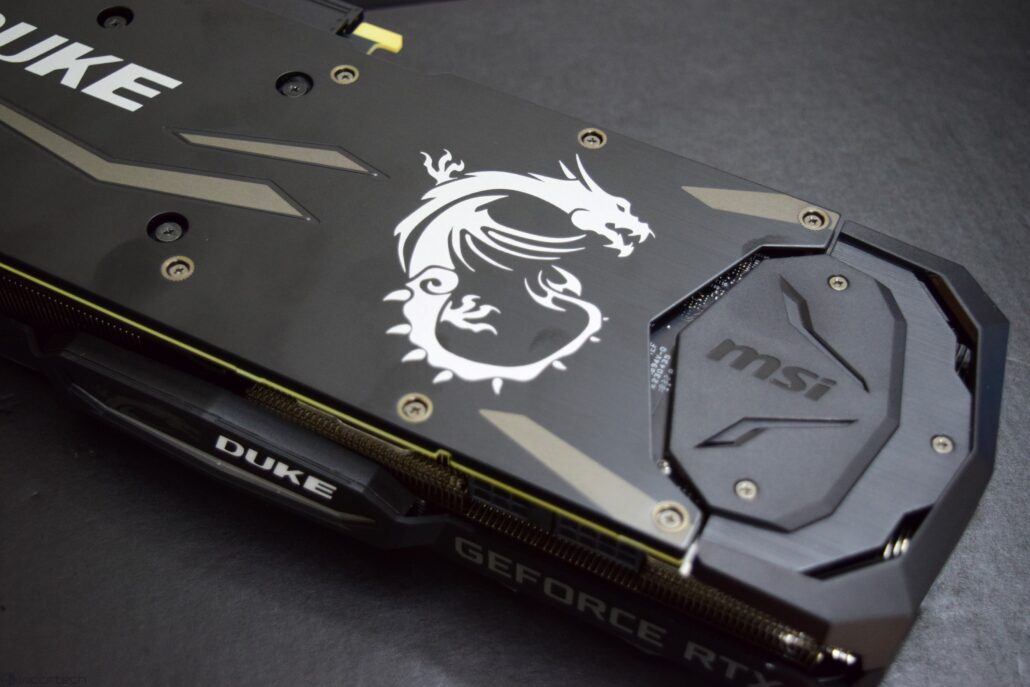 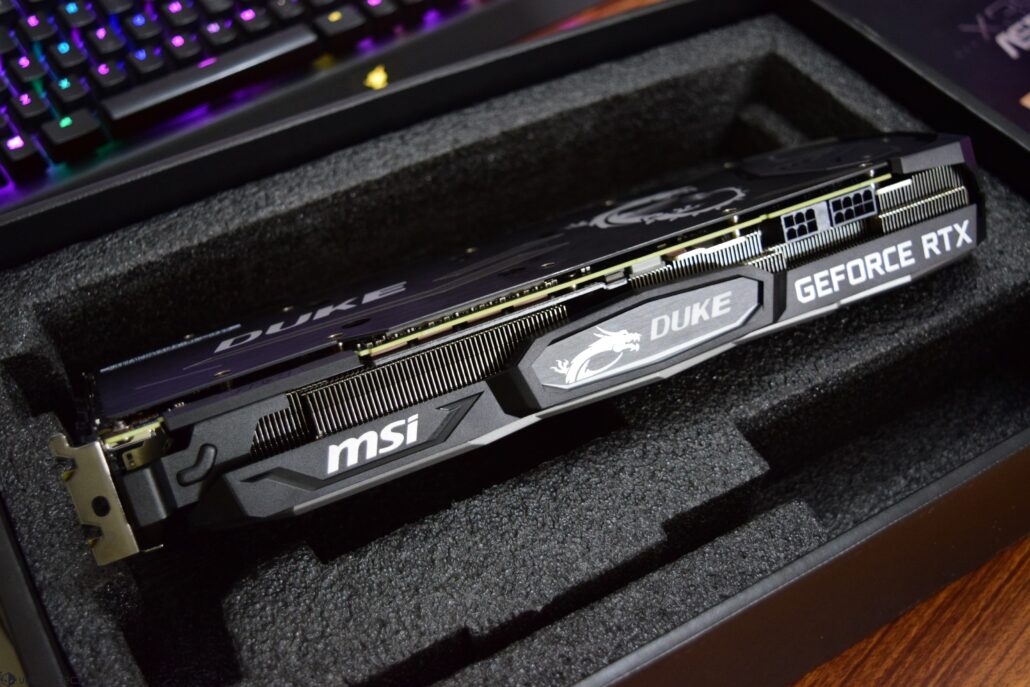 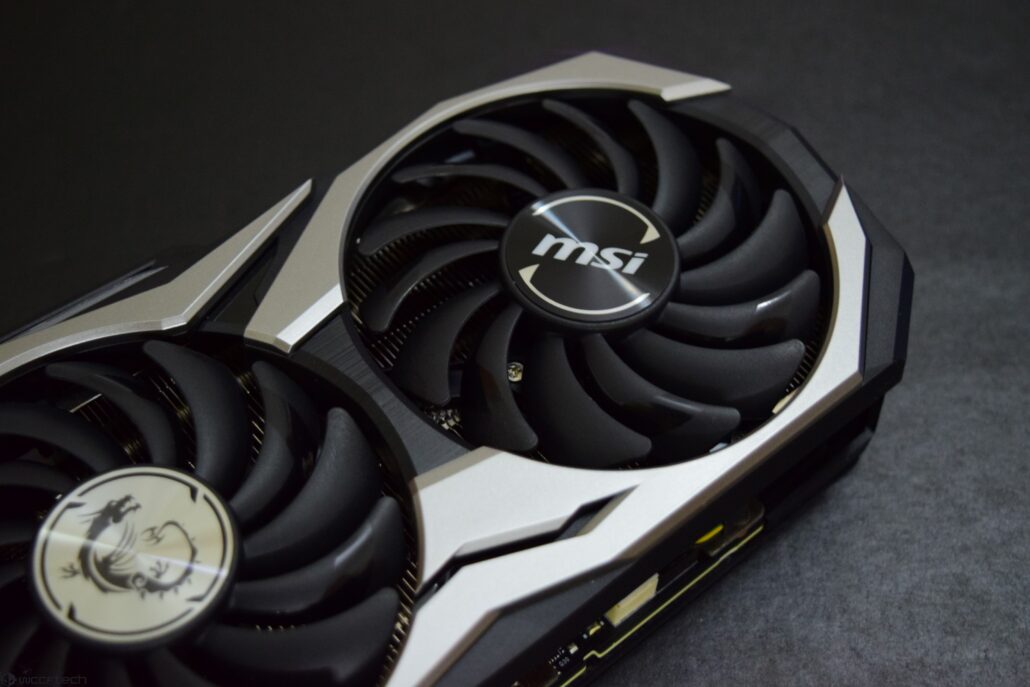 The large fin stack runs all the way from the front and to the back of the PCB and is so thick that you can barely see through it. It also comes with the wave-curved fin stack design which I want to shed some light on as it is a turn away from traditional fin design and one that may actually offer better cooling on such power-hungry graphics cards such as the Turing based GeForce RTX 2080. 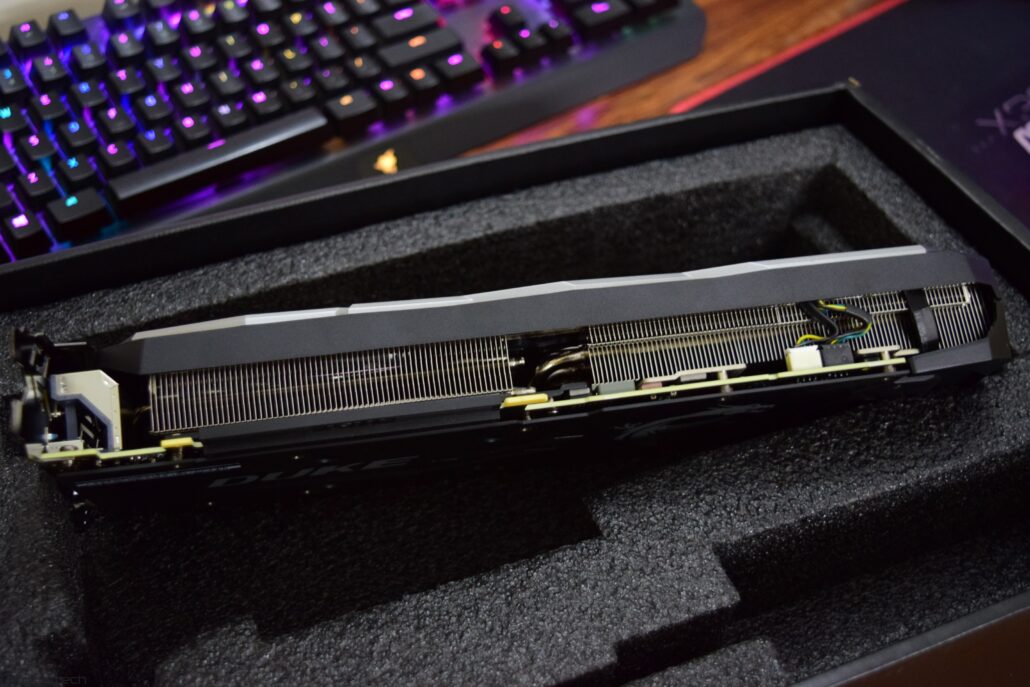 The heatsink has been designed to be denser by using an advanced airflow design. It allows more air to pass through the fins smoothly, without causing any turbulence that would result in unwanted noise. Airflow Control Technology guides the airflow directly onto the heat pipes, while simultaneously creating more surface area for the air to absorb more heat before leaving the heatsink.

The MSI GeForce RTX 2080 DUKE OC comes with a factory overclock out of the box. Being so, it uses a dual 8 Pin connector configuration. The card is rated at a TDP of 245W officially by MSI. 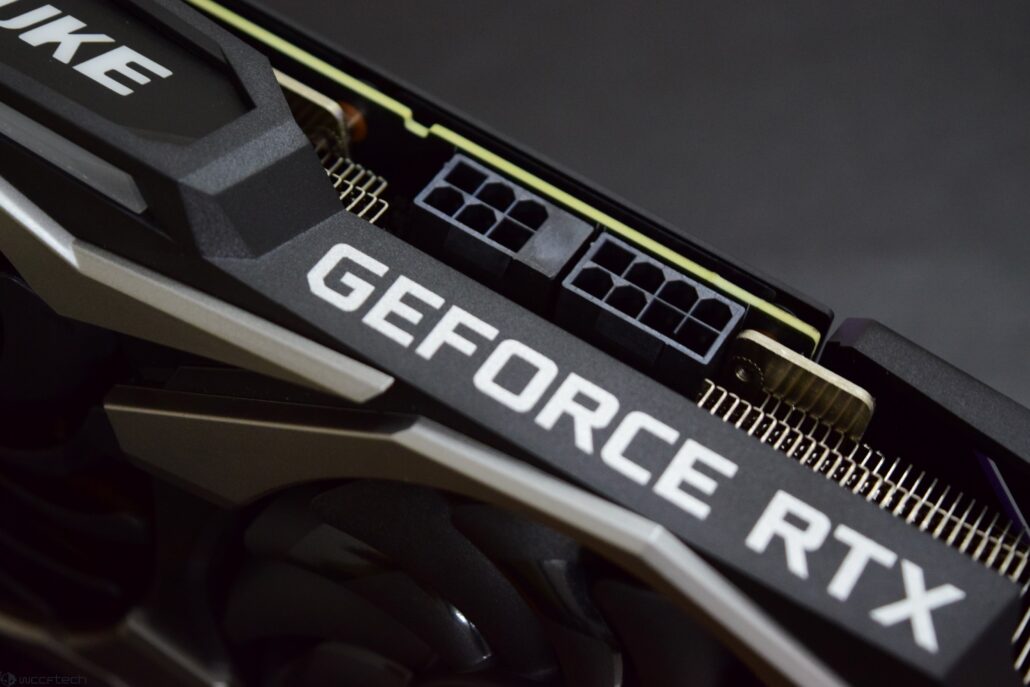 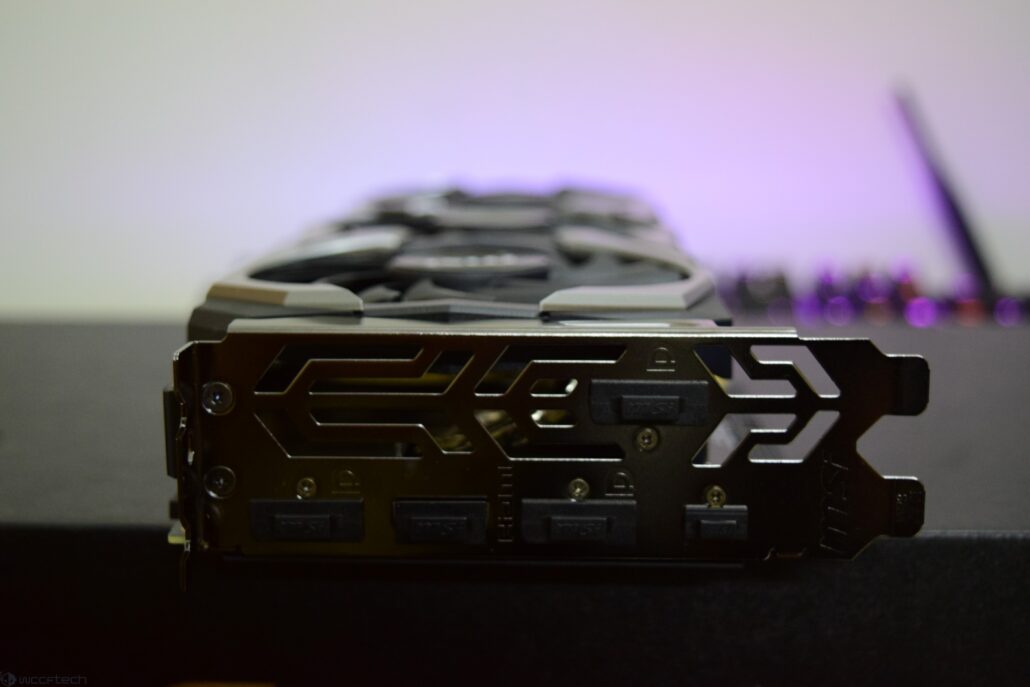 MSI DUKE OC series cards utilize their Mystic Light RGB technology to offer you a visually pleasing lighting experience on your graphics cards. The entire side logo and the accent LED bar comes with MSI's Mystic Light support. You can fully customize the RGB lights to your preference using the MSI Mystic Light application from MSI's web page.