The MSI GeForce RTX 20 DUKE OC series graphics cards come in a standard cardboard box package. The front of both packages has a large "GeForce RTX" brand logo along with the "MSI" logo on the top left corner and the "DUKE" series logo in the middle. 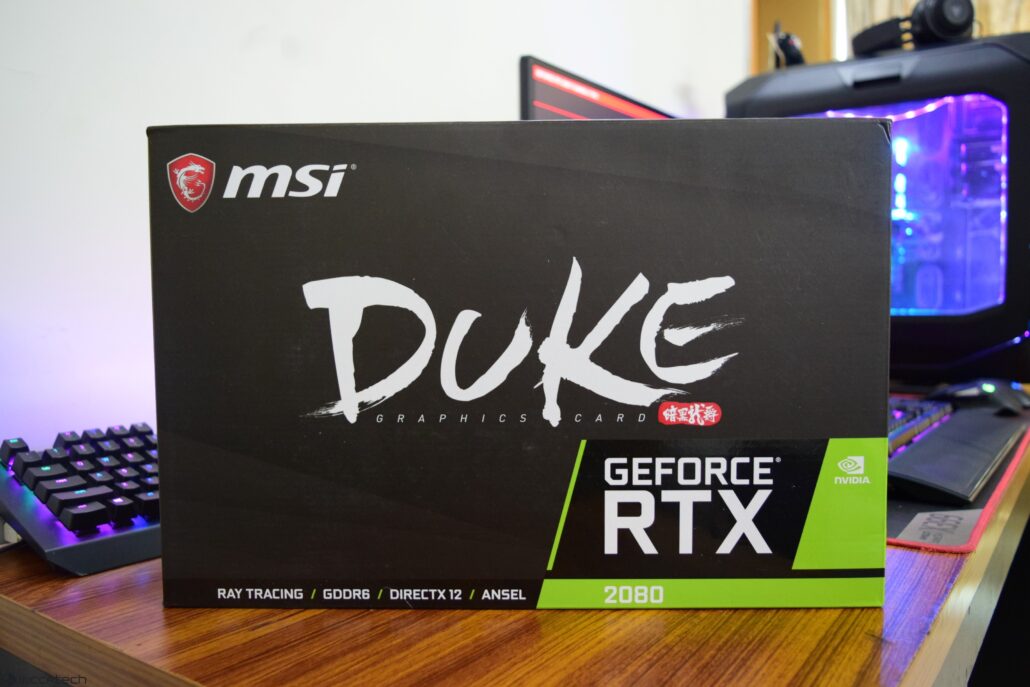 The back of the box is very typical, highlighting the main features and specifications of the cards. The three key aspects of MSI's top tier custom cards are its blazing performance which is achieved by a fully custom design, the new Tri-Frozr cooling system with tripe TORX 2.0 fans plus a new heatsink which will offer better cooling performance compared to the traditional flat surfaced fin heatsinks. 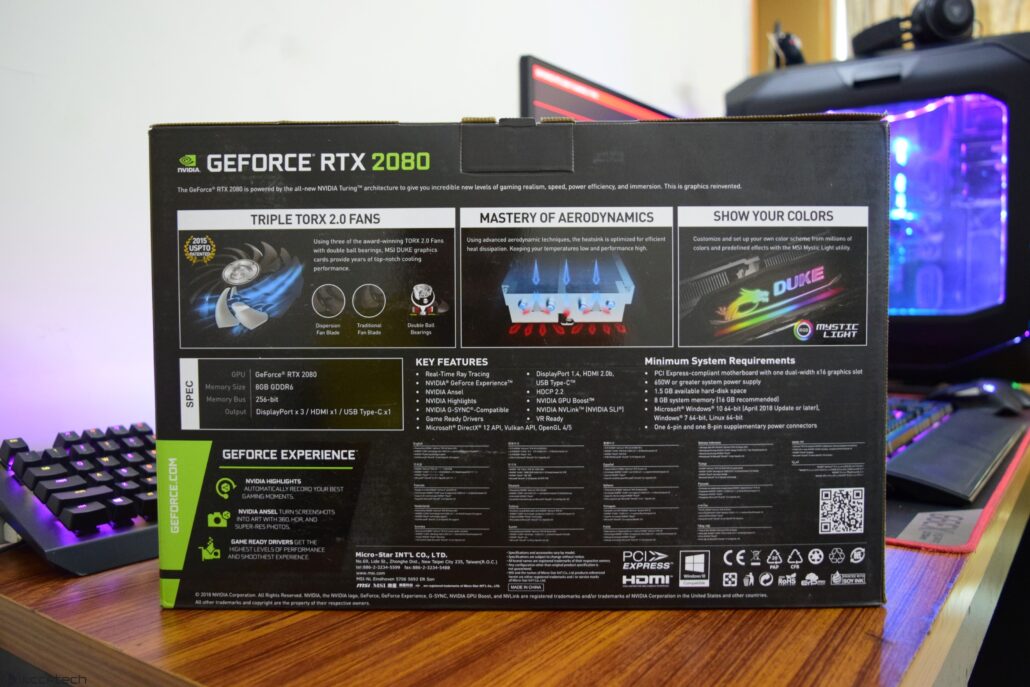 The sides of the bx once again greet us with the large GeForce RTX branding. There's also mention of the 8 GB GDDR6 (RTX 2080) memory available on the cards. The higher bandwidth delivered through the new GDDR6 interface would help improve performance in gaming titles at higher resolution over GDDR5 and GDDR5X based graphics cards. 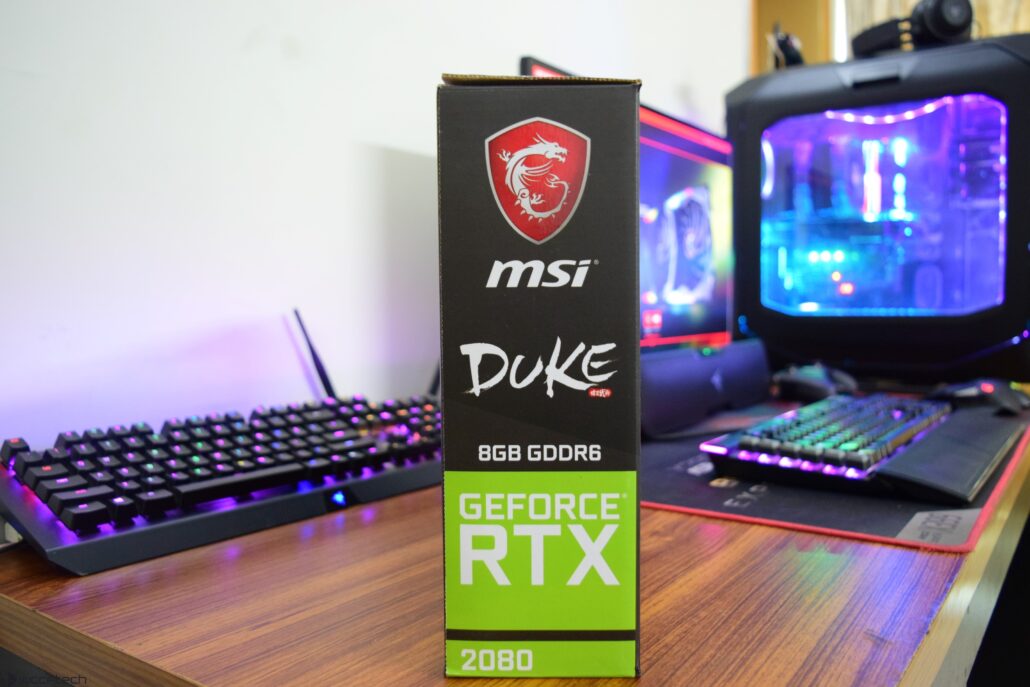 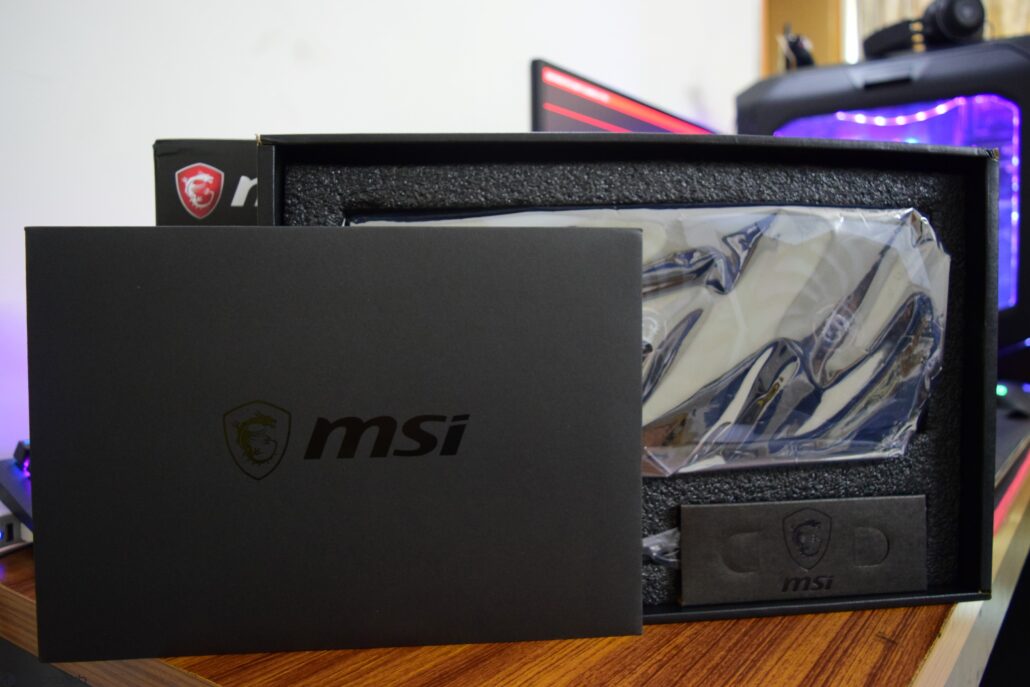 The cards are nicely wrapped within an anti-static cover which is useful to prevent any unwanted static discharges on various surfaces that might harm the graphics card. The card accessories include a Molex power connector which isn't of much use in high-end systems since the PSUs already have the required cables. 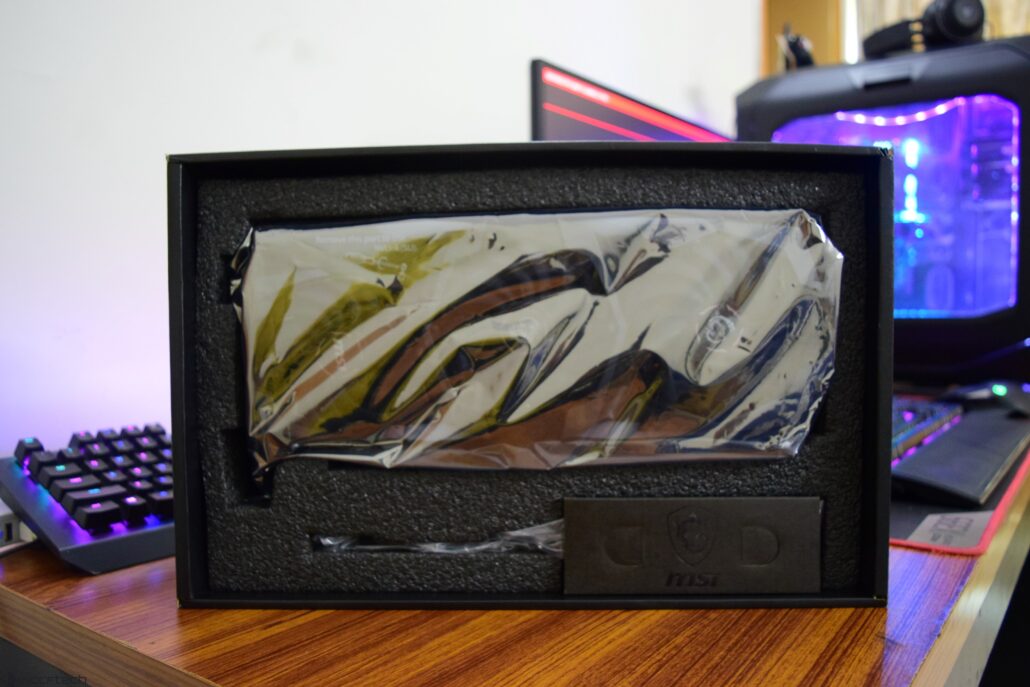 The most interesting accessory that I found in the package was a graphics card support bracket. This bracket connects the graphics card to the casing, offering better durability and prevents any sort of bending that may occur due to the heavy weight of the DUKE OC series graphics cards. 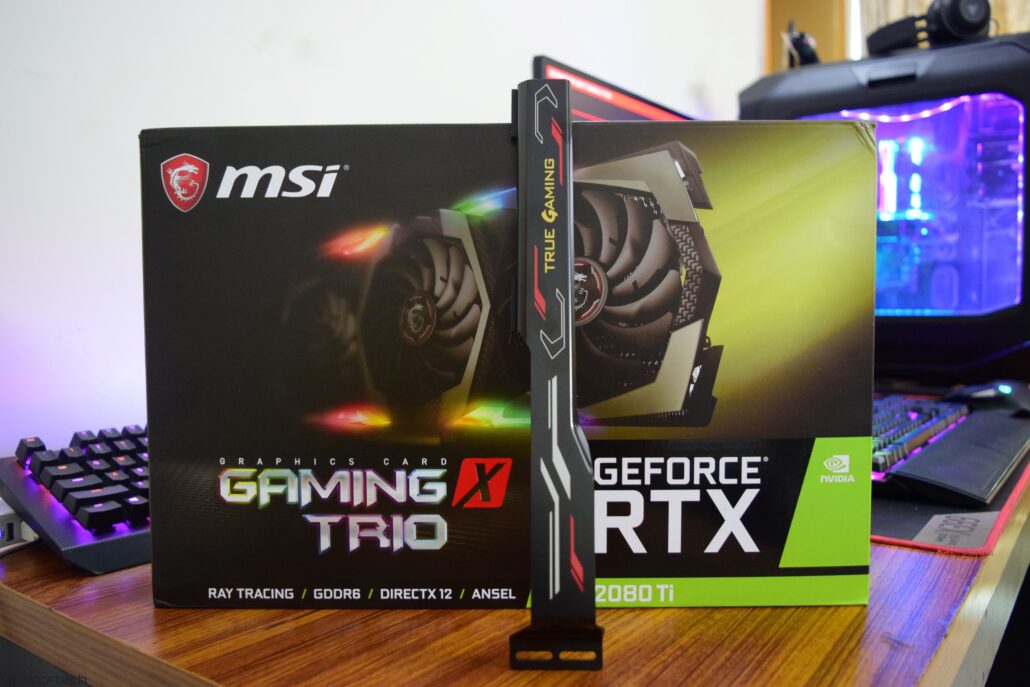 Useful manuals and installation guides are packed within an MSI labeled letter case. There is an MSI Quick Users Guide, a Support bracket installation guide, a sticker letter, the MSI DIY comic, and a single drivers disk. It's best to ignore the driver disk and install the latest software and graphics drivers directly from the NVIDIA and MSI official web pages as the ones shipped in the disks could be older versions and not deliver optimal performance for your graphics cards. 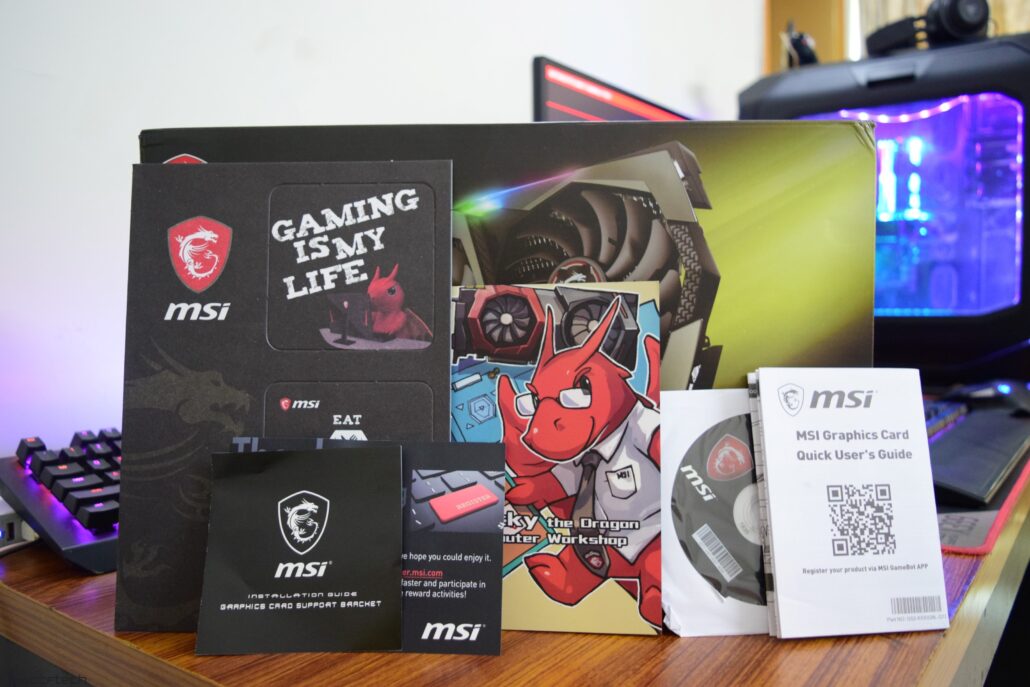 After the package taken care of, I can finally start talking about the card itself. This thing is a beast and I can't wait to test it out to find what kind of performance improvement I get over current-gen cards. 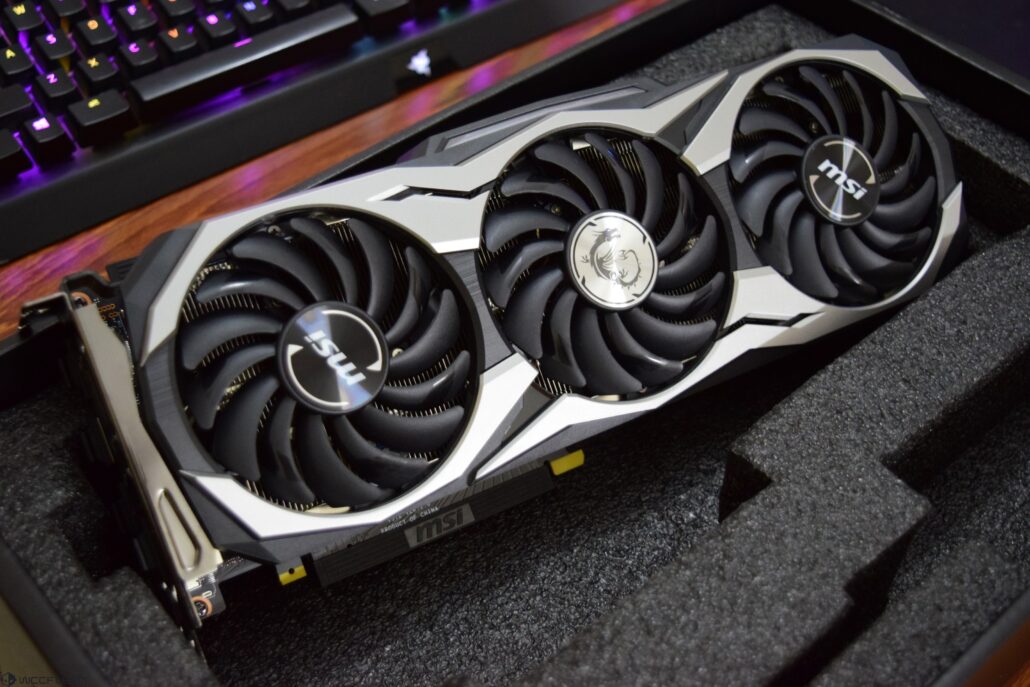