Last week, NVIDIA finally released their GeForce RTX 20 series graphics cards. Taking a complete departure from traditional GPU design and creating a hybrid architecture that includes a range of new technologies to power the next-generation immersive gaming experiences. The key highlight of the GeForce RTX 20 series was the enablement of real-time raytracing which has been the holy grail of graphics and something NVIDIA spent 10 years to perfect. In addition to raytracing, NVIDIA also aims to place bets on AI which will play a key role in powering features such as DLSS or Deep Learning Super Sampling, a unique way of offering the same quality as the more taxing MSAA AA techniques at twice the performance.

We looked at the performance in detail of the GeForce RTX 2080 Ti and GeForce RTX 2080 FE cards and thought them to be a good gain over their predecessors, the GTX 1080 Ti and GTX 1080. When it comes to pricing, the GeForce RTX 20 series are some of the most costly graphics cards NVIDIA has offered to consumers. The reference variants are great with their new cooling design and good looking shrouds but AIBs have also prepped up their own custom models which would rival the FE (reference) cards.

One such custom model is the MSI DUKE, which comes in both RTX 2080 Ti and RTX 2080 flavors. Featuring an updated design over the previous DUKE variants which was available on the flagship GTX 1080 Ti last year, the new model supports even better specifications and a re-designed cooler which looks awesome. It's worthy to note that the Tri-Frozr cooler that the DUKE OC is using is the refinement of their Twin Frozr VI cooler which was a dual fan design and has been replaced by the new Tri-Frozr in GeForce RTX 20 series on high-end graphics cards. 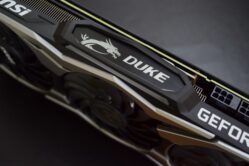 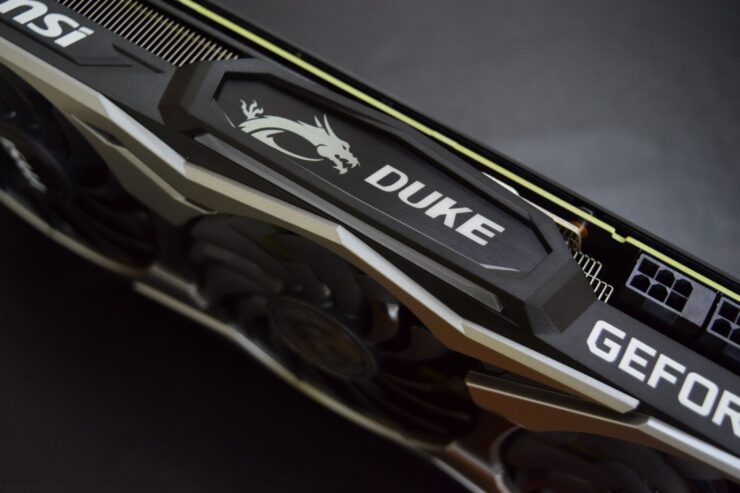 MSI's GeForce RTX 2080 DUKE OC packs a superb cooler on a nicely designed Founders Edition PCB, offering great performance at just $30 US over the NVIDIA FE solution. But the high-price for a **80 series cards and lack of RTX titles at launch still makes the GTX 1080 Ti looks like an impressive card.