The MSI GeForce RTX 2080 DUKE OC is MSI's reference PCB, custom cooler design. The extra cooling performance from the Tri-Frozr heatsink will deliver higher boost clocks on the card. Overclocking would see a benefit but you also get a slight factory-overclock out of the box that adds to the overall value of this graphics card which sticks close to the Founders Edition pricing. The MSI GeForce RTX 2080 DUKE OC will be selling at $829.99 US which is a $30 premium over Founders Edition variants.

In addition to the custom design, the RTX 2080 DUKE OC comes with a reference PCB, featuring an 8 phase iMON DrMOS power supply design that features higher quality components. Of particular note, there is a new ability to switch off phases, for drastically-reduced power consumption at low workloads, which greatly increases power efficiency.

In terms of clock speeds, the graphics card features the same base frequency of 1515 MHz but the boost clock is rated at 1845 MHz over the Founders boost of 1800 MHz.

Following are some of the features of the MSI GeForce RTX 2080 DUKE OC before we go in detail:

With the differences out of the way, now let's talk about the similarities and the main highlights of the Duke OC design. The DUKE OC is a toned down variant of the much higher end card, the MSI Lightning. Both cards use advanced Tri-Frozr coolers which are the replacement of the MSI Twin Frozr series which have been widely used on current and last generation graphics cards from MSI. 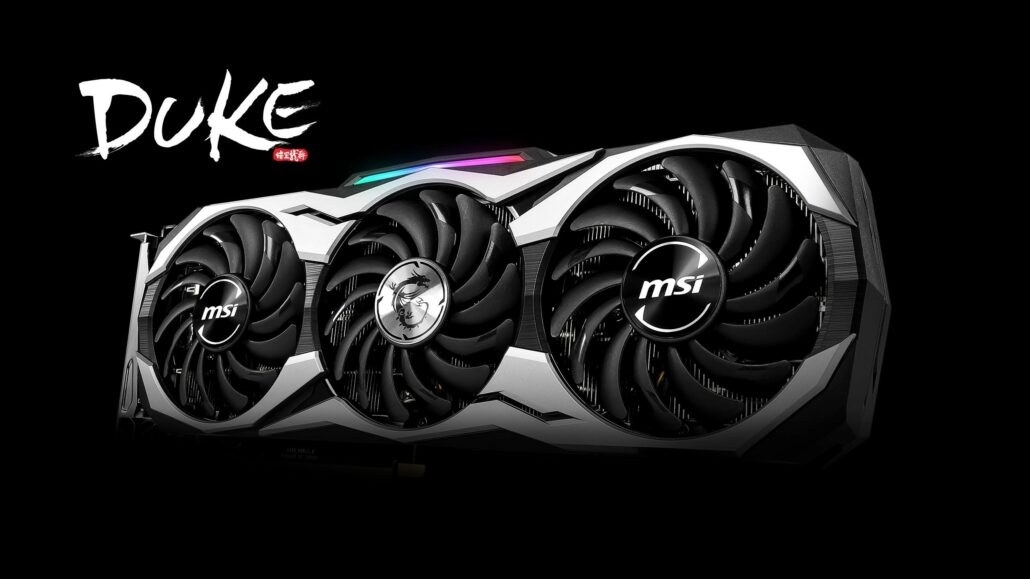 The GeForce RTX 20 Series GAMING TRIO is the return of MSI’s beastly three-fan graphics card. Only reserved for the most powerful of GPU’s, the TRIO Series features a mix of black and gunmetal grey with elegant shapes and a classy brushed metal backplate that matches the front.

This looks great with the gorgeous RGB effects found on the front and the side of the card, which can be controlled using MSI’s Mystic Light software and made to synchronize with other RGB components.

MSI has incorporated and refined a couple of things in the new Tri-Frozr design for DUKE OC graphics cards. First is the TORX fan 2.0 which uses both traditional and dispersion fan blades to accelerate airflow and push it down in a steady stream. These fans are made up of a double ball bearing design which ensures silent functionality in heavy loads. 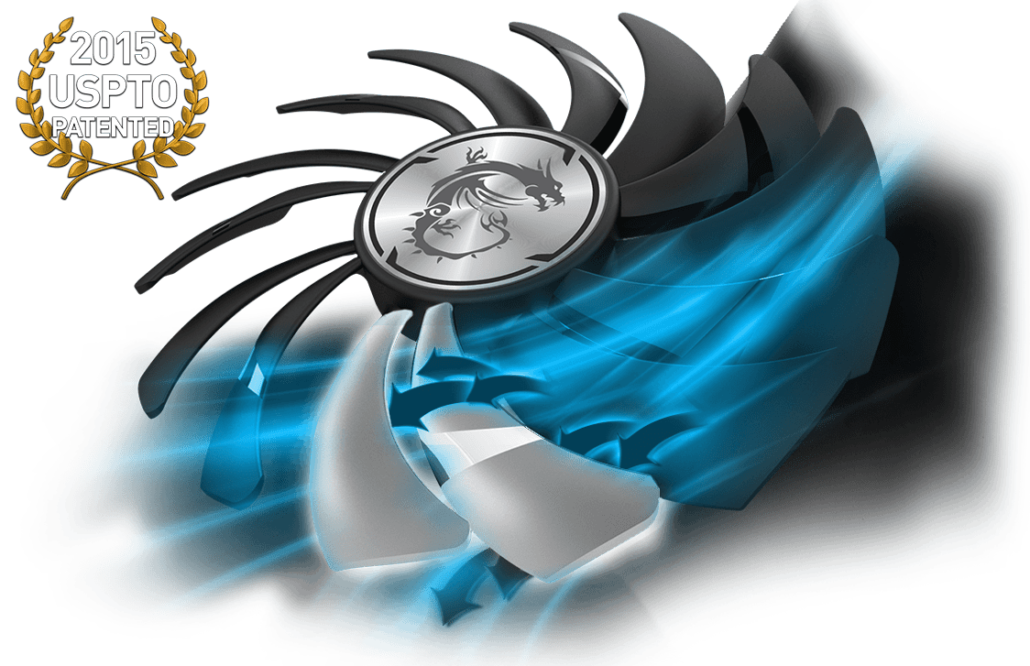 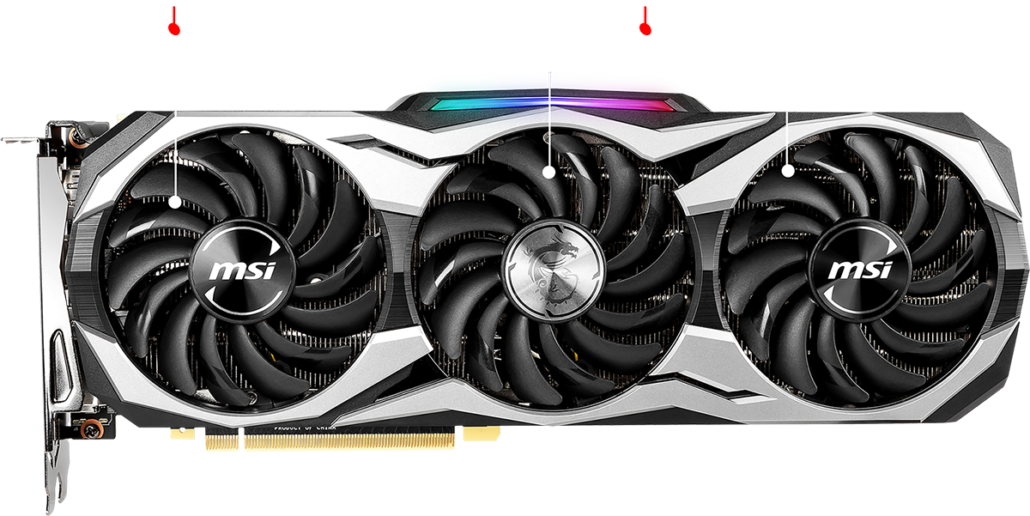 Airflow Control Technology guides the airflow directly onto the heat pipes, while simultaneously creating more surface area for the air to absorb more heat before leaving the heatsink.

Talking about the heatsink, the massive block is comprised of smooth copper squared shaped heat pipes with a more concentrated design to transfer heat from the copper base to the heatsink more effectively. The base itself is a solid nickel-plated base plate, transferring heat to the heat pipes in a very effective manner. To top it all off, MSI uses their exclusive Thermal Compound X which is said to offer higher thermal interface and heat transfer compared to traditional TIM applications.

Rocking a premium designed backplate on the DUKE OC series provides a nice visual finish to the card. It also strengthens the card and thanks to some cleverly placed thermal pads even help to keep temperatures low.