Manticore: Galaxy on Fire Review – Fun Combat But Little Else

I always wonder when playing flight games, what exactly the developers think is fun in the game. Manticore: Galaxy on Fire is yet another aerial combat game that for me, misses the fundamental joy of flying.

The freedom that comes with flight is something man has dreamed of since at least Da Vinci. Now we have actual flying machines, but as it turns out, they’re really really complicated. These games are the compromise, they promise the total freedom from the ground we’ve craved for years, but can never quite deliver.

Manticore: Galaxy on Fire is a game about shooting space pirates while your AI sidekick makes sassy remarks. There’s also a story but it felt so generic that it's hard to even remember what it was about. While the combat, what I would have hoped would be the meat of the game, is enjoyable, albeit a little simplistic, the game consistently ruined the fun I was having. While dogfighting waves of enemies, Manticore kept stealing control over the entire game. Whether it was by cinematically panning through the arenas while someone talked about something, dramatically highlight a boss or just fly somewhere, Manticore never seemed to let me experience the freedom it glimpsed at. 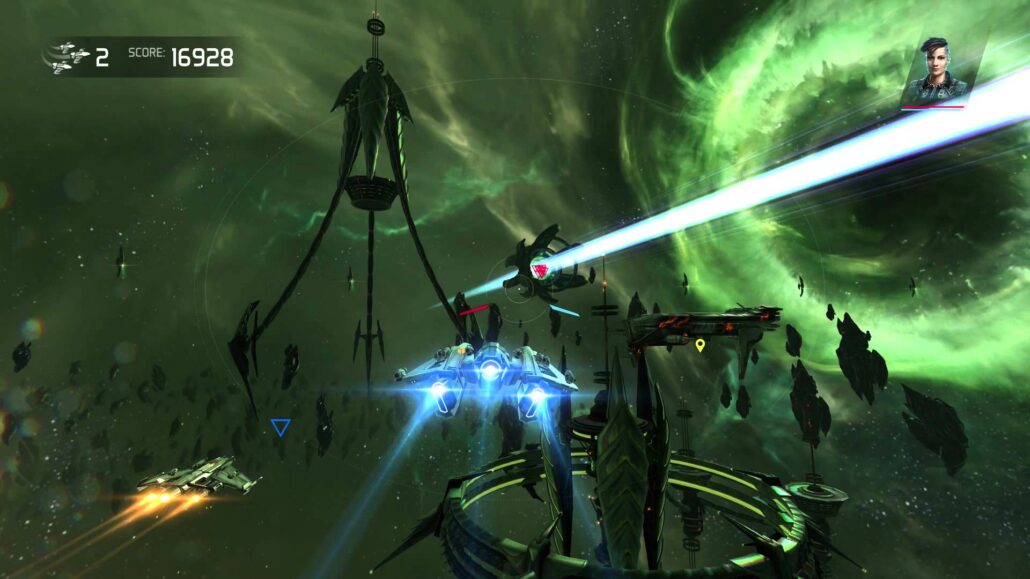 It feels hugely disappointing but oddly familiar to the genre that still doesn’t seem to know what it wants to do with itself. Games like Ace Combat and a number of other flight combat simulators struggle to balance this handholding narrative focus with the pure joy of the frantic gameplay. While other games try and marry these two features together, flight combat games almost uniquely lock them apart. And the stories themselves are rarely worth considering when you play the games. In Manticore you are a nameless drifting pilot randomly selected to join a mercenary defense force who battles pirates. There are characters and other races and a large codex of background lore and yet next to none of it is engaging. Or at least not nearly as engaging as the dogfights.

In fact, despite their simplicity, the dogfights are a lot of fun. Players must slow and speed their movement to line up an armada of customizable weaponry while barrel rolling and skirting through the ruinous environment to avoid enemy fire. The arenas are some of the most interesting I’ve seen as well. Huge monolithic space stations, ruined planets and ancient structures all dangle in the void giving you something to look at and navigate through. Manticore is kindly forgiving of accuracy and asks you only fire into an easily seen circle in front of the target. It doesn’t offer the intense precision of Battlefield's aerial warfare or the technical mastery of Elite Dangerous, but it is a simple, enjoyable experience that lets enjoy yourself freely when it isn't seizing control from the player. Even in flight, Manticore automatically tilts your ship back to neutral, as if space had an up or down, which is sometimes disorienting and sometimes annoying as it blocks certain routes you could take.

There’s also a bunch of different ships to unlock and experiment with. Their inclusion isn’t game-changing but offers enough of a variety to let each player have a favorite ship. When the game isn’t letting you play, the story is trying to engage you in a number of ways. Unfortunately, none of them quite work. Those who remember Mercenaries might recognize the format. You’re given a hitlist of the pirates' leadership that you can hunt and scratch off. It looks good and does feel good to see the names disappear but it's literally the best part of the game that isn’t flying, and there is a lot that isn’t flying. 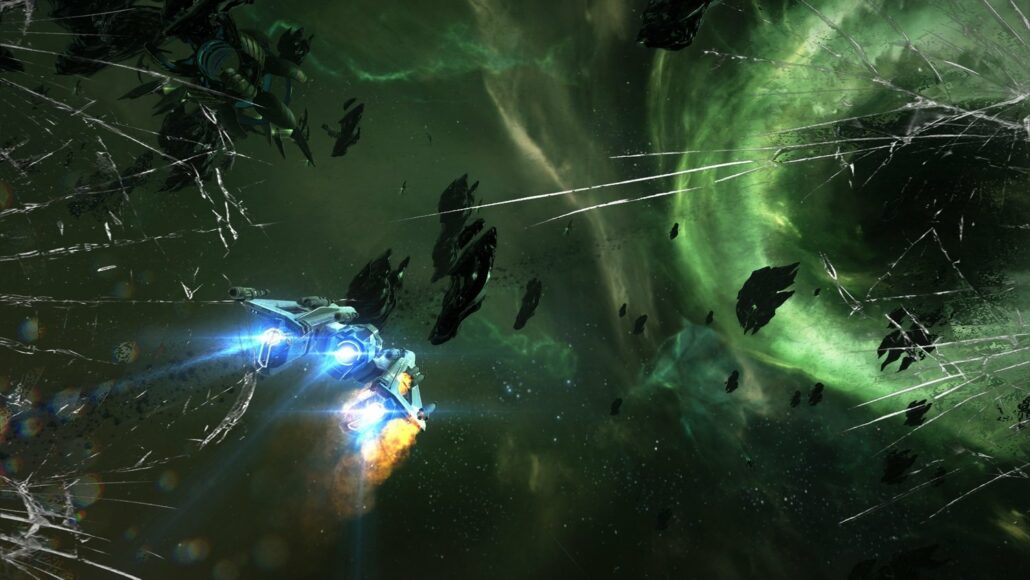 But then again the actual boss battles feel a little rough around the edges. Their health is longer, their weapons more powerful which is perfectly acceptable for a boss battle, but they aren’t always balanced. For instance, some bosses appear to have turrets that fire at you even if you’re completely behind them. This just extends the fight as you constantly have to retreat and let your shield recharge before going in for another run. It once again misses what I want, what centuries of human dreams have promised about the unbound excitement of flight.

Manticore: Galaxy on Fire isn’t a bad game, but it exists in a genre that hasn’t yet found its feet. When you can fight and fly it's incredible and works well on both the big and small screen of the Switch. While other genres have spent the past decades perfecting and refining themselves, flight simulators, to me at least, are still experimenting. Some try and focus on plot, or exploration, or combat but none yet have not managed to balance all these elements.

Manticore is a fun and simple space combat game that feels unfortunately marred by a genre that still doesn't understand its audience.