War Thunder, the highly acclaimed war simulator for PC and PS4, has received a huge graphical update with a brand-new engine as part of their Firestorm update, pushing War Thunder to version 1.53. 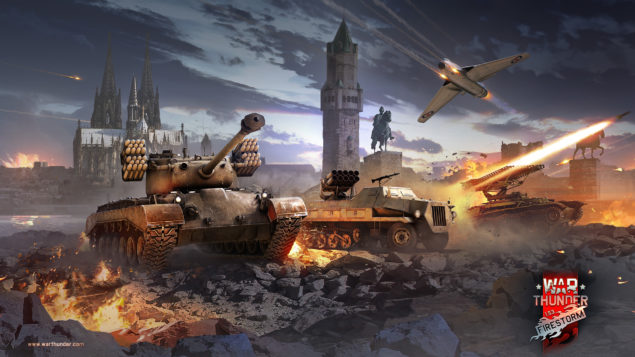 War Thunder gets a huge graphical upgrade and new content.

War Thunder has update its engine dramatically with physically based rendering, a realistic lighting technique that can make for some outstanding visuals. This new update to the underlying engine can show off some of the great attention to detail that War Thunder is known for. Physically based rendering is a method of rendering light so that it interacts with objects within its environment in a way that's consistent with actual physics. This gives a much more realistic look to the world.

Gaijin also added support for NVIDIA GameWorks, specifically NVIDIA PhysX Destruction and WaveWorks. PhysX Destruction will add to the realism already present in War Thunder. It'll let them build in larger destructible objects into the game, meaning that a lot of the terrain and map can now be destroyed, changing the dynamics of the game.

The inclusion of NVIDIA WaveWorks technology generates incredibly realistic waves and foam for oceans, seas, rivers and lakes, which will also factor wind direction and strength. All of the maps in the game will benefit from this addition, aerial and ground combat ones alike.

Patch note are below straight from the developers website: