Keeping their tradition alive of launching a new graphics architecture every two years, this year, NVIDIA introduces its Ampere GPU. The Ampere GPU is built upon the foundation set by Turing. Termed as its biggest generational leap, the NVIDIA Ampere GPUs excel compared to previous generations at everything. 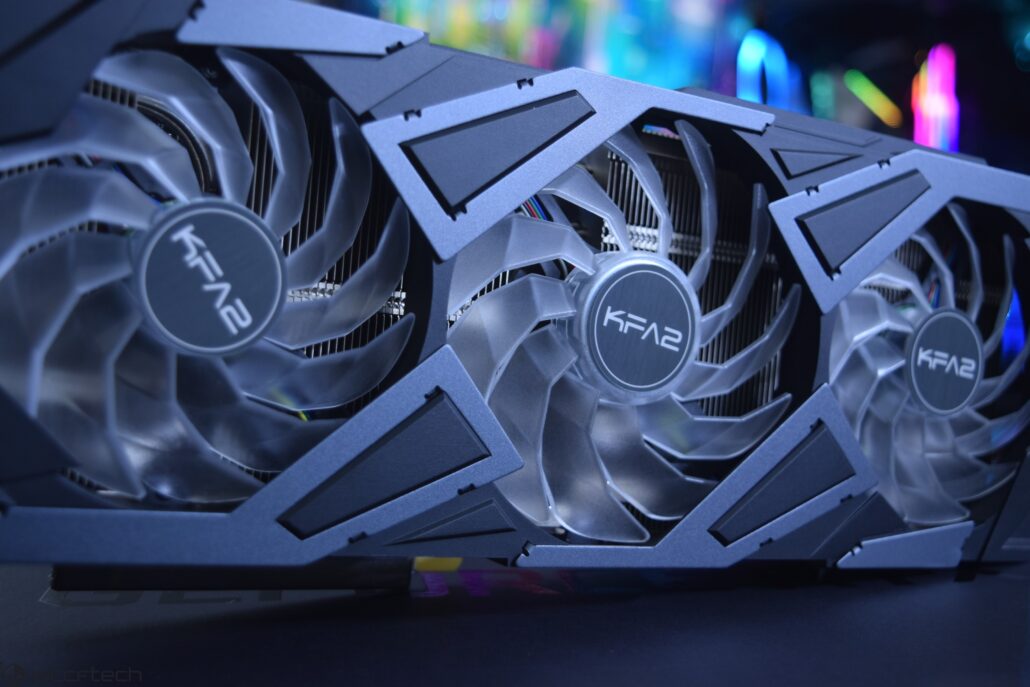 So for this review, I will be taking a look at KFA2's GeForce RTX 3080 Ti EXG graphics card which goes for a premium of over $1500 US since it is aimed at enthusiasts.

The NVIDIA GeForce RTX 3080 Ti is a force to be reckoned with. It takes the throne of the fastest PC gaming graphics card with nothing coming even close to it. It's surprisingly much faster than the GeForce RTX 2080 Ti which is its Turing-based predecessor but just being fast isn't enough for a card of this scale or price. The GeForce RTX 3080 Ti carries more cores, more memory, higher performance efficiency, and also carries next-generation ray-tracing and tensor cores that make this a truly next-generation graphics card.

The design of the card is similar to the existing NVIDIA GeForce RTX 3080 Founders Edition graphics cards. NVIDIA didn't go with the bulky BFG design like its RTX 3090 and kept the more standard 2-slot FE Flow-Through air-cooled design. The card is powered by a single 12-pin Microfit connector. Display outputs include 1 HDMI 2.1 and three DP 1.4 connectors. The card will be available to buy on the 2nd of June at $1199 US. Expect several custom models to be announced shortly by the NVIDIA board partners.