Most games are lucky if they can successfully put a small spin on an existing genre, but there’s an elite few that transcend categories, changing the gaming landscape as we know it. The PS2 Grand Theft Auto Trilogy (Grand Theft Auto III, Grand Theft Auto: Vice City, and Grand Theft Auto: San Andreas) were landscape changers. They essentially created the modern open-world template that underpins most of today’s AAA gaming industry from whole cloth, and yet, not a lot has been done to celebrate these games. The original versions of the GTA Trilogy have remained easily playable on PC and there have been some mobile re-releases, but these classics haven't received any sort of significant official update… until now.

Grand Theft Auto: The Trilogy – The Definitive Edition drags the PS2 GTA titles into the 4K era on almost every available platform, but will these remasters bring Rockstar’s classics to a new generation? Or should they be sent to sleep with the fishes? Time to cruise through the pros and cons…

It remains astonishing how quickly Rockstar advanced and matured over the course of making the Grand Theft Auto Trilogy. Today, it feels like most AAA franchises take an entire generation to move forward in any significant way, but the three PS2 GTA games were all released within the span of four years, with each new entry being a quantum leap over its predecessor.

While you have to admire the groundbreaking tech and vision of Grand Theft Auto III, the game’s writing and world-building was crude and downright childish at times (it’s hard to believe many of the same people who made GTA 3 would go onto make legitimately moving sagas like Red Dead Redemption). Meanwhile, missions were simple and clunky and the world lacked the life and depth of later sequels.

Arriving only a year later, Grand Theft Auto: Vice City was far more involving, with better characters and something approaching an actual story (albeit one liberally lifted from Scarface and Carlito’s Way). Missions still had their issues, but there were far more varied and interesting. Perhaps most crucially, Vice City feels like a specific location rather than just a generic city.

Grand Theft Auto: San Andreas saw Rockstar leave their comfort zone, with an audacious (and controversial) urban crime epic. San Andreas’ map was a huge upgrade in terms of size, playability, and personality. In-depth RPG systems were introduced, allowing you to live the gangsta life your way, right down to your order at Cluckin’ Bell. Again, if you didn’t know the Grand Theft Auto series’ history, you’d swear GTA 3 and GTA: San Andreas were released a decade and many more iterations apart.

Of course, while there’s no denying their creative ambition, these games still have their issues (as any 20-year-old titles would). The size of GTA 3 and Vice City’s maps are downright quaint, basic mechanics, particularly for combat and shooting, and laughably primitive, and a lot of mission design is utterly infuriating (particularly anything that involves escorting NPCs, racing, or fiddling with RC toys). Blessedly, you can immediately restart failed missions now, but checkpoints are still as unforgiving as ever (fail anytime during a mission and it’s right back to the start). Make no mistake, at their best, these games still have a certain laid-back charm. It’s easy to give into nostalgia and lose and few hours playing GTA Trilogy, but you’ll find yourself hitting frustrating speedbumps more often than you might remember and these Definitive Editions do little to solve the most annoying problems. Controls have been upgraded to be more in line with later entries in the franchise, but otherwise, you’re getting the GTA Trilogy warts and all.

It’s not like all the effort went to updating GTA Trilogy’s visuals either. The Definitive Edition devs have opted for a weird middle ground between a straight 4K upscale and a more comprehensive remastering. Textures, lighting, and some objects have been upgraded, but not so much that these games look even close to modern standards. Character models have also been redone, but like the game’s environments, the improvements are limited. In some cases, we get the opposite of an improvement, as outside of main characters, not much effort or care has been put into updating models. Some of these characters just look weird, particularly when the original GTA Trilogy animations are applied to them resulting is bizarrely twisted and stretched body parts. Even with their limited visual upgrades, the games still run poorly on the PS5 with GTA 3 oddly being the most sluggish of the bunch. I can only imagine how bad these games must run on older hardware. Perhaps unsurprisingly, bugs are also a constant presence, with plunges through the map and other technical mishaps being all-too-common.

Provided the games actually ran smoothly, perhaps a somewhat barebones GTA Trilogy remaster would have been justifiable if Rockstar had taken more of a museum approach. Documentaries, behind-the-scenes materials and details, and other extras would have helped put these games into proper context and made their rough edges more understandable, but sadly, we don’t get anything like that. You just don’t feel much love when playing these games, which is a shame given how much love the fans have shown them over the years. Whether it be pulling out their PS2s to play their original copies or pouring their energy into mods (which Take-Two has been doing everything in their power to get rid of recently) players seems more dedicated to these games than Rockstar itself at this point. Perhaps the only thing these remasters definitively show is that Rockstar and Take-Two are no longer the best stewards of the GTA legacy.

This review was based on a PS5 copy of Grand Theft Auto: The Trilogy – The Definitive Edition provided by publisher Rockstar Games. 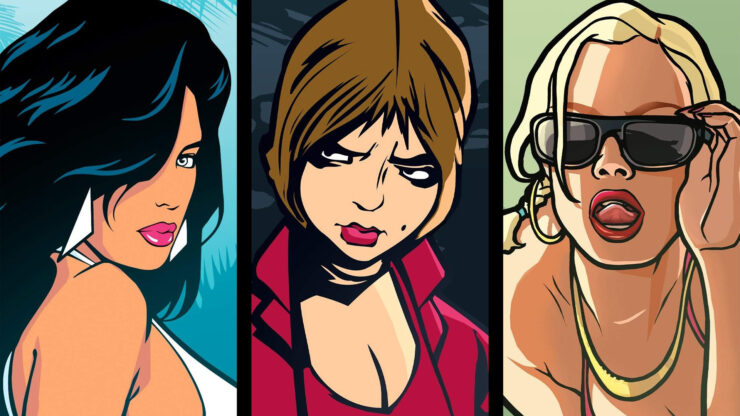