The Gigabyte GeForce RTX 2080 SUPER Gaming OC comes in at a $40 US price premium over the Founders Edition with a price tag of $739.99 US. You're paying $40 US more for a card that would deliver slightly better performance as the Founders Edition while offering a triple-fan cooler and a custom PCB design. In that regards, the pricing makes sense since you're getting a little extra than the Founders Edition and also the fact that the extra cooling would allow more stable boost clocks compared to the standard design.

But with that said, the RTX 2080 SUPER is also the least exciting part in the RTX SUPER family. The RTX 2070 SUPER offers the most value in terms of GPU performance while the RTX 2060 SUPER got a huge upgrade to its core specs.

The RTX 2080 SUPER, on the other hand, has minor changes and a performance uplift in single-digits. The RTX 2080 was already the least exciting part in the GeForce RTX family considering that it offered performance similar to a GeForce GTX 1080 Ti and the RTX 2080 SUPER only manages to push it up by a 7% avg increase. Still, I think that those who have been waiting to get an RTX 2080 are getting a lot more performance than before without paying anything extra. Summing it all up, the new card is a little less SUPER than what its siblings offer over their predecessor but still SUPER nonetheless.

In addition to the overclock, you get a nice triple fan Windforce cooler that offers better cooling than the Founders Edition dual axial fan design. It is also a dual-slot design with the standard PCB length which makes it an easy fit inside any PC chassis. The cooler is fitted with a very bulky heatsink that offers larger contact surface and to top it off, the backplate, which looks great and comes with extra thermal pads for good thermal transfer on the opposite side of the card.

Gigabyte has one of the more solid custom graphics card offerings with a sleek triple-fan cooler, fully custom PCB design and performance that you can't complain about. It's SUPER-charged with more performance over the RTX 2080 Gaming OC for a lower price and I would call it a win, even if the performance gains aren't that significant. 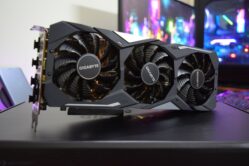 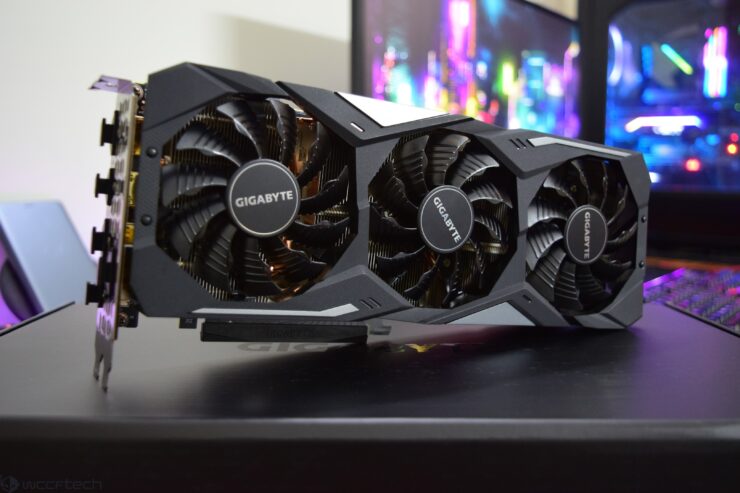