How has it been eight years since the first Gamevice launched and we’re only just now getting to the point where users can use a controller on their mobile phone without having to remove their case? Sure, there have been some like the Gamesir X2 that use Bluetooth over regular Type-C or Lightning port connections, but if you want a controller that directly plugs into the controller without any wires or clips to keep your phone suspended, usually you’d have to strip your phone naked. Since jumping ship back from Samsung to iPhone, I’ve gotten my hands on various mobile controllers for the sake of cloud gaming. I must say that the Gamevice Flex is a case study of how to get it right.

At first glance, the Gamevice Flex matches the design of an earlier release from 2022 (simply called Gamevice for iPhone) that was sized up to fit the iPhone 13 (and 14) Pro Max. Immediately two things are noticeable when the Gamevice Flex is closed up for travel: two additional buttons and a 3.5mm headphone jack that feels like more of a luxury than a standard feature on mobile controllers, even in the $100 range. However, it’s when you unfurl the Gamevice Flex that its most unique feature stands out.

Gamevice Flex is the First Mobile Game Controller that Adapts to Your Phone Case; Set to Release on October 25

The secret feature is spoiled when the end user takes the Gamevice Flex out of the box and is greeted with a sizing chart and multiple boxes of strangely numbered components. The purpose of those plastic pieces is apparent as players discover that they are indeed used as spacers on both sides of the Gamevice Flex’s internal grips. What Gamevice has come up with their Flex is a sizing system that lets users find the perfect fit for their phone of choice, both with or without a case.

Now, it should be fairly evident given the form factor on the Gamevice Flex, but it doesn’t quite fit with the Samsung Z Fold 4 (you’d need a minimum clearance of 15.8mm, while the Gamevice Flex for Android can fit up to 14.1mm which is still a modest range of phones and cases). There are a few other limitations to what can fit for obvious reasons, such as phones that have a dust cover to block the charging port (you’d have to cut those off to make them fit) or those with multiple pieces that lock together like the Otterbox Defender line.

In full transparency, Gamevice also offered to send a case along with the Gamevice Flex to test the adapter functionality, and I received an Otterbox Symmetry case with MagSafe for my iPhone 14 Pro Max a couple of days before the Gamevice Flex arrived at my doorstep. When I finally got to unbox the Flex, I was greeted with those five boxes of adapter pieces: one box of left pieces, two boxes of right pieces, and two boxes of phone adapters. Those phone adapters are intended for when you’re using your iPhone out of its case so for my purposes, I tried out the rubber molded pieces, and just as the name would suggest, only the Large sized adapters would fit the iPhone 14 Pro Max.

With the cardboard case adapter selector in hand along with your chosen phone and case, it’s as simple as sliding the side of your phone into holes in the key one by one until you find the right cavity that fits your phone snugly without too much give or tension to fit in. For the iPhone 14 Pro Max and Symmetry case, I settled on L25 on the left side and R15A on the right. The right side piece is actually trickier to figure out as the Gamevice Flex includes different thicknesses on the backplate that lines around the Lightning port. I first tried the R15B with a raised lip and while the phone fit in securely, the adapter and case combined were just a hair too thick to plug in via the Lightning port. Once I swapped to the R15A variant, everything worked as intended and I was greeted by a blue illumination of the new Gamevice button on the controller to show it was getting power.

One area of concern with the case adapters for the Gamevice Flex is the installation and removal. Given that these are essentially milled pieces of plastic, they don’t have too much resistance to bending and may be prone to snapping (if you don’t lose them first). To install the adapter, simply slide the adapter plate face up through the guide holes on either side of the case until it clicks in. Once in place, there’s a slight horizontal wiggle for ply but the rivets should keep the adapter from falling out. However, removal does take a bit of finesse to get out. To reliably get the adapter plate out, I would have to simultaneously lift the adapter plate while tilting to one side to release the adapter from the controller shell. It’s an awkward transition to remove the plates but unless you change cases every day of the week, you should be fine to find the right fit and leave it in place. I’ve tossed the controller in my bag and font traveling or bike rides and no amount of jostling and shaking has gotten either adapter piece to fall out when not in use.

Gamevice has a very signature design for folding up the controller when not in use, with the two back pieces nestling into each other. It takes some practice to get the phone to fold neatly into itself and this would be one point I would give to similar devices like the Backbone One that simply pulls out horizontally to accommodate your phone. Also, the Lightning port remains exposed even when the controller is folded up, so do take care not to pack any open candy or soda in your bag when traveling with the Gamevice Flex.

Once the Gamevice Flex is plugged in, players could just as easily hop into Call of Duty Mobile, Xbox Cloud Gaming, PlayStation Remote Play, or whatever controller enabled app they have on their phones. However, with a new button dedicated just to launching the hub, Gamevice would very much like players to use that button to quickly access their new Gamevice Live app. From here, players are greeted with a variety of games and services that Gamevice says will work with their controller. However, it is the illusion of a launcher. Picking a game from the list greets the player with a trailer, the option to add to favorites, and a How to Play guide that links viewers to a YouTube tutorial showing how to access that particular streaming service. Despite being logged into the Xbox Cloud Gaming web page, there isn’t any hook to get from the Gamevice Live app into the Xbox app, or Stadia, Geforce Now, or any others for that matter. Thankfully, Apple Arcade and App Store titles can be downloaded directly from these game pages with just a quick tap of the Install button and the Get button that pops up. Remapping that dedicated button isn’t possible, nor is there a way to disable it without completely uninstalling the Gamevice Live app from your phone.

I’ve gone on for so long about the case-holding capabilities and limitations of the Gamevice Flex that it’s time I actually mention something about the controls. The triggers are easily the star of the show, with the Gamevice Flex boasting the same Hall effect in prior models but with a much smoother pull with a nicely defined amount of tension. Whether I was playing a first-person shooter or RPG, they were comfortable for longer stretches with a large lip to the concave curve to keep your fingers in place. Similarly, the joysticks make no compromises from what players can expect from the big three console manufacturers and held up through dozens of hours of use with no scuffing to the textured grip around the rim or elsewhere. However, the D-pad and buttons still leave some to be desired (and let’s be honest, most mobile controllers don’t get the D-pad right). Both sets of inputs have a mushy membrane feel underneath that’s such a distinct sensation shock from the finesse of the triggers from the same controller manufacturer. While it’s certainly not the worst directional pad I’ve gotten my thumbs on in recent years, it just lacks any satisfaction from multiple inputs or even rolling around in a full 360 motion. Positives I’ll have to admit for the Gamevice Flex’s directional pad are the single-piece design and raised lip around the end of each direction, giving the player’s thumb a smooth place to rest when not using the left analog stick.

Let’s just get this out of the way: the Gamevice Flex is the best controller that the company has put its name on. With a unique adapter and sizing design that supports a wide array of phone cases, it’s fantastic to see companies realize that players don’t want to compromise between gaming and durability on their phones. While some hallmarks of Gamevice’s weaker aspects are still present in the Flex, this is one controller that’s worthy of being on your holiday wishlist. 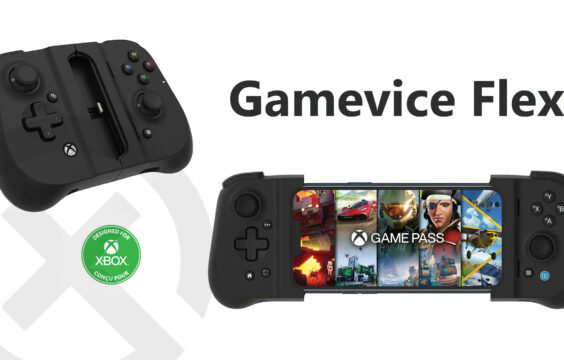 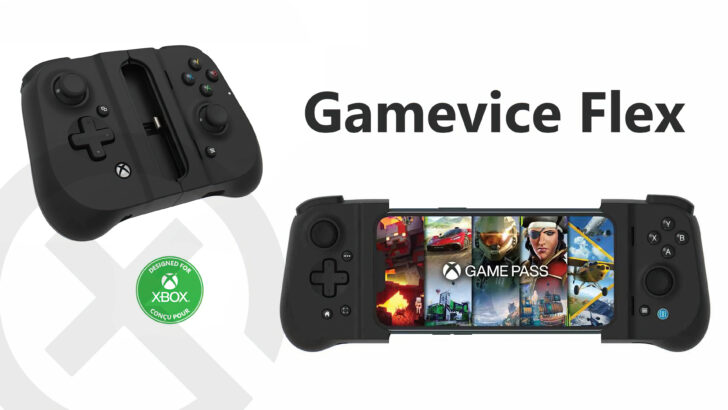 The first mobile gaming controller in its class with case adapters for a wide range of phones, the Gamevice Flex fits a unique niche of gaming peripherals for those that want to hop into Xbox Cloud Gaming on the go without stripping their phone out of its protective case