The first consumer platform to support DDR4 memory was Intel's Skylake Z170 family & the respective Z170 motherboards. The memory initially came with native speeds of 2133 MHz but since then, AMD and Intel, have modified their platforms to not only support faster native clock speeds but also allow for higher clocked DIMMs to be supported by XMP profiles that have been tuned specifically by motherboard manufacturers to support a large range of memory kits with clock speeds beyond the native design.

With the launch of Intel's 10th Generation Desktop CPUs, we got to see the brand new Comet Lake-S Z490 platform which features improved I/O and support for fast DDR4 memory up to speeds of 5000 MHz. Today, I will be taking a look at two memory kits that are specifically designed for the Z490 platform and see how raw memory speeds and tightly tuned timings affect the Z490 platform as a whole. 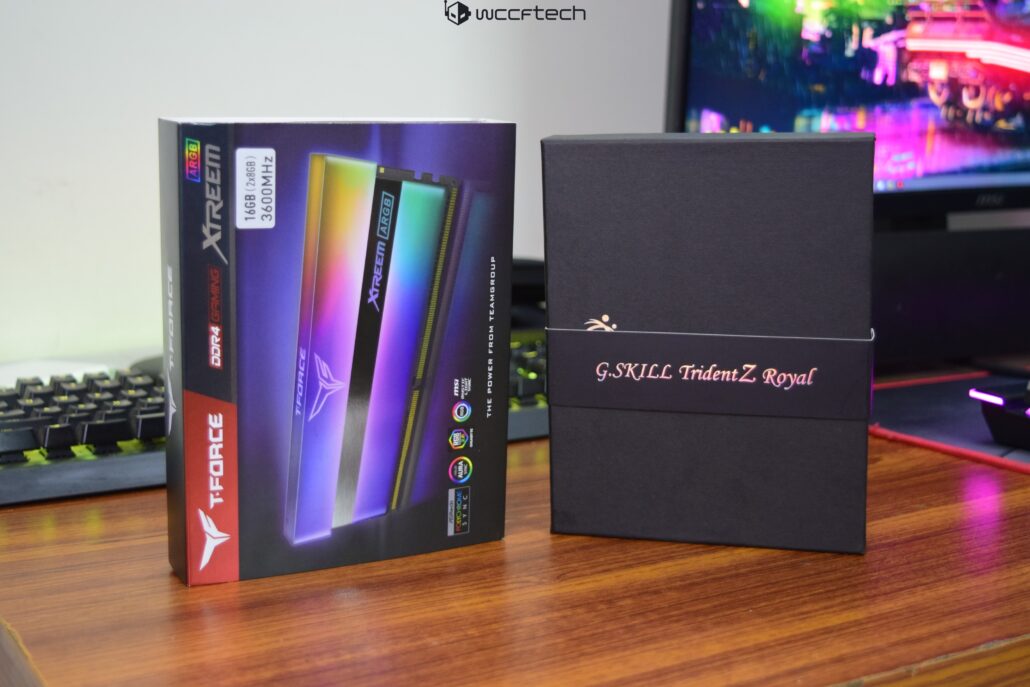 Both of these series have now become the choice of enthusiasts and overclockers as they come with an impressive specifications list and some of the best design schemes on the market. CES 2018 saw G.Skill presenting their new Trident Z Royal RGB memory, a DDR4 memory kit that stays loyal to the Trident Z design but offers a royal touch to it. The memory kit sure seemed spectacular and since then, G.Skill has offered Royal series kits with speeds of up to DDR4-4800 which are truly impressive. 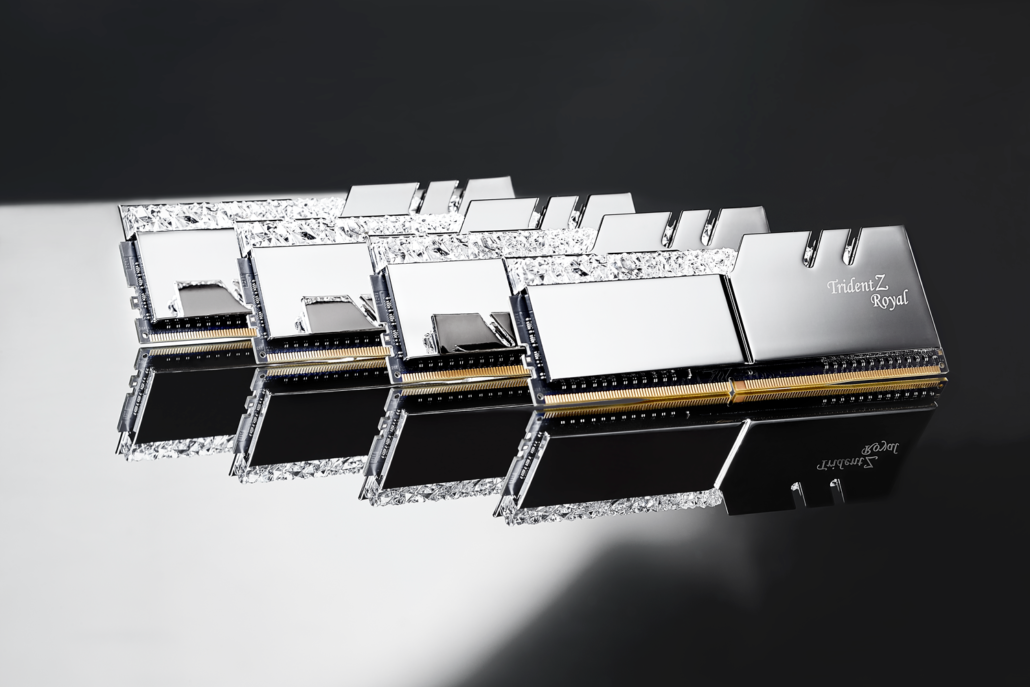 The memory kit has a tested latency spec of CL18 and the timings are 18-19-19-39-2N for this specific kit. The voltage set at reference is 1.40V and the memory kit comes in an unbuffered package with non-ECC (Error Correction) design.

The memory kit is fully compliant with Intel's XMP 2.0 and can be easily set to its rated clock speeds through the BIOS shipped on the latest Intel motherboards. Memory compatibility differs from motherboard to motherboard so make sure that your board is high-end and rated to support high clock speed memory sticks.

G.Skill offers a limited lifetime warranty with their G.Skill Trident Z Royal RGB series memory kits. The height of these DIMMs is 44mm or 1.73 inches. They are a bit bulky and the heatsinks extend from the top making it harder to install these with a dual-fan heatsink cooler. Make sure there's enough space with an air cooler before installing these. The kit would go perfectly well with an AIO liquid cooling solution, leaving room for the RGB lighting showcase.

Since the arrival of DDR4 memory in the mainstream market, Teamgroup started a separate line of DIMM kits under their new T-Force brand. The T-Force brand is the more enthusiast and gamer aimed memory series with a sheer focus towards quality and performance. For this review, I will be taking a look at Teamgroup's latest T-Force Xtreem ARGB DDR4 series memory. 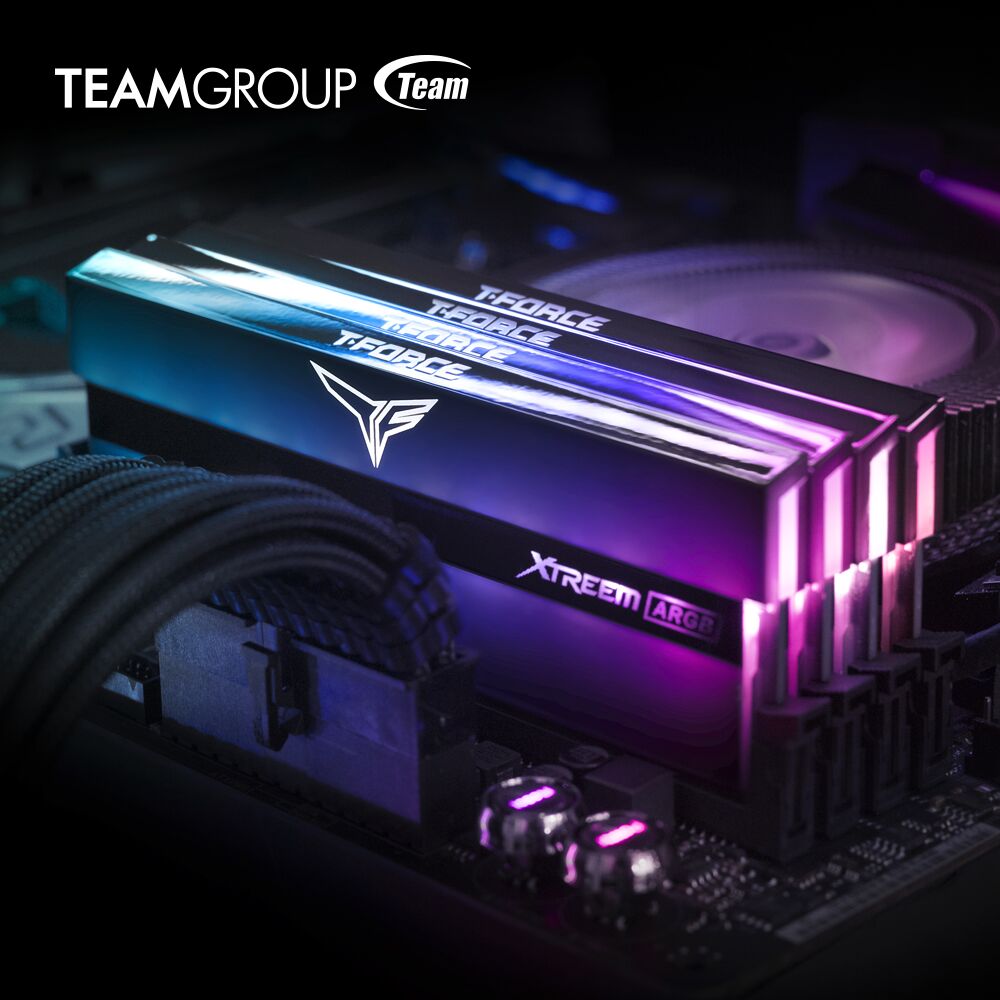 The Teamgroup T-Force Xtreem ARGB 16 GB DDR4 memory kit is one of the most interesting design choices I have seen on a DDR4 module. The kit I received is optimized at a clock speed of 3600 MHz (PC4-28800). The memory kit consists of two 8 GB DIMMs which make up a total of 16 GB DRAM of capacity. Some main features of the T-Force DARK Z series are listed below:

The memory kit has a tested latency spec of CL18 and the timings are 14-15-15-35 for this specific kit. The voltage set at reference is 1.35V and the memory kit comes in an unbuffered package with non-ECC (Error Correction) design. The memory kit is fully compliant with Intel's XMP 2.0 and can be easily set to its rated clock speeds through the BIOS shipped on the latest Intel motherboards.