If you wanted to say one thing about Madruga Works, the developers of Dawn of Man, it's that they are well and truly settled within their niche. Sure, they've only made two titles, but both are about the building and settlement of an unforgiving and relentless place. Their first release, Planetbase, had you colonising Mars. Now, in Dawn of Man, you're tasked with starting civilization as a whole and let me make one thing clear, it's no easy task.

Why? Well, not only are you pitting yourself against the elements, trying to gather enough mud, sticks and animal skin & fur to make into houses, clothing and of course using the rest for food, weapons or tools, you're pitting yourself against other, bigger, animals that don't take too kindly to being used in my progression from lowly stick-using numpties to lowly iron-using numpties.

Several games have you building settlements, cities, space-domes or any number of other inhabitants for people, as well as the things that work around these people - from the food they consume to the jobs they perform. Some are pleasantly easy to jump in, not necessarily pressuring you and simply offering a reasonable but overall forgiving challenge. That would be your Tropico. Others are considerably more unforgiving, punishing you in a way that seems unfair, often giving you what are essentially no-win situations or punishing you for taking even the slightest of risks. That would be your Banished.

Dawn of Man is closer to the latter end of the scale, only without the unfair punishment. It will punish you though, don't get me wrong about that. If you've overstretched by pushing for a larger population, but haven't been killing enough animals to get hides, you're going to have a horrible winter and people will die. You can domesticate animals once you've advanced enough, though if you don't have the straw to feed them, the great dog and sheep massacre of whenever-it-was will return, bringing a tear to my eye. Particularly as one of my better hunting dogs perished, what remained of her meat somehow ended up in the cooking pot with her bones going towards a new harpoon for fishing.

If there's one thing to keep in mind while playing Dawn of Man, it's that the animals have minds of their own. Not only do they have minds of their own, but they also have a libido the size of Ron Jeremy's. I've had my places overrun with animals at points. Useful if you can feed them, not so much when you can't and they're everywhere. Overcrowding also leads to sickness and disease, something you're fairly ill-equipped to solve at this point in human history.

So, naturally, survival feels like an achievement. Working with this are in-game milestones on each of the maps, as well as the knowledge system that rewards you with points as you build certain buildings, obtain so many of a particular item, resource, weapon or otherwise. Keeping a close eye on everything and actively picking and choosing what to build towards, while not neglecting the necessities, is both a challenge and ultimately compelling to play.

Fortunately, the game does allow for the automation of certain systems. You can set a work-space, such as a fishing zone, where you then set the number of people who will work in that zone and also the upper limit, should you want to set one, of the fish you want in stock. There's a lot of work, so these systems are invaluable, albeit a little clunky thanks to the UI.

It's when you start pushing for the knowledge and variety and also increasing the prestige of your eventual settlement when things get interesting. Early on you're likely to see a trader and also a few people coming over to join your tribe if you have the living space and food to feed them. Later on, you'll be attacked by raiders and wild animals while still having the environment and your diminishing resources, if you haven't been sustaining yourself well, to contend with.

It feels like an achievement when you move from one era to the next. Hell, it feels like an achievement just managing to get from one technology to the next at some points of the game. Having grown a few groups of people from collecting sticks and fending off hyenas to becoming a stone-wall surrounded settlement, with the highs and lows in between, I can certainly say I've found myself enthralled with Dawn of Man.

However, I do have some issues to talk about. One core issue is repetition, something you find in abundance towards the end of a game, particularly as you're waiting to collect literally hundreds or thousands of some items.

What doesn't help with the feeling of repetition is just how large the maps are. I understand full well they need to have some size to them, but the problem is simply that there is nothing to see. Zoom over the mountains on the lookout for more of a particular animal or resource, return home once you've told your people what to do. Rinse and repeat ad infinitum. While it's nice watching the Woolly Mammoths, bears, reindeer and a myriad of other animals wander around, it still feels too empty. I'd say the lack of other tribes is the primary cause.

I don't necessarily expect them to be building alongside me, I would just like to have seen actual pre-set settlements. Ones where we can see where the raiders are coming from, where the traders are getting their supplies and possibly where the people that join your tribe are migrating from. It's almost like the map is a representation of Dawn of Man's core issue, scale. It feels so much better when it's tighter and you're making the important decisions. Particularly so when one of those decisions is sending people on a trek to drag massive rocks across the map, just so you can build your own henge.

Later on, when you've got almost everything built, you're literally in auto-pilot, just waiting to get those remaining points, the ones that will get you the last bit of tech. It just becomes boring because raiders pose no threat (not that they ever do, thanks to moronic AI, leaving them standing at walls rather than walking around) and things seem to both be moving too fast and too slow at the same time. You're unceremoniously told about the extinction of a host of animals, too fast, but then you're going to be taking hours to even remotely come close to your text target.

If I were to make any other criticism of the game, the visuals certainly aren't anything to write home about, though I can't honestly say it bothers me at all. Why? It may not be the best looking of games but the time, effort and money that it would have cost to make that leap would have almost been guaranteed to impact the game and content available. Granted, I do wish they had mapped movement properly, it's a little jarring to see people and animals scaling mountains or swimming through a river when there's a ford nearby. Still, I'd say the right choice was made.

Do I like Dawn of Man? Yeah, I do. While that may not sound like the most convincing of answers, it's mostly because of the duality and mixture I found within the game. From the tense, engaging and genuine feeling of achievement as I moved from sticks and stones to flint, copper and further than that. From the sight of my people erecting what was essentially my version of Stonehenge. The game is full of moments like that, until the last few hours of any game, which end up losing whatever magic it had before through repetition, safety and way too much waiting around. 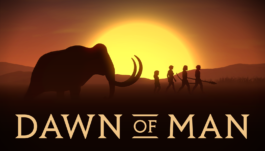 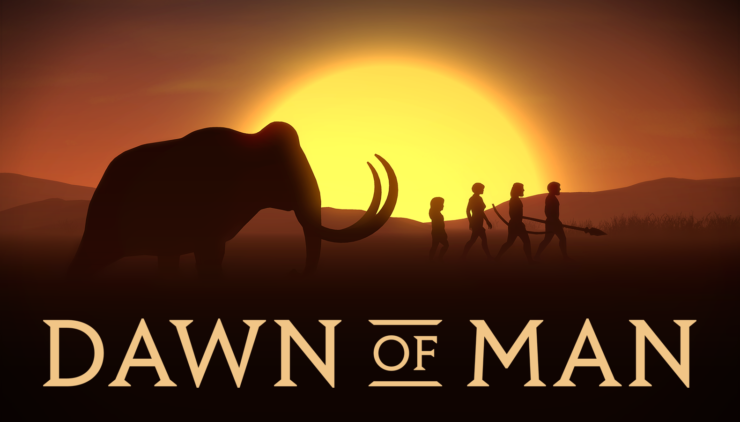 Dawn of Man is a competent city building game set, as the name explains, during the dawn of mankind. Moving through the ages, the slow progress early on leaves a real sense of achievement, made possible thanks to a strong resource system and the way knowledge is gained, working with the rest of gameplay to create an enthralling gameplay loop. Sadly this does falter towards the end of any game, even becoming boring at times, but for the most part Dawn of Man is one city building game that fans of the type won't want to miss, despite any flaws it has.