As I sit here writing my review of Pathologic 2, the sun is streaming in through the windows. It feels like one of the nicest days of the year so far, and perfectly bookends my time in The Town. Pathologic 2 is a strange game, one entirely deserving of the name. The game feels as strange and alien as the sun does to a northern lad like me, but the sinister undertones of the game are unfortunately undercut by poor design and technical issues.

Pathologic 2 is a survival thriller game set in an unsettling and often incomprehensible world, soaked in bizarre eastern European mythology. You are a surgeon, returning to your hometown at the request of your father, who is unfortunately murdered the night before you arrive. From there onwards it is your job to explore this strange place, choosing what to investigate. On top of your father's death, a plague begins infecting the town, and your doctor duties suggest that this should be the focus, but there are dozens of strange threads you can pull at if they take your fancy.

All of these routes give you an excuse to explore The Town, nameless and unknowable, but distinctly interesting. The colour palette is grey and muddy, with weird buildings popping up out of the unusual geography. It’s a great place to explore, wandering the sometimes cobbled streets as you make your way from objective to objective and is by far my favourite part of the game. The early dream-like stages of the game that introduced its weird tone made me think I understood the cult-like support the first game received.

But from the investigation to the surviving and the combat, all of my time in The Town was spent wishing it could be better. While at first I wanted to learn more about the town and its inhabitants, the process of delving into the mysteries wasn’t as engaging as I hoped it would be. Waypoints pop up on the map as you discover leads, leaving you with little to do but make your way there. The Town is great to explore, but there is no need when the map is already dotted with all the interesting things there are to do. After a day or two, you’ll have so many of little waypoints scattered throughout the map you might think you’re playing a Ubisoft game.

The dialogue is interesting. Talking to a character pulls the camera into a terrifyingly close-up, with their faces saying all kinds of things completely unrelated to the written dialogue. It's uncomfortable and very deliberate. Obviously taking the Oblivion style close-ups to its creepy endpoint. Once you get over the intense close-ups, the dialogue itself is cryptic and bizarre, with characters talking in riddles and about things and people you can’t possibly understand. It gave me a sense of the scope of the strange world I've been wandering into, which is nice, but to have that strangeness so often translated into simple waypoints is a tad disappointing.

The survival mechanics, on the other hand, are just pitiful. Players will have to balance hungry, exhaustion, and infection but managing these various bars is nothing short of frustrating. When trying to clear your name for the triple murder you definitely committed coming to town, what you really don’t want to do is spend an hour or two trying to find some toast. Your hunger and exhaustion meters dive so quickly it’ll take a lot of your time just to try to keep your head above death, which is not what I thought I would do in Pathologic 2. On top of that, resources are just hard to find altogether. Food is rare and expensive, while sourcing water is just a chore.

If you don’t manage to keep these bars up you’ll meet your fate in the form of a strange stage director who brings you back with additionally frustrating challenges. The worst of these punishments is when he makes your survival meters deplete even quicker. These parts of the game take way too much time and drag the whole thing down. Once again, hampering your chance to take your time and explore The Town and just not adding anything to the fun that could be had. At times, it feels more like the early days of We Happy Few, having learned nothing from it.

The combat system feels like yet another unneeded and poorly thought out aspect of the game that weights down the pace and makes it more difficult to enjoy. Fights are nothing but sidestepping, blocking and throwing a few punches here and there and the game would be better off without it.

Despite its dream-like quality and incredibly unique atmosphere, Pathologic 2 is overly bloated and riddled with annoyances. Minor bugs that cause a stutter or frame rate crash aren’t as annoying as desperately trying to find some nuts before you die. The first game was a cult classic, and I feel this one will be too. Fans will be able to look past the inconveniences and see the strange world in all its wonder, but the rest of us will probably not make it to the end.

Review code provided by the publisher. You can purchase the game with a 10% discount on Green Man Gaming. 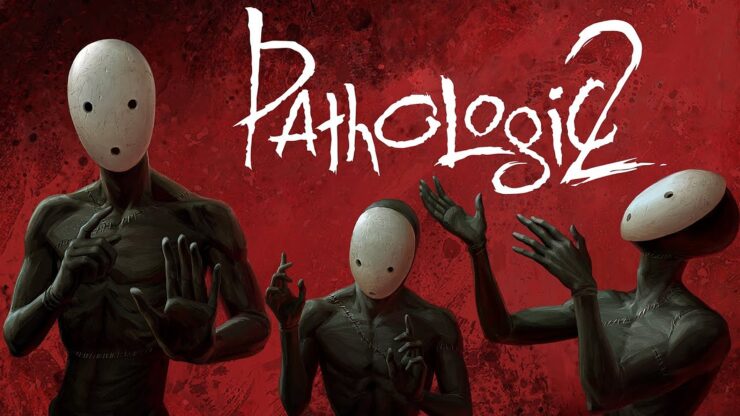 I thought I would enjoy Pathologic 2, but its needlessly mundane and cruel systems take too much away from its otherwise interesting and strange world.