AVerMedia continues to be one of the chief innovators when it comes to creating video capture devices aimed at content creation. The AVerMedia Live Gamer 4K that I reviewed two years ago was an impressive PCIe card that could handle recording up to 1080P240 HDR at a cheaper price than its closest Elgato counterpart. With the Live Gamer DUO, AVerMedia has come up with an internal capture card that will let console gamers improve not only their game content but also their social content too.

As the name might imply, the Live Gamer DUO is the first capture card I've gotten my hands on that features two simultaneous HDMI inputs. While only the first one is passed through to a secondary monitor, both HDMI inputs can be accessed simultaneously and treated as separate video sources. If you're savvy enough to hotkey in scene changes in your capture software, you could effortlessly transition from full-screen gameplay to an overlay that includes your digital camera for picture-in-picture. And I'm not just talking about the same quality of video you'd get off of your fancy webcam; with the Live Gamer DUO, you can integrate a proper DSLR or MFT camera for a professional looking headshot as you play. 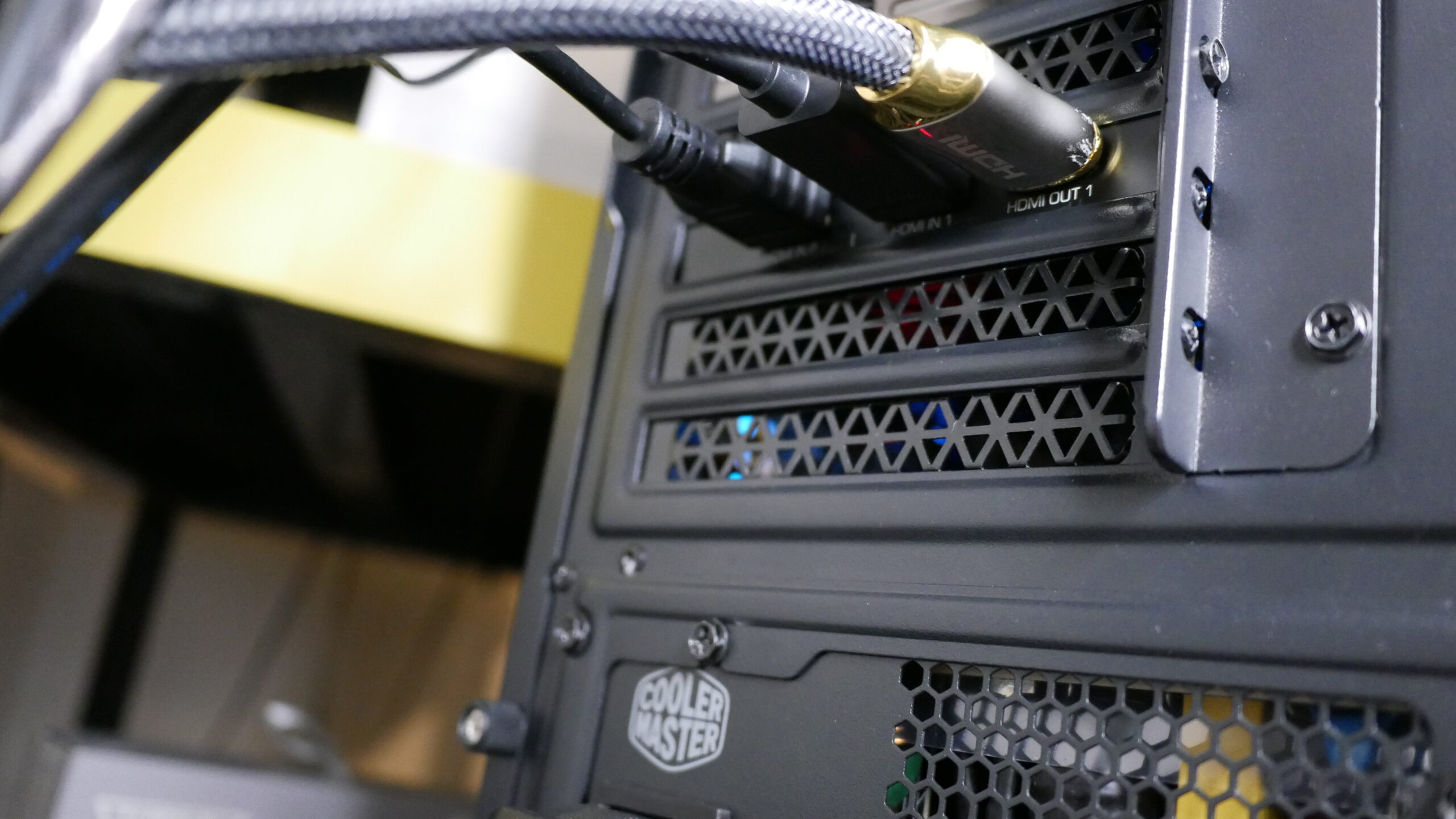 The Live Gamer DUO marks AVerMedia's second return (in recent years) to an internal capture card, requiring similar specs to run as the Live Gamer 4K. You'll need a motherboard with an open PCI-Express Gen 2 x4 slot for the interface and at least an i5-3330 or Ryzen 5 1600 CPU along with a graphics card more powerful than a GeForce GTX 650. Pretty modest specs for capturing 1080P60 on a dedicated streaming PC but you should certainly keep in mind that you'll probably want to exceed at least a GTX 1060 if you want to game and capture at the same time. AVerMedia's capture cards aren't typically too CPU/GPU intensive but they do take up quite a bit of RAM to handle both your game and capture software simultaneously.

Once again, the LED lighting from the Live Gamer 4K returns in AVerMedia's latest capture card. While not particularly bright or notable, it can either be set up to give you a visual readout of recording status, or if you want something with a little more aesthetic, can be set to one of a few different cycling color effects within RECentral. My same complaint from the Live Gamer 4K persists with the DUO: there's no way to sync these lighting effects with the other devices in your case. If you're running Aura Sync or other RGB software, the Live Gamer DUO can't be integrated into those lighting routines, looking slightly out of sync with the rest of your components unless you simply disable the onboard lighting. 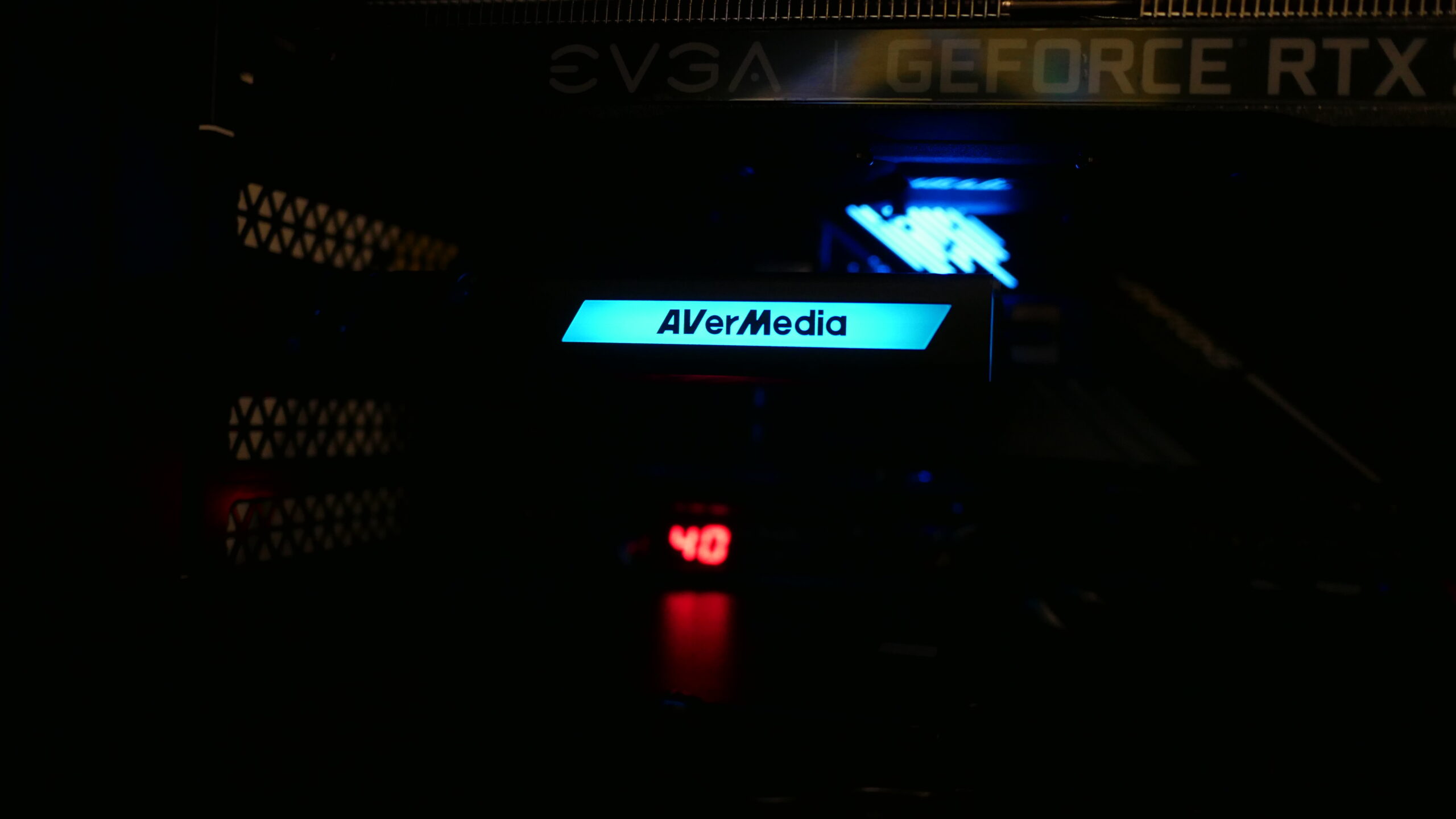 Much like AVerMedia's other line of capture devices, the passthrough going to your television or monitor won't be impacted and the primary input will go through to your display at 2160P with zero added latency. If you have two consoles hooked up to your Live Gamer DUO, please note that only the first input will be sent out to your television; you'll need to manually swap the cables on the capture card if you want to send the second signal out instead. There's no toggle switch on the card itself to switch the HDMI output, but honestly, I wouldn't want to be fumbling around behind my PC anyways.

What the Live Gamer DUO lacks from the counterparts like the Live Gamer 4K is the ability to capture video at a higher resolution than just 1080P. For most content creators that are going to stream directly to Twitch without making an archival backup, this won't be a problem. Since the Live Gamer DUO will capture 1080P60 with HDR enabled, you're still going to get an incredible looking stream coming through this small capture device.

There will come a point where, if you're serious enough about streaming on Twitch or Facebook Gaming or whatever other platform and integrate a facecam into your streams, that a $50 webcam just isn't going to be enough for your streams. You're going to want to swap out whatever fancy USB webcam you've got and switch in a proper digital camera. After all, that's why products like the Elgato Cam Link have been so popular with influencers over recent months. With the right digital camera, you can get the right focus on your face while adding in a nice proper bokeh effect for the background without needing to use a green screen or overlay. For my own streams and podcasts for Wccf Talks Gaming, I recently switched over from the Razer Kiyo webcam to the Panasonic Lumix G7 that I've been taking to trade shows and conventions for the past year. With a nice 14mm pancake lens, my G7 has turned into the perfect webcam and constant silent focus on my face while blurring out the background in a way that looks far better than anything a webcam could produce. 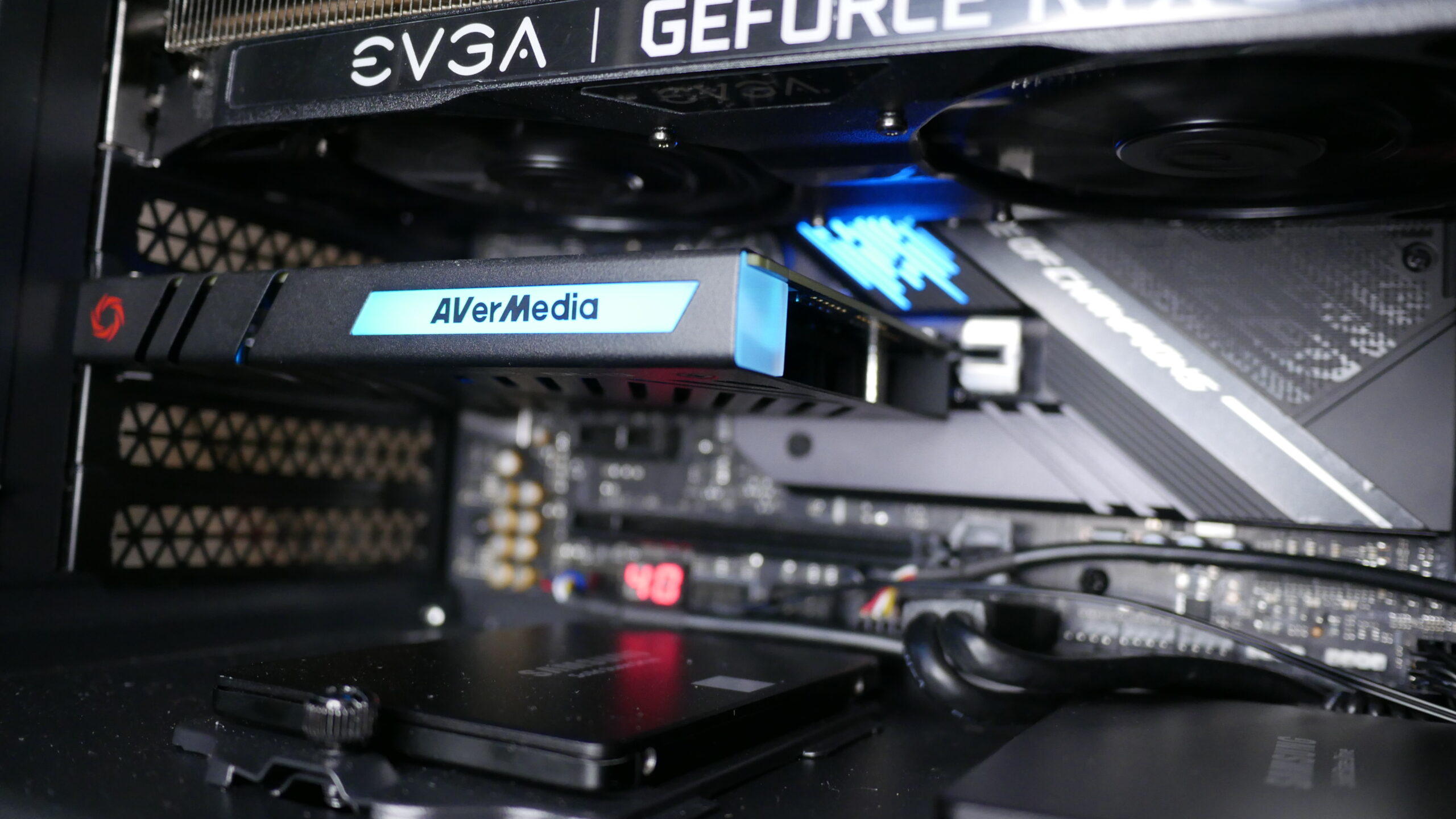 That's where the AVerMedia Live Gamer DUO comes in. While I have my PlayStation 4 and other consoles running into HDMI Input 1 and being sent out to my TV, I have my Lumix G7 set to the second input. Admittedly, I did have some issues getting my Panasonic camera to initially sync up with the Live Gamer DUO with the pre-release software (there would be no signal coming through and the viewfinder on the camera itself would blink in and out). However, with the latest software patch that dropped when the capture card released, that single issue disappeared. Normally I wouldn't mention an issue that's been fixed ahead of release in a review, but for those that may pick up the capture card and run into a similar issue, just remember to always update your software!

RECentral 4, the software suite for AVerMedia's Live Gamer DUO and other input devices, remains the same as from my previous reviews on the Bolt and Ultra capture cards. The HDR capture that was implemented with one of AVerMedia's older capture cards still remains one of the most unique additions to the software. It remains a solid albeit barebones program that can help you get your streams setup across multiple inputs and devices but influencers aren't locked into using RECentral if they are accustomed to other programs. The Live Gamer DUO is fully compatible with Xsplit's Gamecaster, Streamlabs OBS, and even enterprise meeting software such as Zoom and Microsoft Teams. Each HDMI input on the Live Gamer DUO shows up as a separate input device, so you can safely continue playing Tony Hawk's Pro Skater 1+2 on the side while your camera on HDMI Input 2 comes through in the meeting and no one will be the wiser. 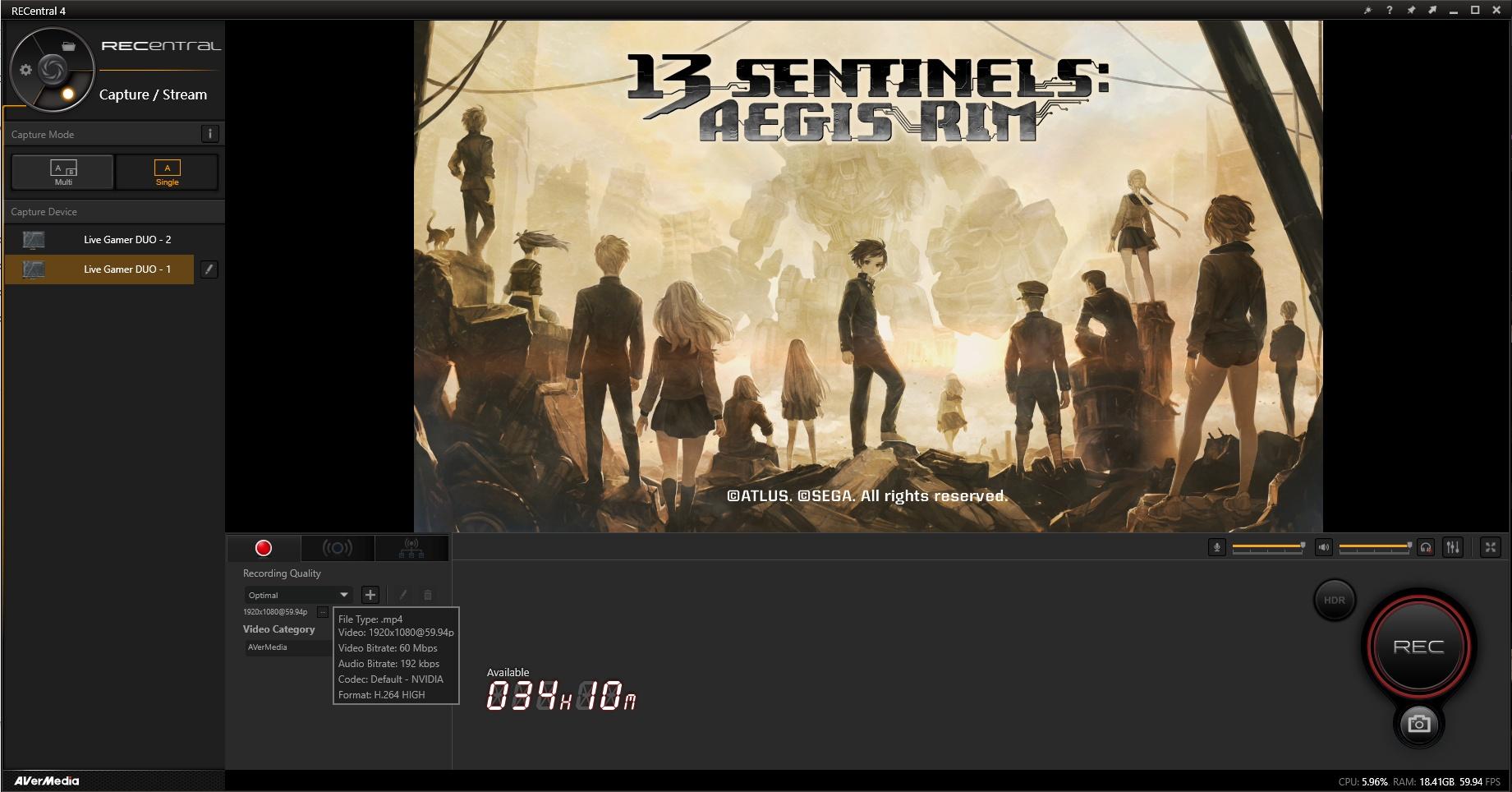 Outside of some growing pains that were quickly alleviated with patches, AVerMedia has without a doubt created one of my favorite internal capture cards to date. This is hands down the best capture card on the market right now if you're a console streamer and want to level up your social game with a more professional looking livestream. With support for Streamlabs OBS and nearly every other content creation suite out on the market right now, there's no reason not to upgrade your streaming setup to at least one of these Live Gamer DUOs.

The addition of a second HDMI input on the Live Gamer DUO gives it an instant edge over the competition. Content creators won't have to worry about buying a second capture card or juggling HDMI inputs to get the perfect stream setup of gameplay and DSLR facecam.

AVerMedia Gets Into the Microphone Game With New Streaming MIC 133