The ASUS ROG MAXIMUS IX Code comes in the standard cardboard package. The front is fully red which is also the color scheme that ROG first introduced several years ago before it became a common site on various gaming motherboards. 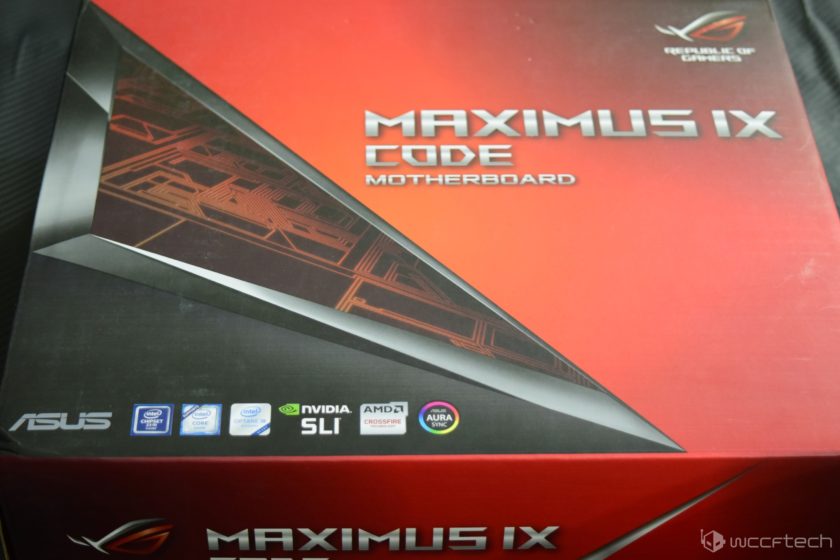 The back side of the package lists down the specifications and special features of the motherboard such as the AURA Lighting system, New SupremeFX Codec, USB 3.1 Front Panel connector and the 2x2 MU-MiMO Wi-Fi adapter. 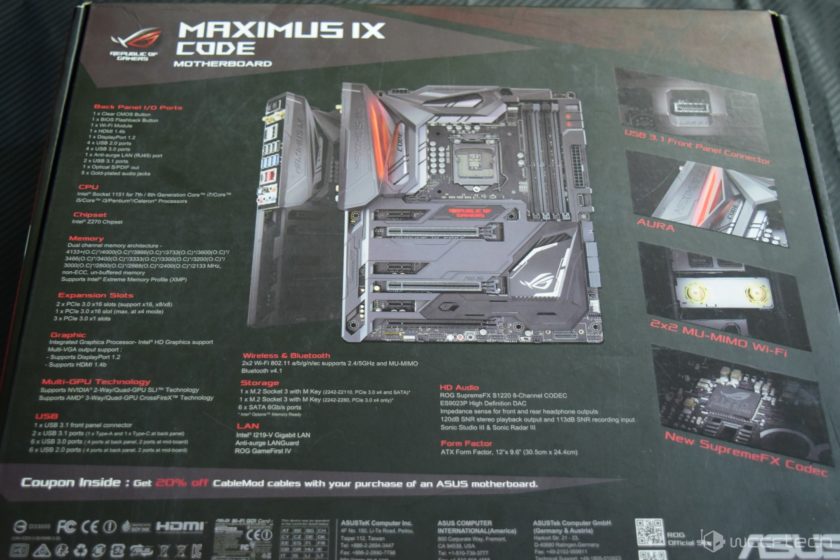 The front side also lists down support for Intel's 6th and 7th generation Core processors. There's also support for Intel Optane memory which is one of the key features of the 200-series platform. The board fully supports NVIDIA SLI and AMD CrossFire technology for multi-GPU functionality. Note that ASUS ROG motherboards can also support workstation graphics cards such as NVIDIA Quadro and AMD WX series. 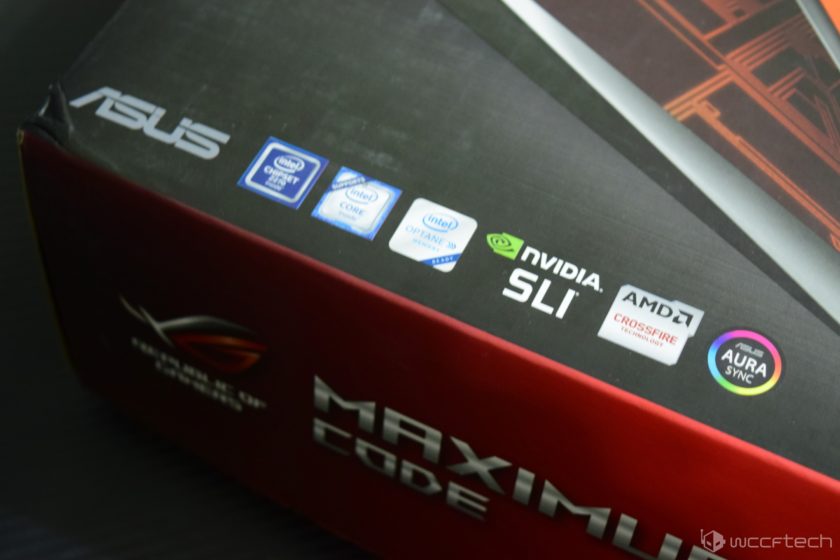 Inside the package are two compartments, the top houses the board itself while the lower portion houses the accessories. Here we can see that ASUS has a dedicated cut out for their product user guide. The user guide contains a driver disk along with several stickers that can be used by gamers on their PC case. There's also a 20% off coupon on CableMods 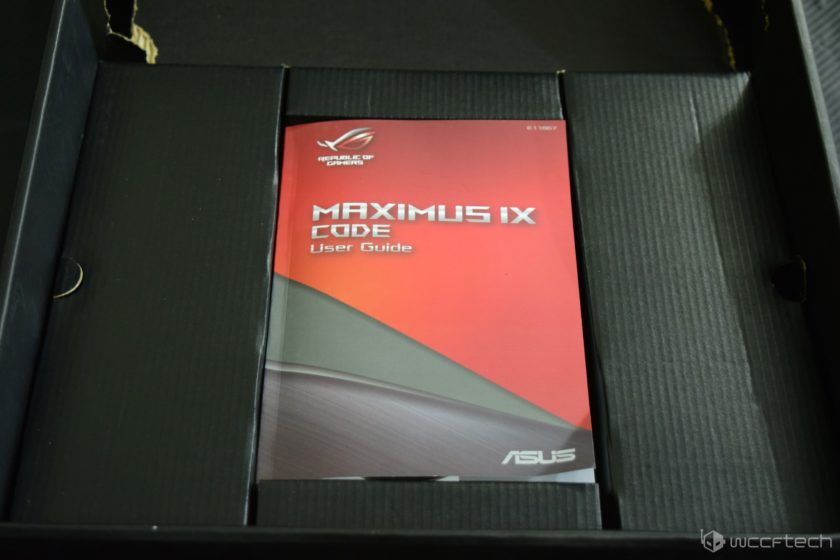 There are several accessories included in the package such as a Wi-Fi antenna module, several SATA III cables, an I/O cover, screws for the 3D mounting bracket, a high-bandwidth SLI bridge, CPU Installation cover and the RGB 4-pin cable. 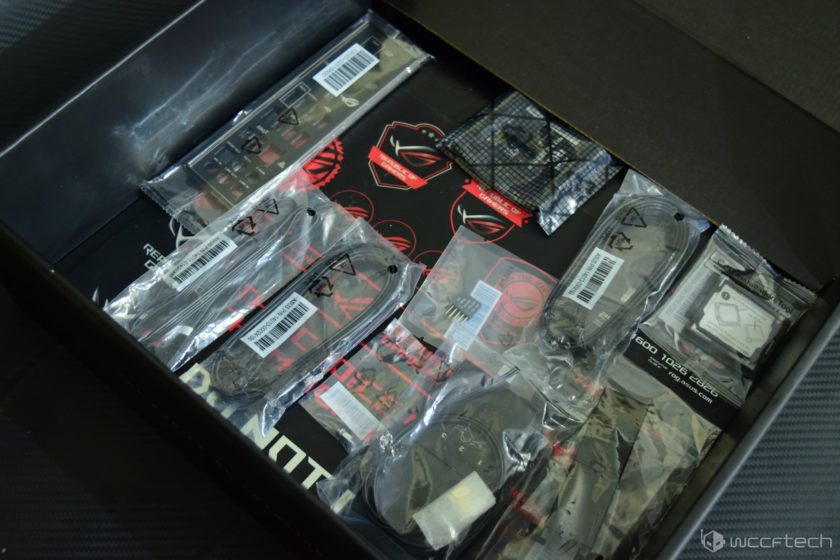 The motherboard is housed in the top compartment and has a plastic cover on top to protect it from dust and damage while shipping. 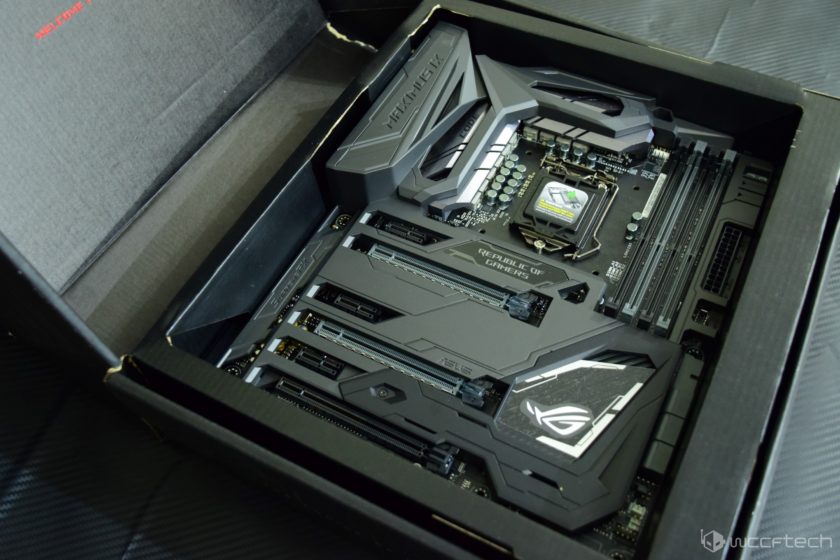 The ASUS ROG MAXIMUS IX Code has killer looks as it is designed for the high-performance PC market. The fully covered PCB adds a nice touch and the matte black / silver combination with metallic heatsinks offers a nice visual presentation. The AURA system is fully integrated on ASUS ROG series boards so that will add a new layer of visuals and mods to desktop PCs. 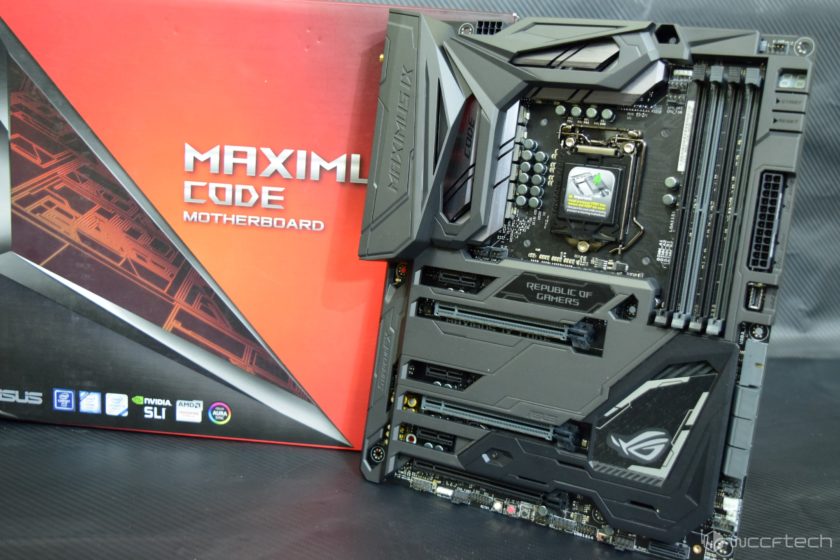