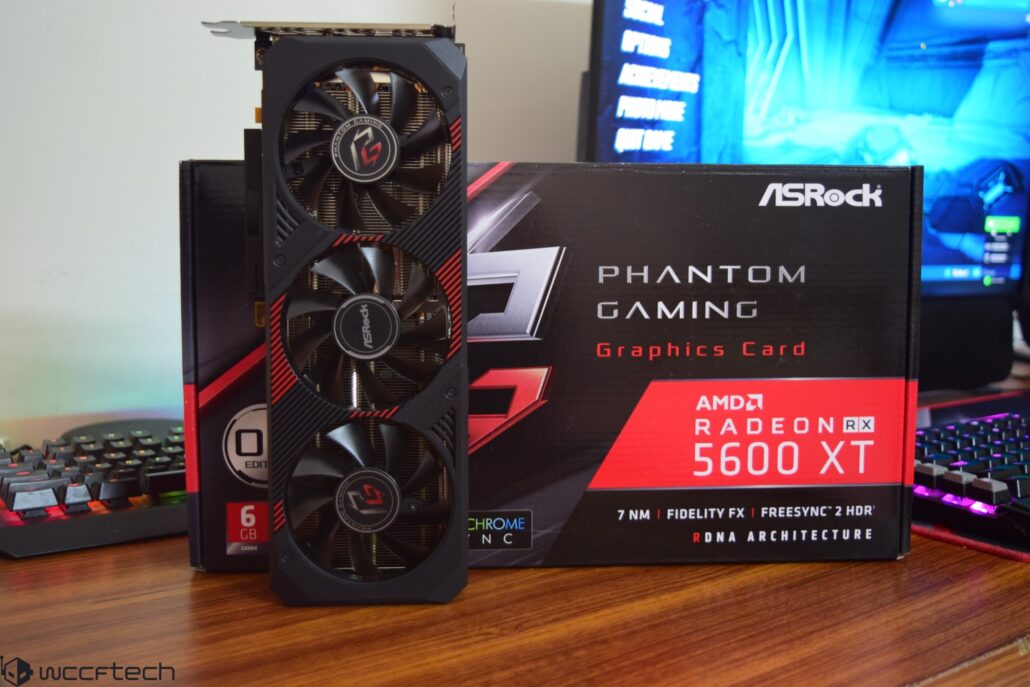 The design of the ASRock Phantom Gaming D3 series is brand new as the company just recently introduced it on its Navi based graphics card lineup. The red and black color scheme on the shroud looks great. 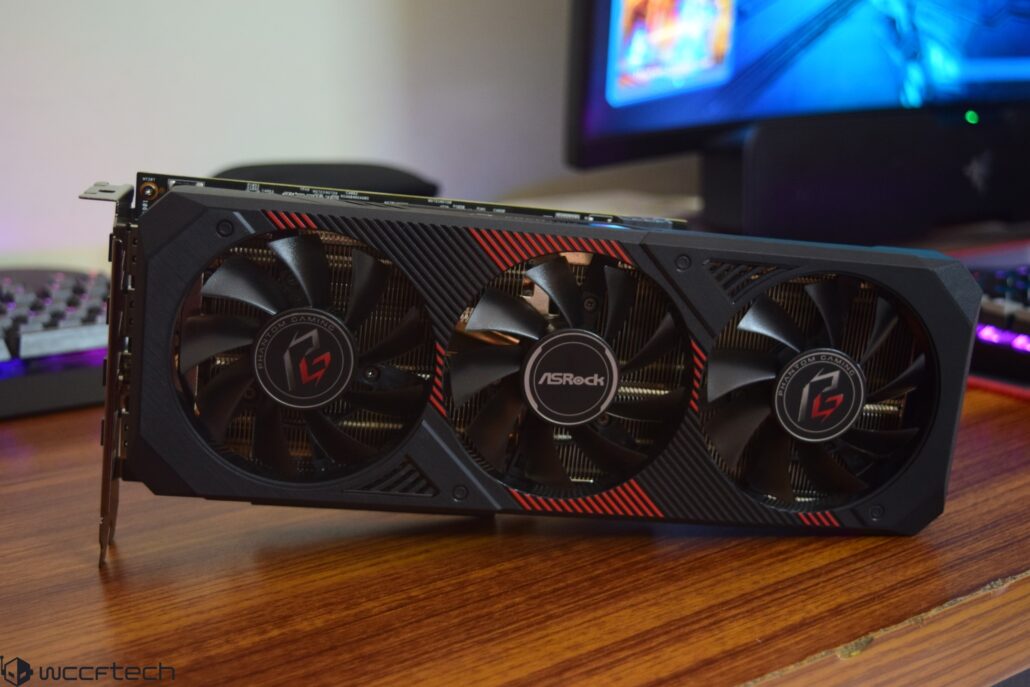 The back of the card features a solid backplate which looks stunning with its matte black finish that also features white and red stripes. There's also a phantom gaming logo on the backplate. You can also see that the cooler shroud extends beyond the PCB and has extra cooling room in the form of aluminum fins which I will discuss more in detail. 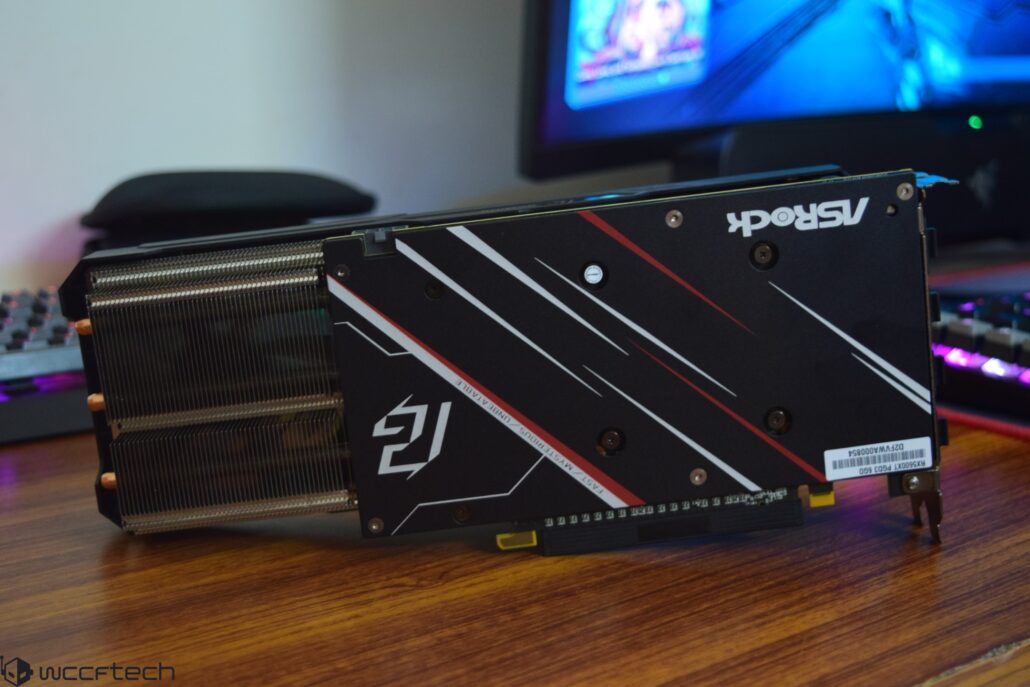 The Phantom Gaming D3 cooler is made of three large fans that push air through the central heat sink block. All three fans are acrylic in design and go in well with the overall them of the graphics card. 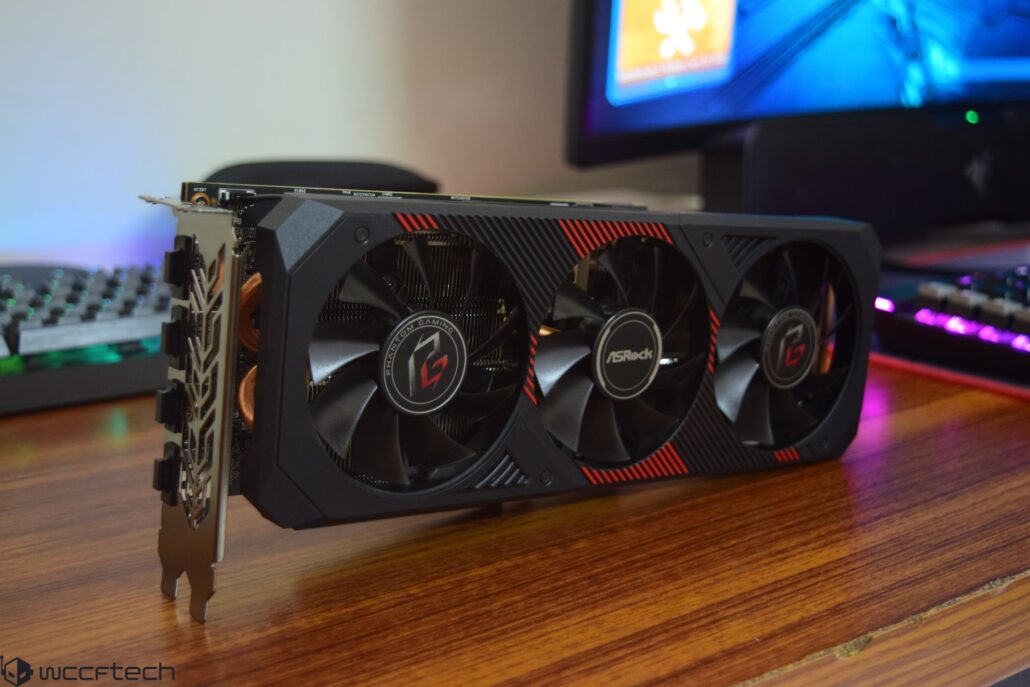 ASRock also features their 0db Silent Cooling technology for the fans. This feature won’t spin the fans on the card unless they reach a certain threshold. 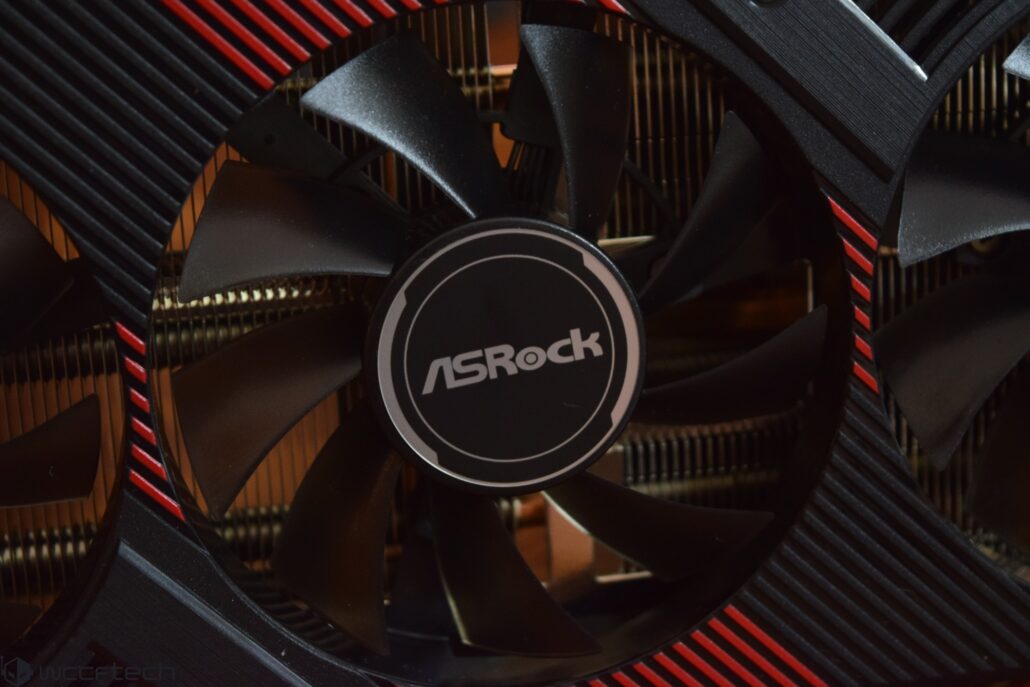 ASRock's 0dB silent fans are mostly work-load dependent. In stressful applications, the fans would start spinning but if the workloads are not that intensive on the GPU, they would stop. 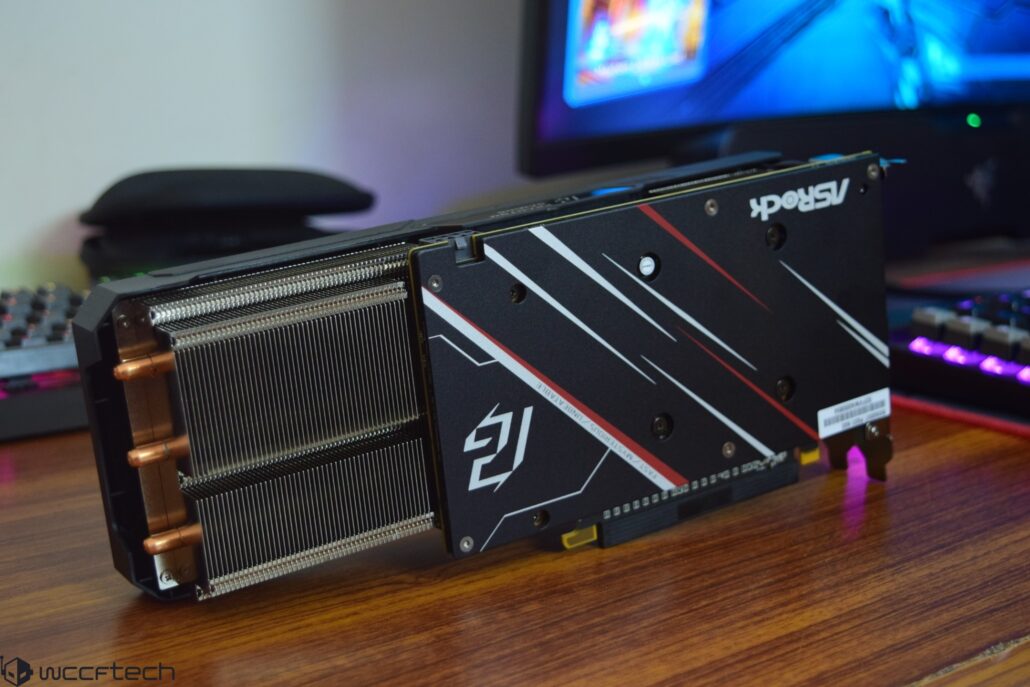 I am back at talking about the full-coverage, full metal-based backplate which both card use. The whole plate is made of solid metal with rounded edges that add to the durability of this card. The matte finish on the backplate gives a unique aesthetic. 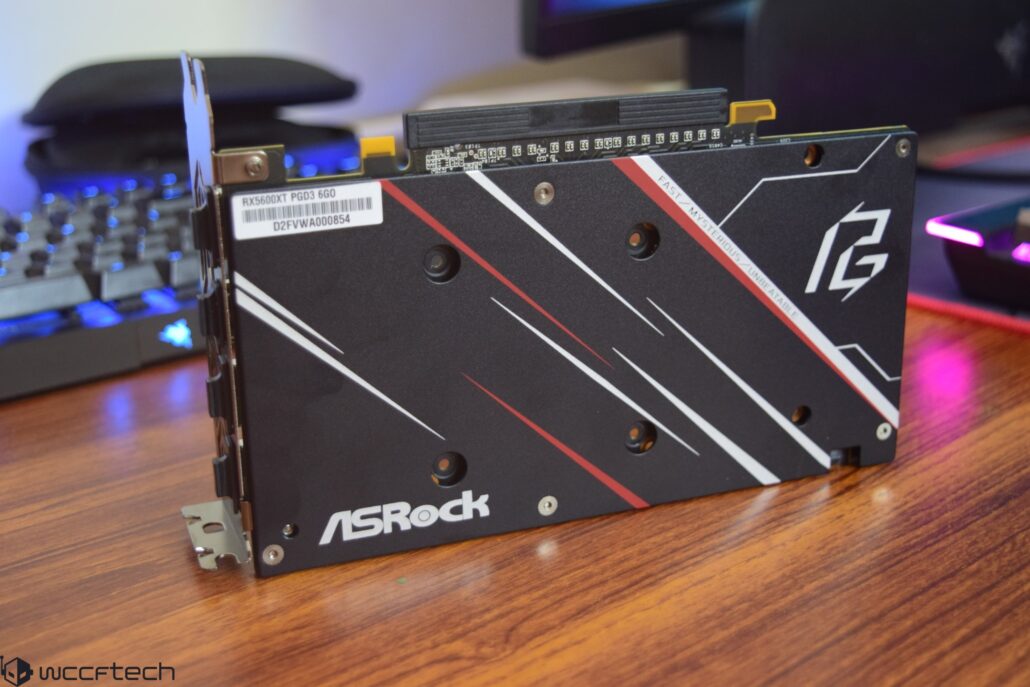 There's no multi-GPU connector on the card as AMD uses its XDMA architecture for CrossFireX capabilities. This allows GPUs to communicate directly over the PCIe bus rather than an external bridge. 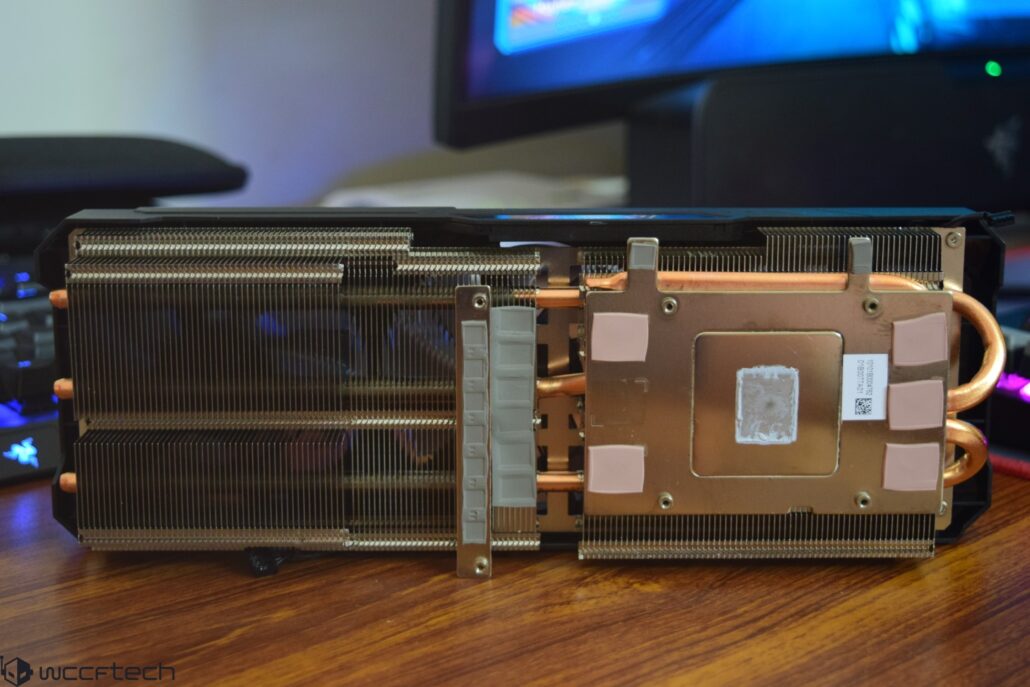 The dual fin stacks run all the way from the front and extend beyond the PCB. There are two four-pin connectors that run through the heatsink. One powers the three fans while the other powers the Polychrome Sync RGB LEDs that are featured underneath the shroud. 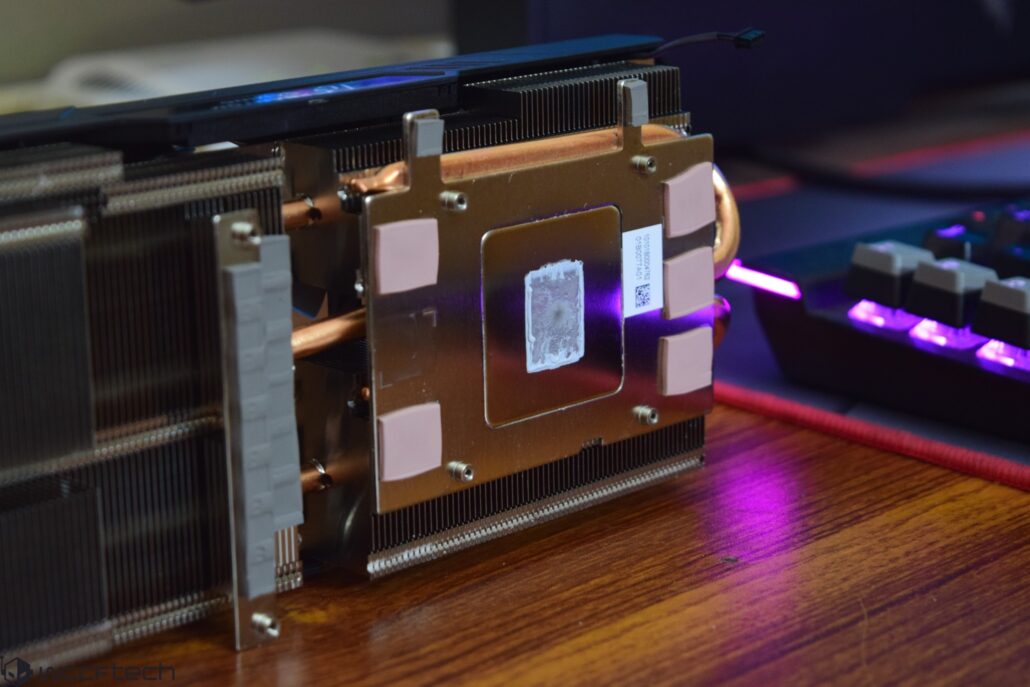 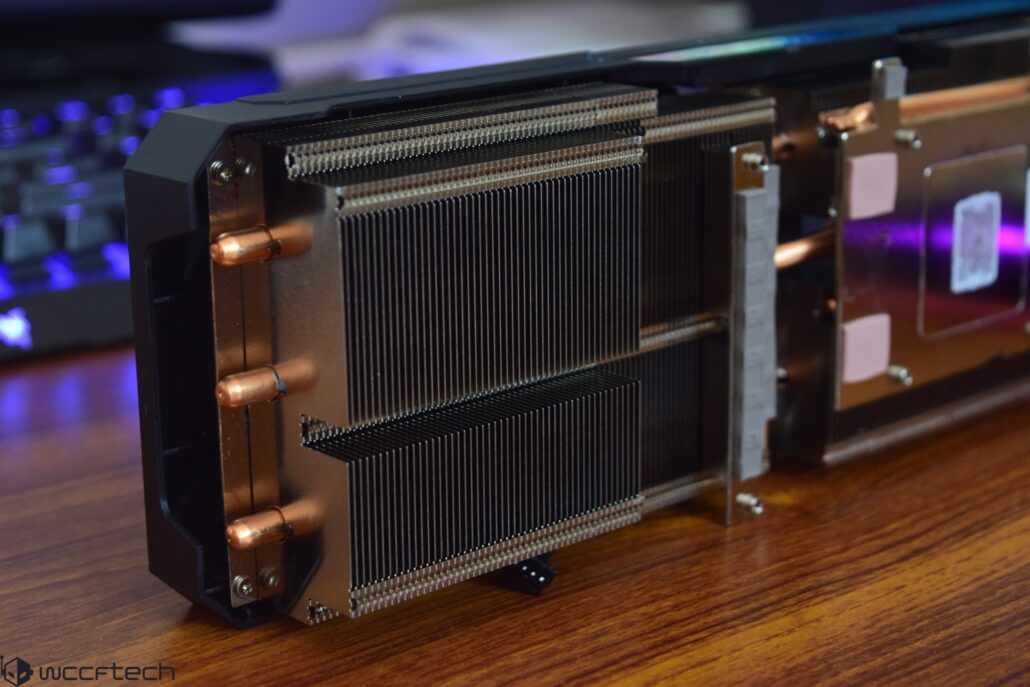 The nickel-plated copper baseplate features thermal pads for the VRM and electrical components such as VRMs and MOSFETs. The whole cooling design is very neat and should keep the card cool under intense gaming workloads. 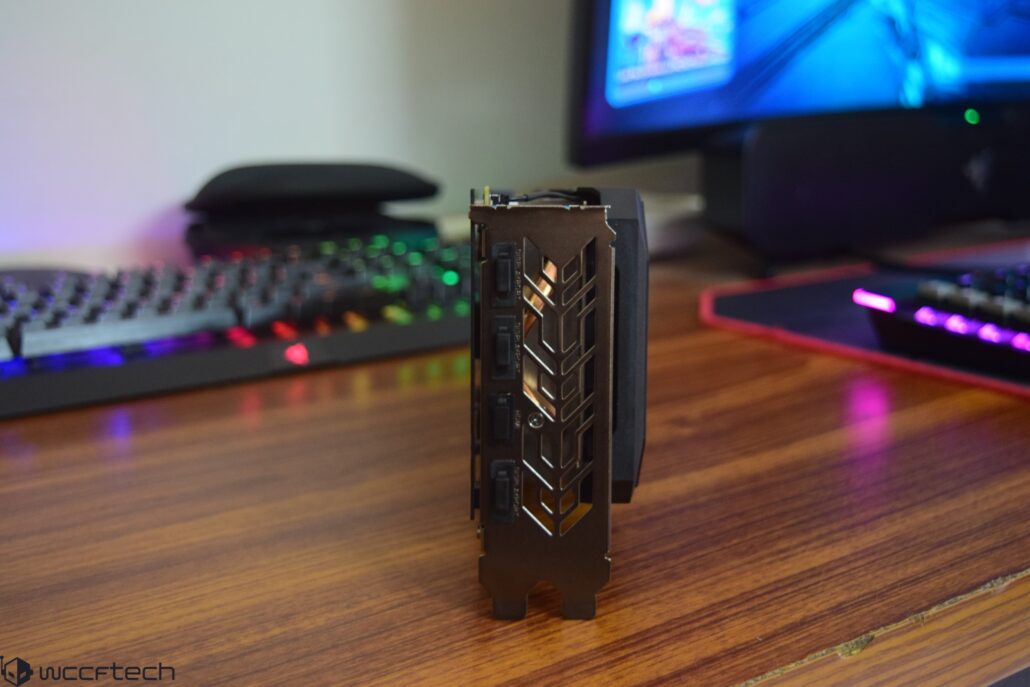 The ASRock Radeon RX 5600 XT Phantom Gaming D3 OC makes use of a full non-reference PCB design, featuring a 6+1 Phase design and coupled with better components such as solid-state capacitors along with a series of higher-quality chokes. The PCB makes use of the uP9505P PWM controller. 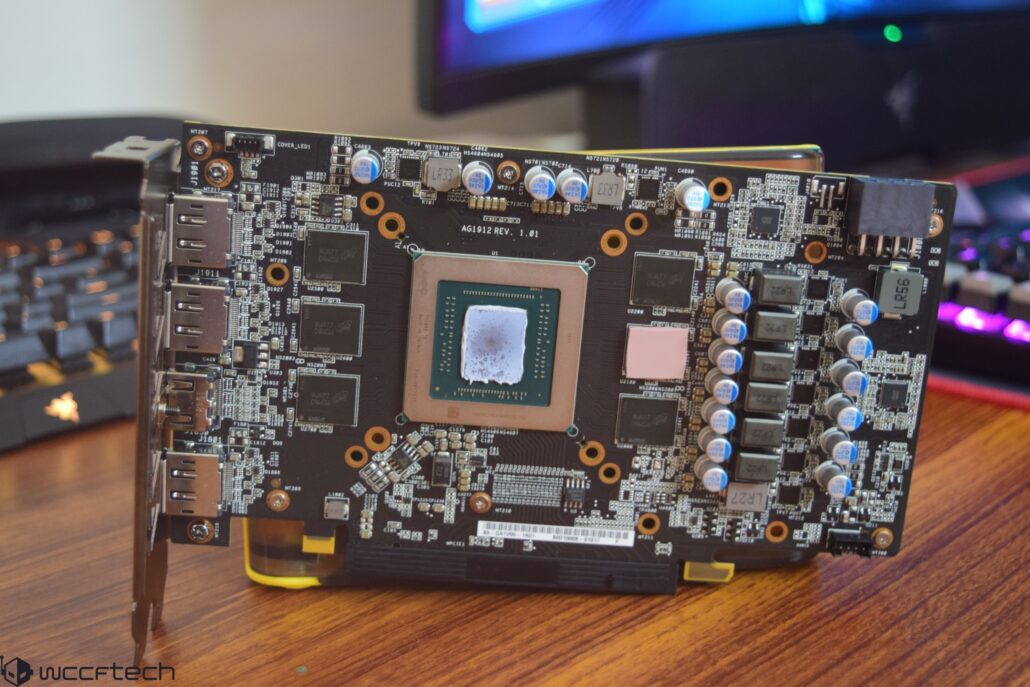