We have seen several variants of the ASRock Phantom Gaming series. The lineup is mostly new and was recently unveiled with AMD's Navi lineup and has various configurations, ranging from the two fan D2 and the triple fan D3 variants. The ASRock Radeon RX 5600 XT Phantom Gaming D3 OC has a total of three fans that provide cooling and is the fastest 5600 XT variant in ASRock's lineup. This card adopts a custom design similar to the RX 5700 Phantom Gaming series. 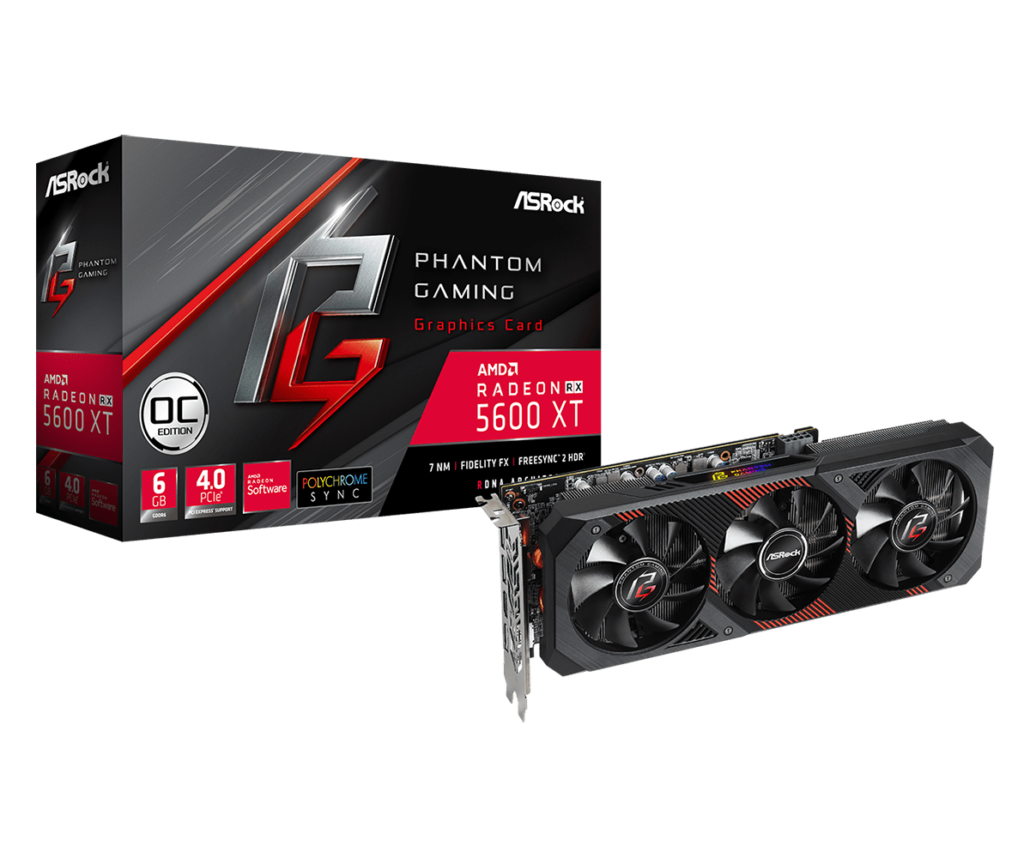 In addition to the custom design, the Radeon RX 5600 Phantom Gaming D3 comes with a non-reference PCB that ships with a higher factory overclock, featuring a 7+1 phase design that features higher quality components than the reference variant which is already a really good design by itself. In terms of clock speeds, the graphics card features the same base frequency of 1530 MHz and a maximum boost clock of 1750 MHz. Following are the main features of the Radeon RX 5600 Phantom Gaming D3 OC graphics card:

Just like the other Radeon RX 5600 XT graphics cards, the ASRock Radeon RX 5600 XT Phantom Gaming D3 OC comes with a stock VBIOS that needs to be updated to unlock the faster core & memory clock speeds. There are two BIOS available, the L10 and the L12. The L10 BIOS enables higher GPU clock speeds while the L12 BIOS enables higher memory clocks. The BIOS can be found over at ASRock's vBIOS page for the card listed below: