The ASRock Radeon RX 5600 XT Phantom Gaming D3 OC graphics card comes inside a standard cardboard box. The front of both packages has a large "Phantom Gaming" logo in the middle. A large 'OC Edition' badge can also be spotted on the bottom left corner.

Other features of the graphics card are also mentioned such as the RDNA architecture, 7nm node, Fidelity FX, Freesync 2 HDR along some specs such as 6 GB GDDR6, PCIe 4.0 Support, AMD Radeon Software Support & Polychrome Sync. 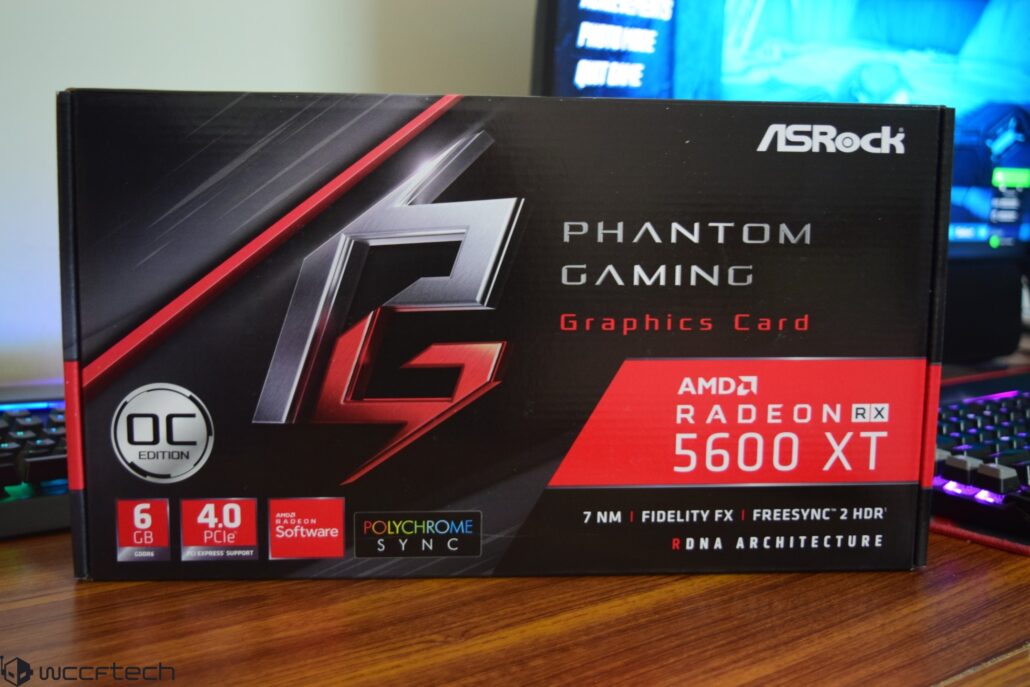 The back of the box is very typical, highlighting the main features and specifications of the cards. The three key aspects of ASRock's Phantom Gaming lineup include a Triple Fan design, a stylish metal backplate, and Polychrome Sync support. A large list of product specifications and features are also mentioned which you can see in the picture below. 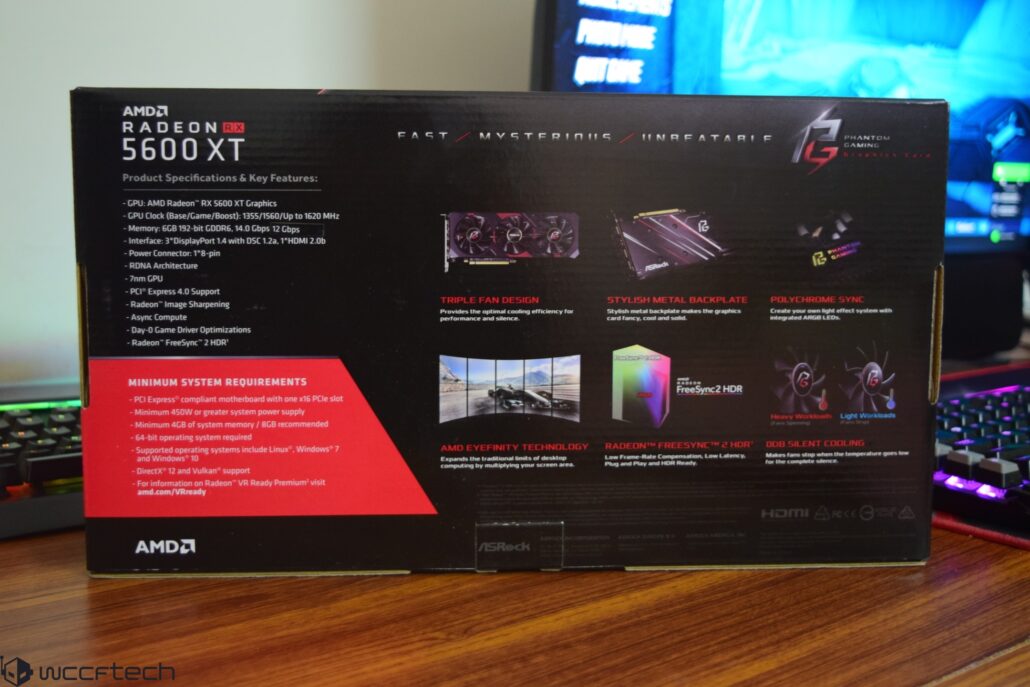 The sides of the box once again greet us with the large Radeon RX branding. There's also the mention of 6 GB GDDR6 memory available on the card. The higher memory bandwidth delivered through the new GDDR6 interface would help improve performance in gaming titles at higher resolution over GDDR5 based graphics cards. 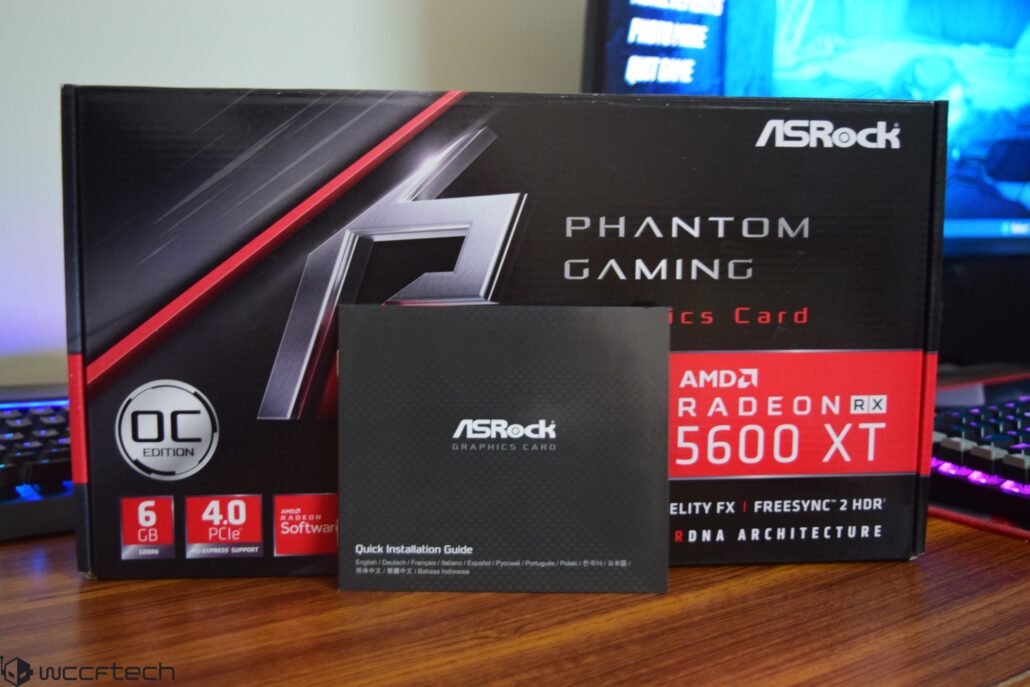 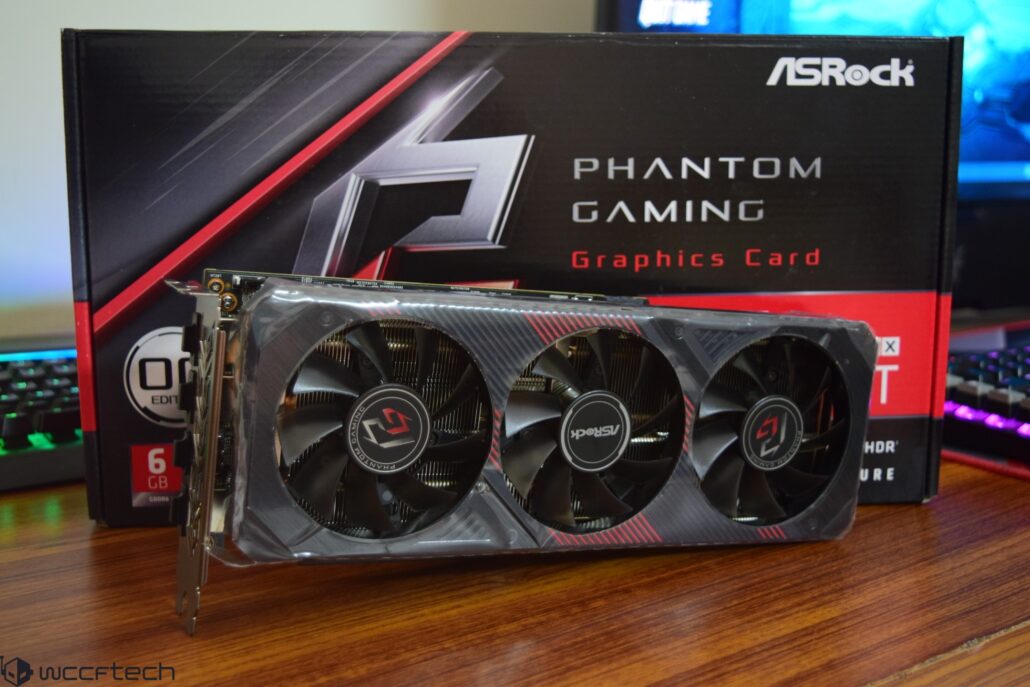 After the package is taken care of, I can finally start talking about the card itself. The card itself is very long but the design really stands out from the rest of the RX 5600 XT offerings in the market right now.