Moving is probably one of the most stressful things you can do, especially when moving across any border. Even more so when you've got a child, a pet, and your relationship with your partner is strained. That's without factoring in being taken hostage by a band of desperate thieves.

As Dusk Falls is an interactive, multiplayer story with a host of characters, choices, and QTEs events that branch the story in a variety of ways. At first, with its constant reminders that you can play on your phone, As Dusk Falls might remind you of the short-lived PlayStation Playlink games that had you voting for outcomes against shoddy, strange, or experimental games. Thankfully, As Dusk Falls has much more than a mobile voting system to keep you invested.

As you may have imagined, the story centers on a family moving across America in the late 90s and taking an unexpected stop at Two Rocks, Arizona, before all hell breaks loose. Whether or not these are accurate portrayals of Arizona or the 90s, neither of these things actually exist. You play as Vince, the father whose life was turned upside down thanks to corporate capitalism, with a strained relationship with your wife, father, and potentially daughter too, trying to survive well outside anyone's comfort zone.

The pace and beats of the story are fantastic and feel like a modern classic thriller. Each time you think you get a handle on the situation, someone throws another wrench, or bullet, into the mix, and you're left reeling again. While some of the decisions you're forced to make throughout the campaign are easy, all of them carry enough weight to grip you as the consequences unfurl.

But the story doesn't entirely play out in the sleepy little motel or with just Vince. Some sections of each chapter are devoted to flashbacks that allow you to discover and develop the characters' relationships. These are often intriguing, subtly or overtly changing the dynamics back in the present of the motel. Other times, you play as Jay, the youngest of the bandits holed up with Vince and his family. What decisions you make during these flashbacks feed into his mood and actions at the motel while you're controlling Vince.

And there are many options for how this will all play out. At the end of each chapter, you're shown the timeline you traversed both in the past and present. It's a meandering weave of choices and consequences, with so many dark spots of undiscovered potential. Most games of this nature have only superficial decisions that don't disembark from the main narrative, but As Dusk Falls is happy to spin you out as far as you can, bringing all the timelines back together for inevitable, unmovable scenes. The nature of the hostage situation works remarkably well, meaning that you're not in control enough to change the big setpieces but still empowered to make some pretty drastic changes. And most of the time is tense and exciting to explore these difficult choices and weigh up survival, loyalty, and trust against each other.

Sometimes though, things don't quite add up as you'll expect. This is a common problem in any game with dialogue choices where nuance can be lost between the player and game. Sometimes you make a choice for a very particular reason, but Vince, or Jay, vocalise something entirely different. It's jarring but almost impossible to avoid and happens surprisingly rarely throughout As Dusk Falls, which almost makes the moments it does occur all the more disjointed. Nevertheless, the story is so well told, intriguing, and varied with each playthrough that these moments are lost to the grand machinations of the narrative.

While the story is a masterpiece of complexity and payoff, the actual gameplay is beautifully simple. As Dusk Falls explains the whole thing in one eager page when you first begin the game: in some cases, you will wheel a cursor around the environment looking for something to interact with; other times, you will choose dialogue or actions from a selection, and in action sequences, you complete quick time events to prevail. The entire game utilizes only the mouse when played on PC.

The dialogue and choice options stand out in the nearly flawless execution of the gameplay. These are nearly always accompanied by a timer and force to make desperate, difficult choices with lightning determination. But sometimes, patience is key. Sometimes, waiting for a moment and collecting your thoughts will reveal another option. It might not be the one you want to choose, but these hidden choices reflect a player and character searching for a better solution. And it feels great when they allow you to take a breath and make a smarter, cleverer, or sneakier move.

If you've seen a trailer for As Dusk Falls, one key aspect has not yet been addressed: the art style. As Dusk Falls utilizes a gorgeous hand-painted effect, allowing for deeply expressive faces, beautiful environments, and generally fantastic snapshots. But that is what most of the game is, snapshots. These portraits and characters and the world don't move fluidly but slide between a series of still images instead. It brilliantly highlights all the essential aspects of the mood and action, but it is hard not to be distracted initially.

For those that fall into the story, you'll quickly get a sense of the rhythm of the showreel and enjoy each change of sense and subtle emotive expression. As Dusk Falls is a fantastic game, filled with secrets and surprises and entirely available to explore. You don't have to master anything to unlock everything As Dusk Falls has to offer, save for a curious mind. More so than that, As Dusk Falls gives you meaningful, varied, and genuinely exciting choices and consequences from beginning to end. And if you want an intriguing adventure, flawed characters, and the chance to repeated drop a pager, you couldn't do much better than this. 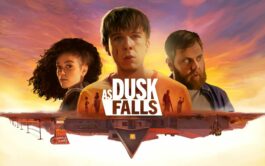 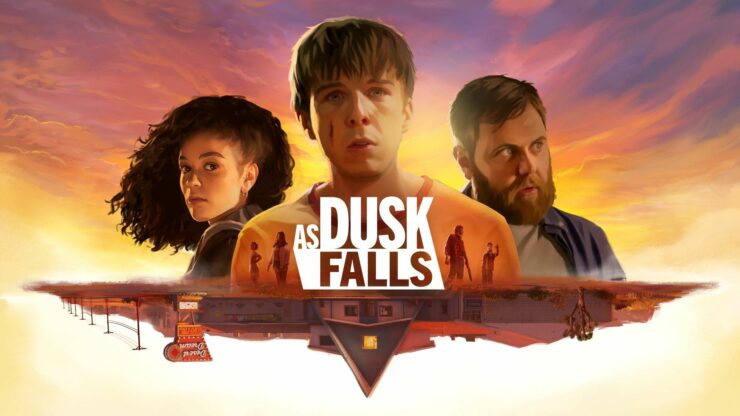 As Dusk Falls is a fantastic game that puts your attention where it rightly deserves to be, on the winding choices and tough decisions of desperate people caught in a desperate situation.