The AMD Ryzen 7 3700X and Ryzen 5 3600X utilize the brand new 7nm Zen 2 architecture. We had a lot of expectations from the new chips as they are not only the first to feature a 7nm process but also the first to make a departure from the initial Zen design. Based on today's results, I can say it with much confidence that these two Ryzen 3000 series parts not only meet those expectations but they also blew me away with some numbers that we got with our testing.

The AMD Ryzen 3000 series definitely see the biggest performance uplift from its IPC increase which is rated at around 15% from the previous generation (Zen+). This means that while Intel's been stagnant in the IPC department, AMD is now right on par with them and surprisingly, even out beat them in certain workloads. The clock speeds uplift is also a highlight over the previous generations where 4.4 GHz has become the standard for the new chips and we are even expecting beyond 4.6 GHz with the higher core, binned parts.

All these results in a massive increase in multi-threading performance but the highlight is the single-core performance too where not only office tasks are getting a major boost but also gaming. In gaming results specifically, AMD is now almost on par with some of Intel's best chips, sure it is not the same level but considering the value you are getting from these chips, getting a Ryzen 3000 over Intel's 9th Generation lineup should be a no brainer for those building new PCs. If we look back a generation or two, AMD was considered the budget/value option while Intel was favored by the enthusiast/high-end community. That changes today and AMD has proved it, specifically with their Ryzen 7 and top-tier Ryzen 9 parts. 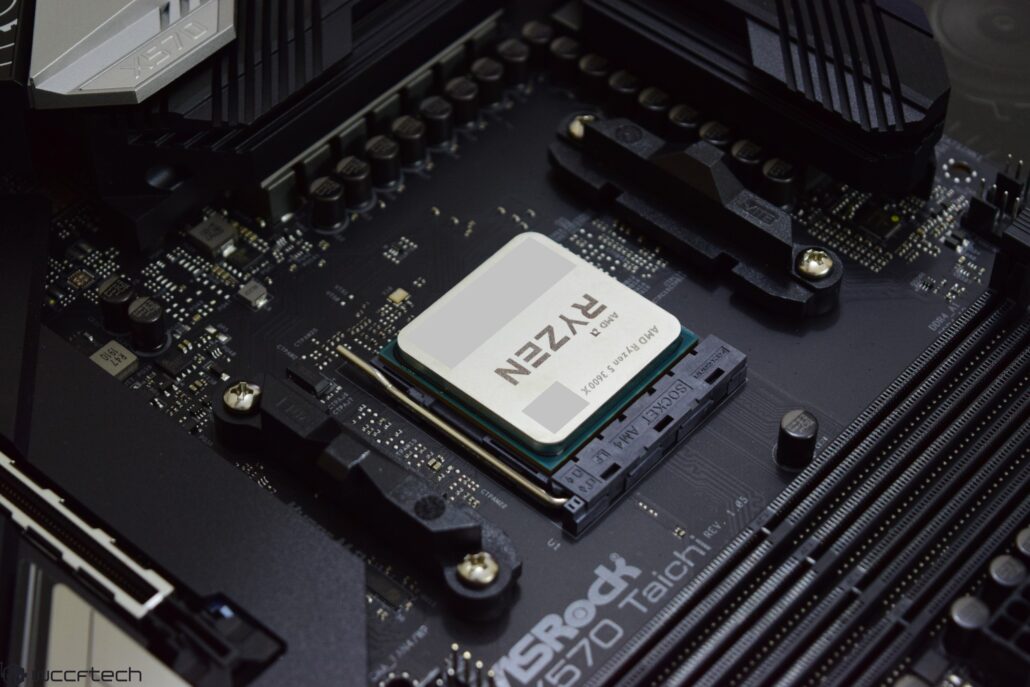 That said, overclocking is still limited on both chips and requires a constant stream of high voltage to keep up the clock speeds. The X570 boards are equipped with more than adequate power (vrm) options but the Ryzen 3000 CPUs have been binned to such an extent that overclock still remains a limiting side. With that said, the unlocked multiplier across the entire lineup and new PBO/memory overclock options do deliver a nice set of tools for the overclocking community to play with.

When it comes to price, the AMD Ryzen 7 3700X is the clear winner as it knocks the Core i9-9900K out of the park with excellent multi-threading performance, about as fast gaming performance for $170 US less. It's the best in class 8 core processor that crushes the Core i7-9700K in terms of CPU performance and the Core i9-9900K in the value proposition. The AMD Ryzen 5 3600X does the same to the Core i5-9600K that the Ryzen 7 3700X does with the Core i7-9700K, offering a multi-threaded design that is about as fast in gaming and offers superior performance in multi-thread workloads. Along with the multitude of features such as PCIe Gen 4, 7nm process and far better efficiency than their competitors, the Ryzen 3000 proves that AMD is not the value brand anymore but a solid lineup for high-end gamers who want the best performance, features, and efficiency at absolutely fantastic price points. 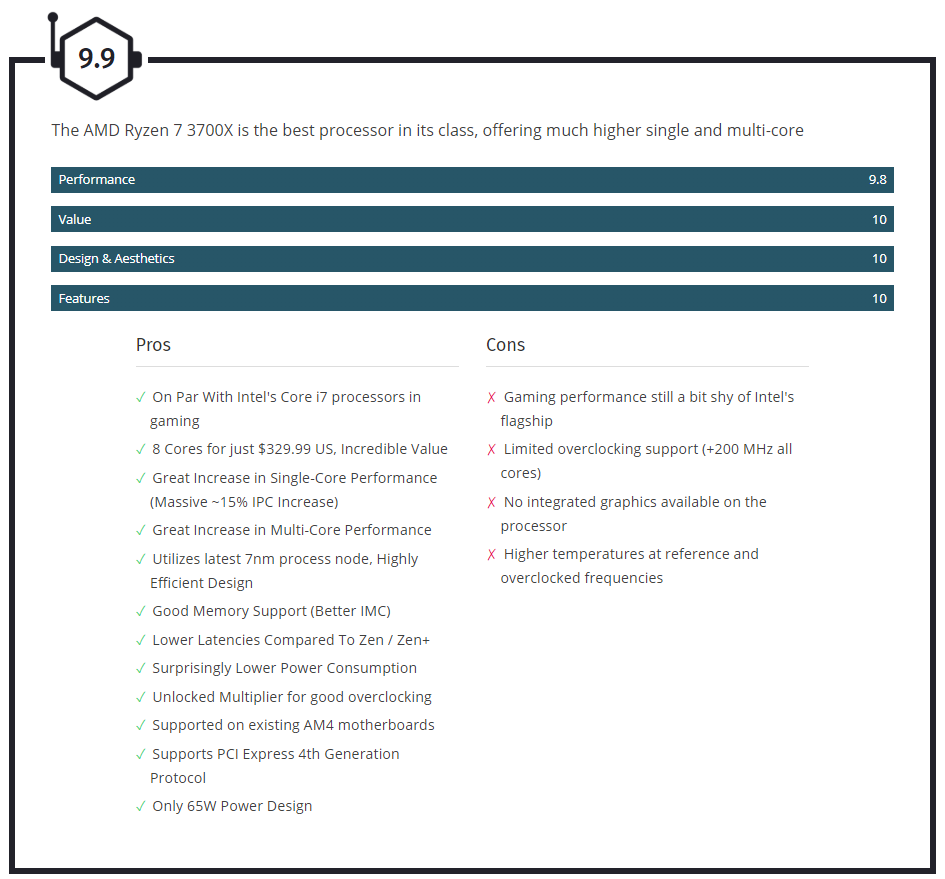 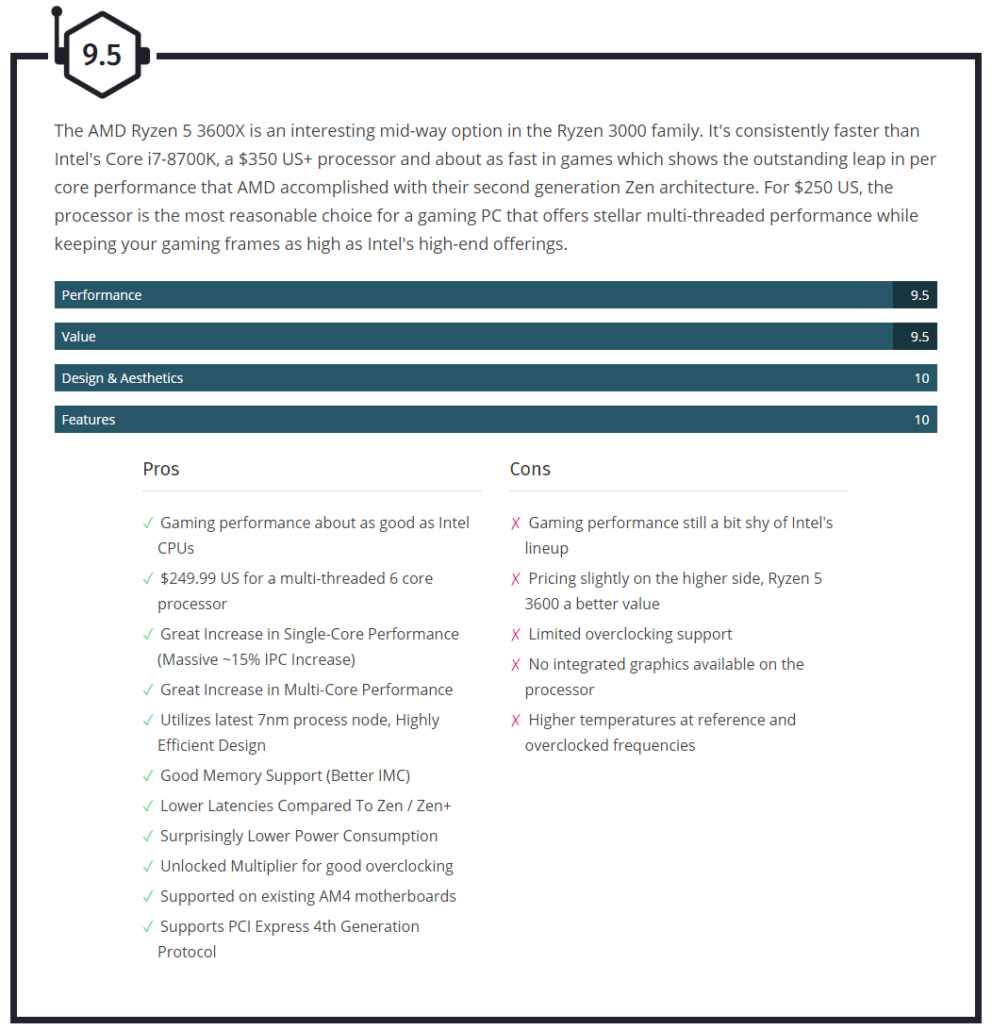 ASRock's X570 Taichi brings a lot in the design department. It's amazing how every generation of Taichi looks better than the previous in its own way. This time, ASRock has taken note of the front cover designs that many high-end boards have to offer and given their own take. The motherboard does look great and is supplied with an ample amount of I/O which makes it an all-rounder for the AMD Ryzen 3000 CPUs. 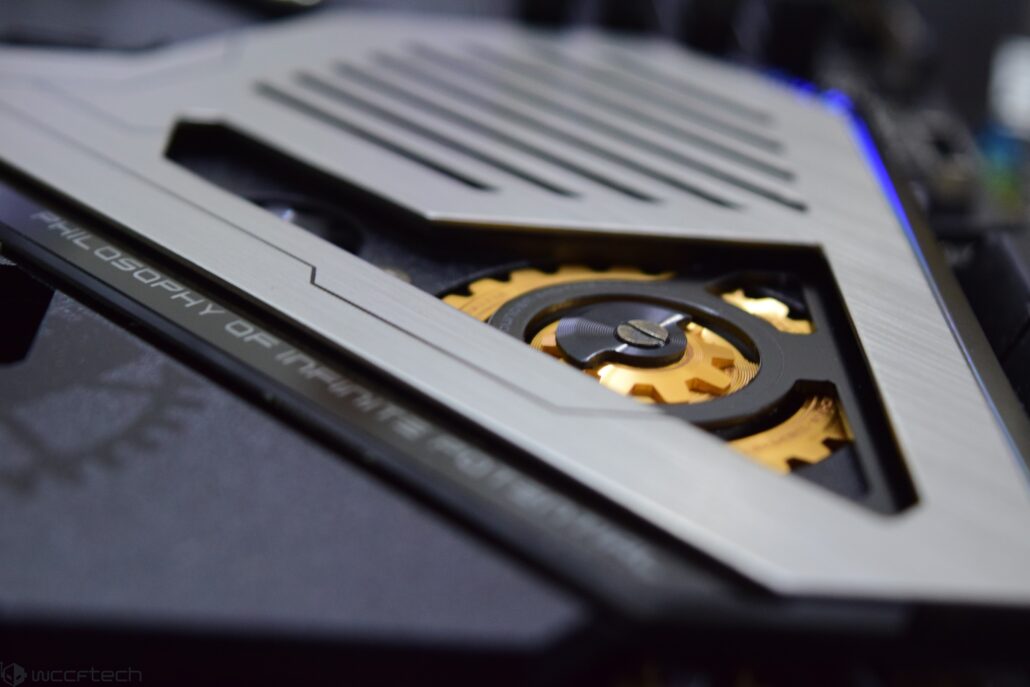 While X570 motherboards are generally more expensive than their X470 predecessors due to many reasons, the X570 is priced around the same as the X470 Taichi Ultimate. The X470 Taichi offered a 10G LAN which the X570 lacks but to complement that, ASRock provides WiFi 6.

It also packs 14 Phase power delivery which was stable and remains consistent in overall stability and overclocking tests. The ASRock X570 Taichi series is built for high-tier memory support of up to 4666 MHz which is a huge update from the DDR4-3466 on the X470 Taichi. The whole feature set for this motherboard such as Realtek ALC1220 audio codec, a ton of USB 3.1 (Gen 1 / Gen 2) ports, dual M.2 ports and one with an M.2 heatsink is all a user would ever want. In terms of storage, you'd find 8 SATA III ports which are good enough for enthusiasts in addition to the PCIe based storage connectivity. The BIOS is a little lackluster but offers the most basic and advanced feature set for overclocking Ryzen 3000 CPUs so it's not that big of a deal.

For $299.99 US, the ASRock X570 Taichi is one of the more solid motherboard options for Ryzen 3000 processors, offering solid connectivity and I/O options along with an upgraded design that looks amazing. 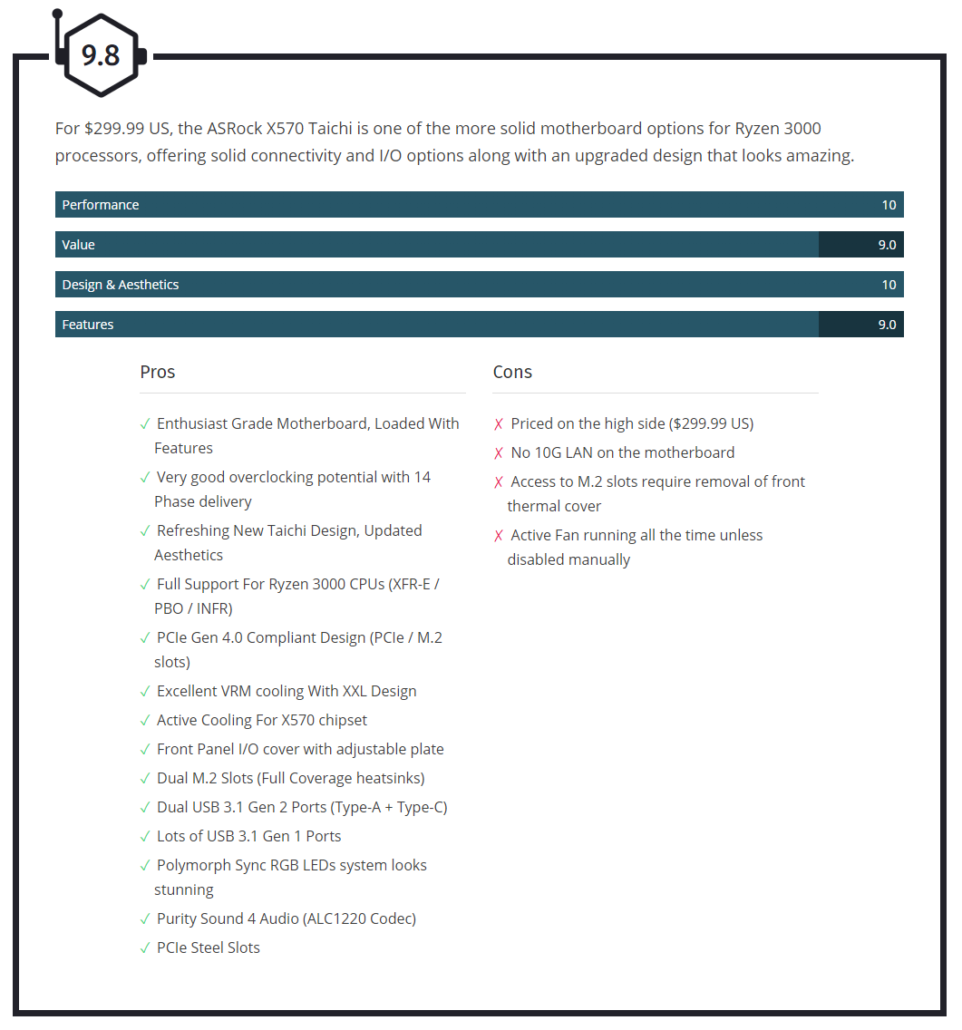