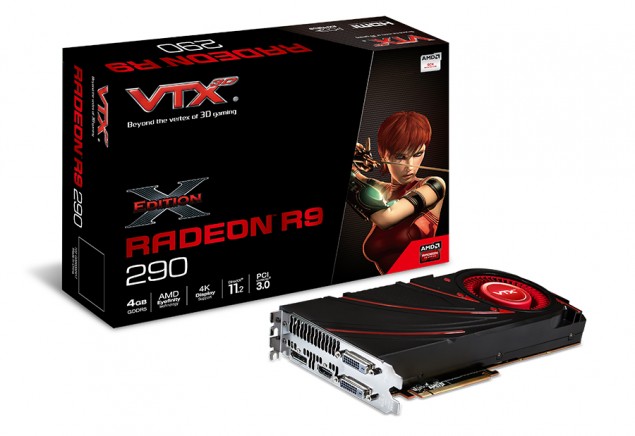 OCUK were able to successfully unlock the entire batch of the VTX3D to full blwn R9 290X editions because of the fact that the R9 290 is software crippled, not hardware wise. Some lucky few owners of the R9 290 willl have the Hawaii XT Core instead of the Hawaii Pro, which unlocks into the full R9 290X.  The reason for this according to our friends over at Videocardz is that the TUL Corporation did not receive enough Hawaii PRO cores in time, so just used a Hawaii XT core with the R9 290 bios.  However i think it is safe to say no one expected an unlock mod of this magnitude or success.

"We have sourced a batch of VTX3D R9 290's which unlock, at Overclockers we pre-flash these cards with a voltage unlocked R9 290X BIOS giving you the additional stream processors (2560 upto 2816) and voltage control upto 1.412mv for improved overclocking"

OcUK further goes on to show benchmarks of the unlocked cards, giving the performance levels of stock R9 290X and were even kind enough to throw in a full 2 year warranty. Not only that these bios mods feature voltage unlocking as well so you might just be able to OC this card better than any R9 290X you buy. So if you have a R9 290 from the following vendors and just the right sort of luck XFX, PowerColor, Club3D and VTX3D, you might just have a Hawaii XT under the hood. You know what to do then. 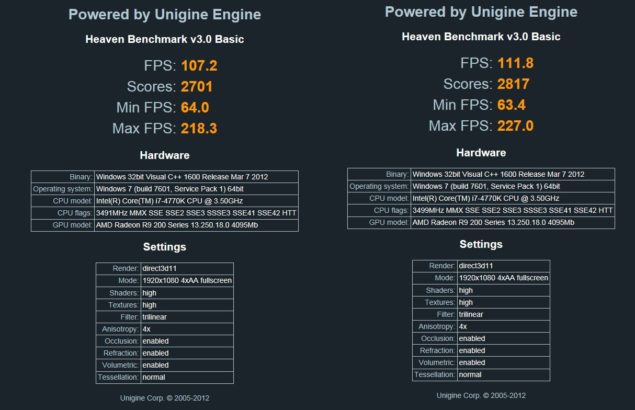 The Pre-Flashed Radeon R9 290 as mentioned earlier from TUL subsidiary VTX3D comes with its shader cores unlocked from 2560 to 2816 (Hawaii XT) while the clock speed is bumped to 1000 MHz. This ends up as a 5% improvement over the reference board and while some may worry that their boards would degrade over time due to the new BIOS, Overclockers.Co.Uk are backing their Pre-Flashed cards with a warranty that lasts for two years. The reason why this could be worrisome for AMD is that the Radeon R9 290 already comes a few percentages below the Radeon R9 290X in terms of performance and we are talking about single digit numbers. With this modifaction, consumers can buy a card that performs the same as the R9 290X with a price difference of £100 ultimately reducing the sales of their flagship component. It will be seen whether AMD would allow this to go on or would restrict the sales of flashed R9 290 cards.

You can purchase the Pre-Flashed VTX3D Radeon R9 290 Here.