Update: It looks like Microsoft has created a number of Titanfall-themed Xbox One consoles for developers at Respawn Entertainment, @xRYAN350xCP has shared an image of Titanfall dev team limited edition Xbox One.

Check out my new #Titanfall Dev Team Xbox One. This is the real deal guys. pic.twitter.com/wYHcKynch4

For last two months, Respawn Entertainment's upcoming online shooter Titanfall has been the focal point for almost all Microsoft gamers. First the rumors of limited edition Xbox One Titanfall bundle and then inauguration of Beta testing phase brought the gamers' attention to Microsoft's most awaited upcoming exclusive title.

The source kept on insisting that Microsoft has a serialized Xbox One Titanfall design that’s ready to ship. Now it looks like the rumors were true and the leaked image of limited edition Titanfall Xbox One console showcased exactly the same console that was planned by Microsoft. Respawn Entertainment has tweeted an original image of Titanfall-themed Xbox One console and controller with caption, “Almost hate to post this cause they aren't for sale but @Xbox brought our studio something amazing today.” You can view the image below. 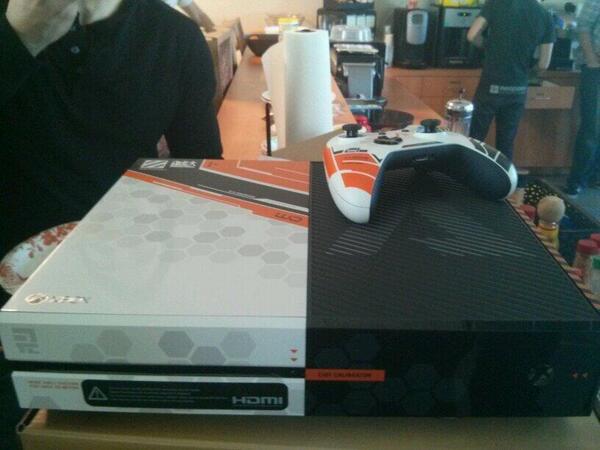 The tweet confirms that the previous rumors and leaked images were true and Microsoft really had an idea of manufacturing limited edition Titanfall Xbox One console but high manufacturing cost restrained the company from doing so.

Do you think Microsoft should have released the limited edition Titanfall Xbox One with higher price tag? Share your thoughts in comments below.