Among the list of upcoming survival horror action video games is Capcom's Resident Evil: Revelations 2, which was confirmed recently in Japan on September 1. The game is the successor to 2013's critically acclaimed video game known as Resident Evil: Revelations. Slated for release on PC, PlayStation 4, PlayStation 3, Xbox One and Xbox 360, the upcoming zombie-themed game will be an eposidic adventure featuring intimidating in-game environments and horrifying creatures, and you can see a glimpse of what this all would look like in the screenshots below that have just been shared by Capcom. 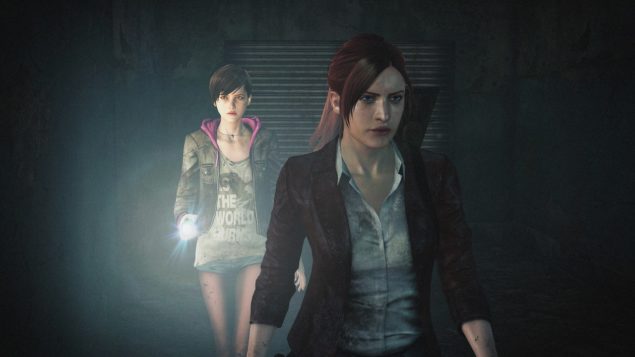 Capcom's upcoming Resident Evil: Revelations 2 is not among the games that are releasing in 2015 and are already famous right now, but it surely ranks high as a survival horror zombie-themed title. Following the recent reports that claim that the upcoming game will follow the story of Claire Redfield and Barry Burton's daughter, Moira Burton, and Claire Redfield will be the main protagonist, we now have some official details and screenshots sent in by Capcom. The new details throw light on the gameplay form, and shape while screenshots gives a first scary look at the game.

According to the new details Resident Evil: Revelations 2 will be released episodically, somewhat like the popular Walking Dead video game series by Telltale's Games. Similar in a way to its predecessor, the upcoming game will be made up of total four main chapters, each of which will be released as an individual TV-like episode, on per week. Set between Resident Evil 5 and Resident Evil 6, the zombie-themed game will feature close environments with next-gen visuals all dipped in the typical horror of the series.

Each episode of Resident Evil: Revelations 2 will cost $6, and players will also be able to buy the "Complete Season" for $25. Buying the four episodes altogether will get you some "additional game content" which will be announced later. Capcom will also launch a standard disc-based version of the game with all the additional content for $40 once all of the four episodes are released. The disc version of Resident Evil: Revelations 2 will come with "further gameplay content" on top of the additional game content that comes with the Complete Season.

Below are a bunch of Resident Evil: Revelations 2 screenshots giving you a first look at the in-game frightful theme of the game.