Resident Evil 3: Everything You Need to Know About This Terrifying Remake

Last year Capcom finally gave fans the Resident Evil 2 remake they were hungry for, and now, a bit more than a year later, Resident Evil 3 also rising from the grave. Building on the strong framework laid down by RE2, the new RE3 looks like another top-notch remake, but can it can it live up to its predecessor? How does this new version of RE3 update the original PS1 game? What exactly is Resident Evil Resistance? When is the game coming out and what platforms can you play it on?

You’ve got questions about Resident Evil 3, and, thankfully, we have answers! Scroll on down for all the key information you need before you face off against the Nemesis again… 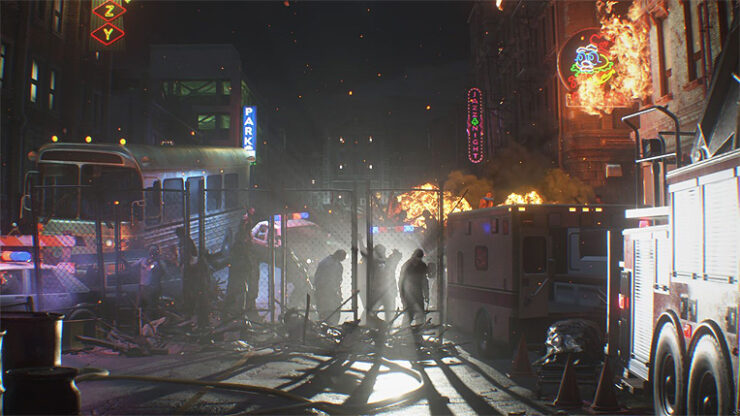 Yes, for the most part. Both the Resident Evil 2 and Resident Evil 3 remakes are built on the RE Engine and feature an over-the-shoulder third-person perspective, so expect the game’s visuals, controls, and gunplay to be very similar. That said, the original RE3 put more of an emphasis on action, and the remake is sticking to that. Expect Uncharted-style cinematic action scenes, and more scenarios where you’re forced to fight rather than just sidestep baddies, particularly when that bastard Nemesis shows up.

Thankfully, the new RE3 features an updated version of the original game’s dodge mechanic to help you deal with the stiffer opposition. Basically, if you dodge at just the right moment, time will briefly slow down, allowing you to pop off some quick headshots. There are also more environmental objects, like explosive barrels and electric generators, you can use to your advantage, so keep an eye out.

How closely is the new Resident Evil 3 sticking to the original PS1 game?

While the broad outline will remain the same, Resident Evil 3 promises to be a more extensive “reimagining” than the Resident Evil 2 remake. While most of the new RE3’s main objectives should be familiar, what you have to do to achieve them might be quite different, with new areas, enemies, and set pieces standing in your way.

To be more specific, the streets of Raccoon City and Hospital section of the original game have been expanded significantly, and some all-new sections, including a full sewer area and a totally revamped final chapter, have been added. There are also a number of new bosses and cinematic action scenes. That said, these additions come at a cost – the PS1 game’s Clock Tower and Park sections have been removed. Overall, despite some cuts, the new RE3 is larger than the original version, clocking in at 7 or 8 hours, compared to 5 or 6 hours for the original.

Just How afraid of the new Nemesis should I be?

Be afraid, but don’t give yourself ulcers. The Nemesis uses an updated version of the AI that powered the already-pretty-scary Mr. X from Resident Evil 2. Nemesis will not only be smarter than Mr. X, he’ll be a lot faster and more resourceful. The big jerk will be able to snatch you up in his tentacles, jump across entire areas to cut you off, and yes, at one point he even gets a damn flamethrower. That said, he doesn’t show up as often as in the original game, so you’ll have some relief.  You can check out some footage of the new Nemesis in action in the video above.

Will the story be different as well?

Again, expect the major plot points to be mostly the same, but Capcom’s reimagining of Resident Evil 3’s gameplay and level design has an effect on the story as well. For instance, Carlos’ role has been expanded significantly, as he now tackles the Police Station instead of Jill and gets to do a lot more in the Hospital. Expect classic moments you remember to be remixed and reordered in surprising ways.

Is anything from the PS1 game being cut?

Unfortunately, yes. The original Resident Evil 3 featured occasional “Live Selection” moments, which forced players to make quick decisions that led you down different paths, eventually culminating in several unique endings. This is no longer the case in the new RE3 – the quick time events are gone, and the game features a set, non-branching storyline with a single ending. As mentioned, certain sections of the original game, including the Clock Tower and Park, are gone as well.

You can also say goodbye to Mercenaries mode. Resident Evil 3’s Mercenaries mode wasn’t nearly as deep as the ones in later RE games – it was more of a fun unlockable minigame – but its loss is still somewhat disappointing. Thankfully, the new RE3’s cuts are being somewhat balanced by a new addition. 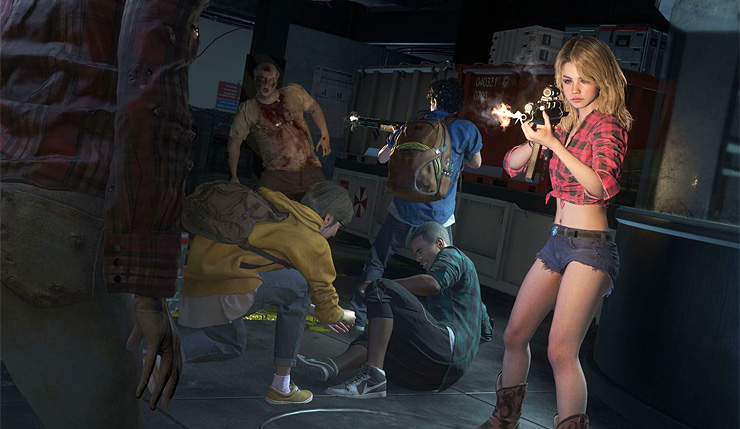 What is Resident Evil Resistance?

The Resident Evil 3 remake is shipping with an entire standalone multiplayer game, Resident Evil Resistance. This asymmetric co-op experience pits four survivors with different weapons and abilities against a single mastermind who can place traps and enemies. Basically, Resistance is Left 4 Dead, expect with one player deciding where the zombies go.

Wccftech will have a full review of Resident Evil Resistance up shortly, but for now, I’ll say the game isn’t really a major boost to the overall Resident Evil 3 package. The game has some fairly serious balance issues and is rather short on content. If you’re buying Resident Evil 3, do it for the single-player campaign. 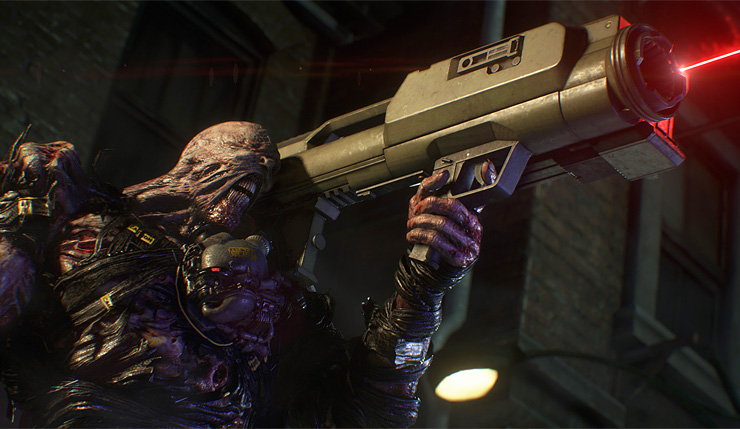 What platforms is the game coming to?

Can I try before I buy?

No problem. There is a free Resident Evil 3 demo available on all platforms, which provides a 30-minute-or-so taste of the game.

Are there any fancy special editions?

Surprisingly, there are fewer options than with most major games. That said, in addition to the $60 standard edition, Capcom is also offering a $180 Collector’s Edition exclusively through select retailers (GameStop in the US and GAME in the UK). The Collector’s Edition is currently sold out, but you may still be able to track down copies on Ebay. Everybody who pre-orders Resident Evil 3 gets classic skins that make Carlos look like his original self and put Jill back in her tube top.

Is Resident Evil 3 Worth my Money?

Yes, depending on how much value you expect for your $60. The game provides plenty of thrills and fun, but is a bit on the short side. Check out Wccftech’s full review of Resident Evil 3 for more…

There you are – everything you really need to know about Resident Evil 3. Still have some questions? Head on down to the comments and fire away, and we’ll try get to you an answer!