4D Printing Is Here With A Hope To Change The World

Australian Researchers from the University of Wollongong have started using 4D printing and have printed a valve which by using the impact of temperature and water automatically contracts and opens when required. This is just the start for the revolutionary technology that promises to change how we build objects forever.

3D printing had already made its way to the world of research a while ago. With that in hand, we are can now print guns, custom print bionic body parts and are finally capable of printing the entire buildings. The question arises as to what exactly 4D printing will add extra to the already existing technology of 3D printing at hand. The answer to this is the whole new dimension i.e time. This explicitly explains how researchers are now able to custom design and later print the objects easily. They can also give an object the ability to alter its shape and to fold itself accordingly. Objects can also assemble themselves, if required under the impact or influence of temperature, pressure or other variable factors such as vibrations, etc.

"4D printing is in essence 3D printed structures that can change their shape over time," lead researcher Marc in het Panhuis, from the University of Wollongong'sARC Centre of Excellence for Electromaterials Science, told Nicky Phillips from theSydney Morning Herald​. "They're like transformers.”

This new 4D printing can perform tremendous number of functions including the making of furniture that can assemble itself whenever you heat it using a hairdryer. It can also be used to make or create responsive and more importantly sensitive parts of the machinery, robotics and other materials including those used in medical research. This usage part has more to do with the scientific research rather than for a layman. Imagine an implanted medical equipment that can readily change its shape inside the body, when used. They adjust themselves when its hot so that they can easily save themselves according to the requirements of their internal temperature, whether it is hot or cool.

The process which has been initiated by the Australian researchers has been described thoroughly in the journal Macromolecular Rapid communications. This explains how for the first time researchers have been able to use 4D printing with four different variants of hydrogel ink together. No such power or programming source for the valve is required. This device is completely working fully autonomously, which makes it way better than other devices in the market.

"The cool thing about it is, is it’s a working functioning device that you just pick up from the printer," in het Panhuis explained in a press release. "There’s no other assembly required."

“So it’s an autonomous valve, there’s no input necessary other than water; it closes itself when it detects hot water,” said in het Panhuis.

The researchers are also trying to look more intensely into much sophisticated designs so that there hope of printing pipes can come true. These pipes are subject to change their shape and size according to the water levels. The group is also trying to make military objects that self destruct when they are not needed anymore, giving enemies no chance to copy them. As in het Panhuis told Phillips:

"When armies are on the battlefield they leave a lot of electronics behind. What if you could make 3D printed electronics that [once the soldiers leave] undergo transient behaviour once they become too hot, or too cold, or too wet so they completely disappear so the enemy can't use any of your materials," he said. 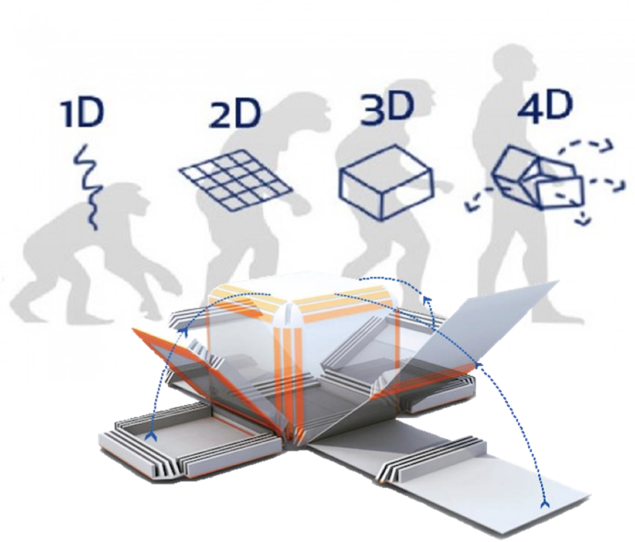 The whole concept simply put, the objects will be able to self assemble and change themselves according to their external environment. @Credit URL