As reported last week in New York, we have finally crossed the point where we started to add more capacity in the renewable energy sector every year than we add in coal, oil and natural gas together. For once, it seemed like something has finally made its way better for the coming future. 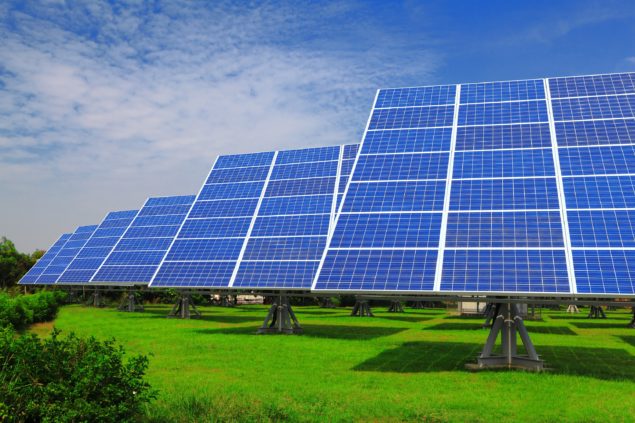 Salutations Fossil Fuels, renewable energy is the next big thing

The start towards this turning point happened somewhere in 2013. This was marked with the initial capacity addition which was an increase of 143 Gigawatts of renewable electricity capacity. This was contrary to the total capacity generated through fossil fuels amounting to 141 gigawatts only, Tom Randall reported for Bloomberg Business.

Analysis of annual Bloomberg New Energy Finance (BNEF) summit, explained how by 2030 it is expected to add four times more electric capacity generated through renewable sources than by fossil fuels. That too despite the current prices of oil which makes it self explanatory to be a better opt.

"The electricity system is shifting to clean," founder of BNEF, Michael Liebreich, said in his keynote address. "Despite the change in oil and gas prices there is going to be a substantial build-out of renewable energy that is likely to be an order of magnitude larger than the build-out of coal and gas."

The graph below shows the forecasted energy usage in the coming decades: 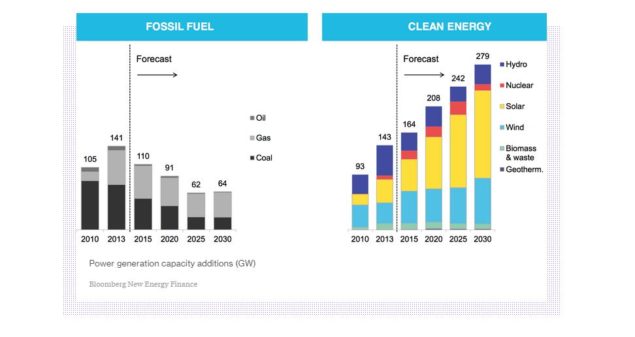 In the current scenario, solar power doesn't contain more than one percent of world's electricity market share. However Australia's largest solar panel that started feeding electricity into the grid last month could change the figures quiet soon. This has been enabled to provide electricity to more than thirty thousand homes in a single go. Reportedly Texas, a city in United States is also subject to switch to the renewable energy sources with its hundred percent capacity. That too because according to the report Texas is switching to renewable sources due to the cost incurred with coal extraction and usage. And also because this desert state has no more water to generate power out of it. Solar power is expected to be the largest electricity producer by 2050.

Although according to what BNEF reported, it still seemed to work in the longer run that in the current time since it is growing at a lower rate. That too will happen unless the world starts to increase its share in the renewable energy sector. Let's see what happens next.

Finally, A City in Texas Is Switching To Renewable Energy Soon