Released earlier this month, Apple's latest iOS 8.2 for iPhone, iPad, and the iPod touch brings a new Apple Watch app on your devices - without your consent. It might be useful for those planning to buy the luxurious Apple Watch, but for the rest of the users it's nothing but pure and heavy bloatware. You aren't recommended to do without the update too as it contains some important bug fixes and usual stability features. So here is how to remove this unwanted app full of bloatware from your pretty devices.

iOS 8.2 was released by Cupertino on March 9th containing bug fixes and some enhancements. Once you update your device though, you'll notice an Apple Watch app which you might or might not want depending on your favor for the actual Watch. However, in any case if you want to remove Apple Watch app icon from your iOS 8.2 powered devices, here are a couple ways to show you how easily you can: 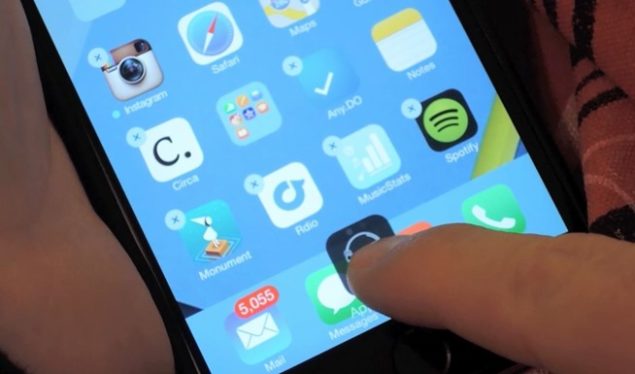 Important: these tricks only remove the icons which will come back if/when you restart your devices. It's not possible to completely delete the Apple apps and be free of the unnecessary bloatware.

While these little tricks don't free your iOS devices from the bloatware that Apple Watch app unnecessarily brings to our devices, at least we don't have to look at that icon to remind us of it every time we are on our home screens.

Note: these tricks work with every Apple factory apps which you want to disappear from your home screens.