Remedy: It Would Be Fun to Do Another Max Payne, We’d Come Up With Something Cool 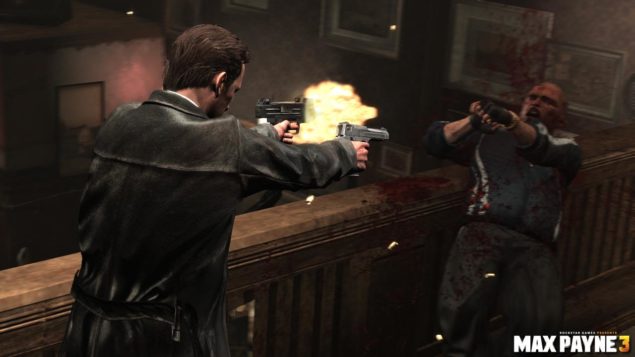 Remedy Entertainment may be known to younger gamers as the creator of Alan Wake and the upcoming Quantum Break, but the Finnish studio initially became famous for the Max Payne series.

One of the founders of Remedy, Sami Järvi (better known as Sam Lake), was even the face and voice actor of main protagonist Max Payne. The franchise, which championed the use of Bullet Time (or slow motion) in gaming, became so popular that a movie adaptation was released in 2008 with Mark Wahlberg and Mila Kunis as lead characters. However, Remedy sold all the rights to the franchise to Take-Two Interactive in 2002 and the last chapter of the franchise, Max Payne 3, was developed by Rockstar Games and released in 2012.

While speaking to Metro GameCentral about Quantum Break, Sam Lake said that it would be fun to do another Max Payne and that they'd come up with something cool should the opportunity ever present itself.

They did contact us close to the end of Max Payne 3 and wanted us to be consultants. We were playing the game and giving them feedback, and I had a nice opportunity of working with Dan Houser when he was creating the prequel comic book for Max Payne 3. But other than that we were not involved.

I don’t know… if that kind of opportunity did present itself I think it would be fun.

Yes. You can’t help but have all kinds of ideas, but we did two Max Payne games. From a creator’s perspective it was actually nice knowing that we had sold the IP to Rockstar after the first one, and part of the deal was to make the second one. So through that whole project I knew that in all likelihood this was the last Max Payne that we would make. So doing that and saying your goodbyes to that franchise had a lot of closure for me. But who can say, if something like that would suddenly happen I’m sure that we could come up with something cool.

The idea isn't that far fetched. Rockstar Games is definitely busy enough with its own IPs, with rumors pointing out to a new Red Dead Redemption game being announced next, while Remedy doesn't seem committed to Alan Wake 2 or another Quantum Break title yet.

Max Payne 3 seemed to wrap the story, sure, but that never stopped writers before and a new entry for PC/PlayStation 4/Xbox One could be great. In the meantime we'll have Quantum Break though, due for PC and Xbox One on April 5.

Remedy Had Been Thinking About Going Multiplatform for a Long Time

Remedy: We Pushed for Quantum Break on PC; The Delay Came from Microsoft