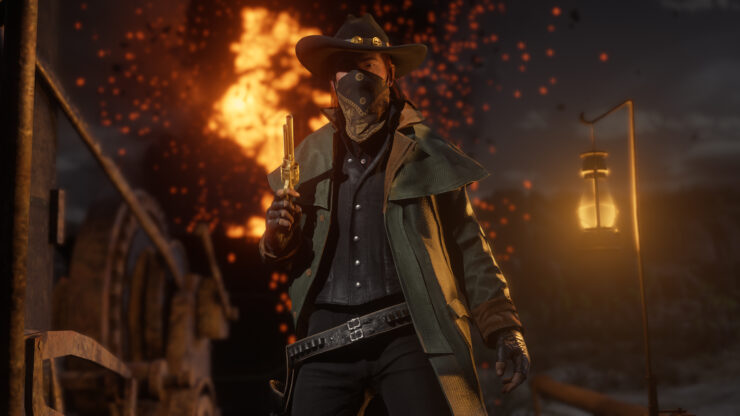 Available now for PC, PlayStation 4 and Xbox One, this new update packs new content for both Red Dead Redemption 2 and its online mode, Red Dead Online. Unfortunately, it doesn’t appear that this new patch addresses the apparent crashing issues on PC.

We’ve included the new content included with this update down below:

A new Legendary Bounty has been added to Red Dead Online:

Authorities have placed a bounty on the head of one Red Ben Clempson, known for wreaking havoc on local train routes and leader of the notorious Red Ben Gang. Bold and brazen, Clempson fancies himself a bit of a dandy with a taste for fine tailored suits and haberdashery, making him easy for bounty hunters to identify should he choose to strike again. He and his gang were last seen stalking the train tracks in New Austin, looking for their next score. But be forewarned: Clempson is a known sharpshooter and considered armed and dangerous to all who dare approach.

Avid Collectors can earn their living this week by tracking down the Blood Flower, Chocolate Daisy and Creek Plum for Madam Nazar, thereby assembling the Herbalist's Collection. Deliver the collection to Madam Nazar directly or mail it via your local Post Office for a handsome sum. Meanwhile, crackshot players looking for a test of skill, reflexes and dexterity can assess theirs in this week's Featured Free-Aim Series, Sport of Kings.

New Permanent Clothing items have been added to the Wheeler, Rawson & Co. Catalogue:

A new Time-Limited Clothing item has been added to the Wheeler, Rawson & Co. Catalogue:

Red Dead Redemption 2 is available globally now for PC, PS4 and Xbox One.