Former Rockstar Employee has been hinting that Red Dead Redemption 2 is currently being worked on by Rockstar Games. 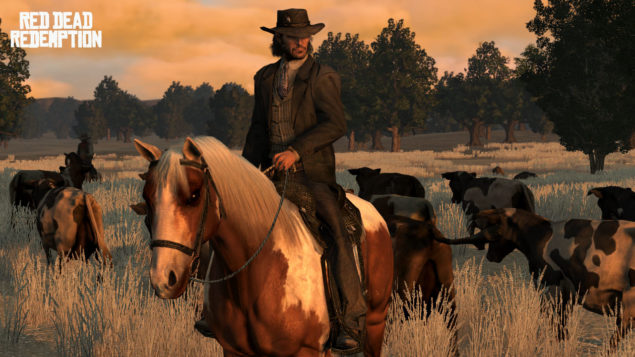 Ever turned on the radio in GTA? There's no doubt that you've heard his voice through your speakers then. He was a staff member of the Opie & Anthony Show, which has connections to Lazlow Jones. In GTA, Lazlow portrays a perverted radio host, and through these connections, Lazlow got Danny Ross hired at Rockstar.

Currently, he isn't employed at Rockstar Games any longer, and perhaps this fact made him tease Red Dead Redemption 2 during an informal Reddit AMA.

He was asked what Rockstar is currently working, after which he replied: "Really, Dumbass. Really? Two".

Translated he's saying RDR2, which of course stands for 'Red Dead Redemption 2'. Take his tease with a grain of salt though, as RDR2 hasn't been confirmed in any way.

On the other hand, Take Two Interactive President Karl Slatoff, recently stated that their developers are working on unannounced projects for established franchises. Slatoff said this during the company's earnings conference call for the 2nd Quarter of fiscal year 2016.

“Our worldwide development teams are working on numerous unannounced projects, including new intellectual properties, and offerings from our established franchises.”, said Slatoff.

Back in 2014, a user on Neogaf claimed to have spoken to an insider at Rockstar, who confirmed that the developer is working on a Red Dead Redemption sequel for the PS4 and Xbox One.

Neither Take-Two Interactive, nor Rockstar has officially confirmed a sequel to the hit game.