Red Dead Online’s Grindy Economy to be Rebalanced, Update May Come as Soon as This Week 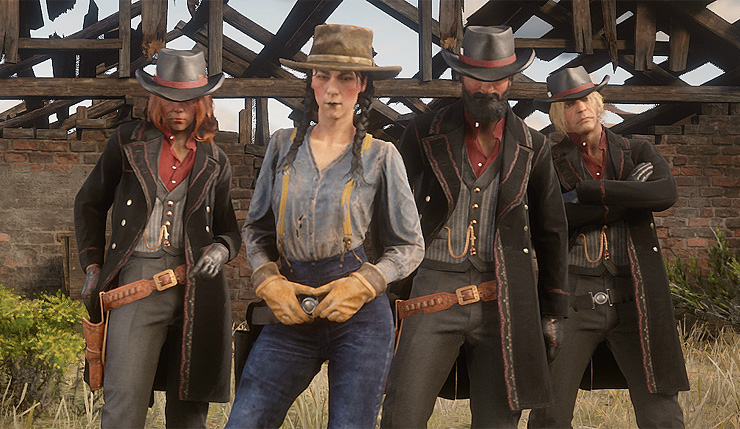 As we recently reported, Red Dead Online’s in-game economy is a bit of a mess. Earning money is difficult, with the cash paid out by missions being barely enough to cover basic stuff like health items and horse feed, and the value of items doesn't make much sense – a gold ring sells for $1.10, while a can of beans costs as much as $1.50. The game’s premium currency, Gold Bars, are even more grindy – fans on Reddit have estimated it takes around eight hours to earn a single bar.

Needless to say, players haven’t been thrilled with Rockstar’s stingy economy. Thankfully, the studio addressed Red Dead Online’s issues in a recent Tweet, promising fixes as early as this week…

“Thanks to everyone who has participated in the Beta so far, we appreciate your help in testing the game! Your feedback from these early days will be instrumental in helping formulate updates to every aspect of the experience. Our current areas of focus include the in-game economy, which will require some additional balancing in order to ensure all activities are rewarding and fun, as well as some persistent bugs that are causing some players to be kicked from sessions.

[Read Dead Online] has been developed so that we able to quickly make any adjustments like these, and we plan to get updates out as early as the end of this week, with more updates to come next week. Feedback from the community has been invaluable, and we will continue to keep you regularly updated as development progresses.”

Hopefully Rockstar really takes the concerns of their fans to heart and makes some significant changes to Red Dead Online’s economy. Considering how badly Rockstar overplayed their hands, just lowering the price of beans probably isn’t going to cut it.