Raymond: EA Motive Is Looking To Innovate; An Action/Adventure That’s Also Social Could Be The Holy Grail of Games 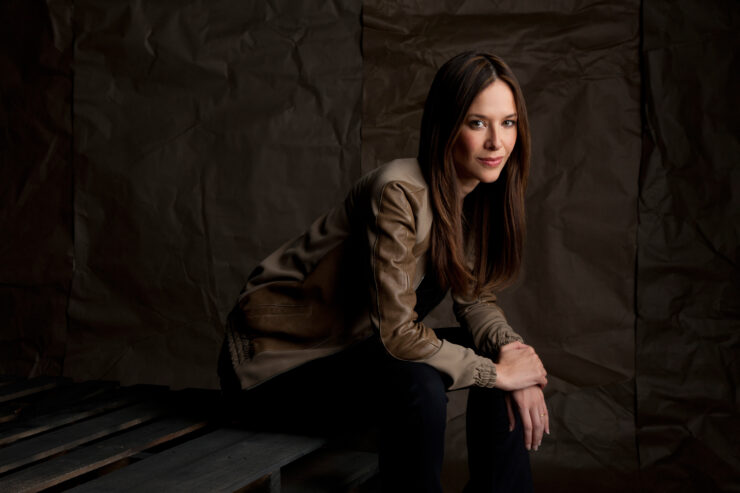 Earlier this week we covered the comments of EA Motive General Manager Jade Raymond on Star Wars Battlefront II's loot box fiasco and her thoughts about the potential of cloud gaming.

In a subsequent interview with USGamer, Raymond talked about EA Motive's goal with their upcoming open world action IP. The studio based in Montréal, Canada, is betting heavily on innovation.

We're trying to innovate. We really want to create something new. So I don't think what I was talking about [Triple-A games] is what I'm seeing now. But we're creating a brand new franchise, and it's going to take a few years to make. If we started doing what we're seeing now then it'll probably not seem very cool by the time it comes out. We'll look lame! Like, "That's the trend of three years ago!" We'll look like idiots. So what we are trying to do is create a studio that has a new culture of its own that can be creatively led and more diverse because I do believe that by bringing together people with different backgrounds, different perspective [that's] how you're really going to innovate. I think if you do put together a team that's just, you know, the same kind of people with the same background you're going to end up with the battle royale clone number 20, three years from now which is not what you want.

So what we're focusing on is how do we create a culture that really is inclusive, where there's room for everyone's ideas. Where we're unlocking everyone's passion and that's how I think we're gonna innovate and create something really original.

Perhaps the most interesting part of the interview is the one where she dived into an assessment of story-based games and where they're headed. According to Raymond, the holy grail might be found when cracking the formula for a social action/adventure game. This sounds like a strong hint as to what kind of game EA Motive is developing.

They're definitely not dead. I love story-based games, that's sort of what I started out in. It's what I always traditionally played. I'm playing A Way Out now which is a very narratively-focused game. Above all else, you're living this story. And I'm a huge fan of Josef too with Brothers. [That's also] a narrative, story-based game but there's no real voice in it which is interesting. Inside is another one of those. I think there's so much still to explore in terms of narrative games and new takes on them. And I think it's something that's in a sense the holy grail of games.

We still haven't figured out what is a social narrative-based game, or what's a story that can really exist as a service. I think when you think of them traditionally a story has a beginning, middle, and end and when the story is done the people who are in it for the story are done. So I think it's really exciting how you can create a story that is compelling but can continue to live. I do think that's kind of the holy grail to me of what that means. What's an action-adventure game that's also social?

It could be so many things which is why I say that it's the holy grail of game development. You saw it with Shadow of Mordor and the Nemesis system. How do my actions shape the narrative a little bit different and my own experience a little bit. But that's still very much a single-player experience. Ken Levin is working on a lot of these topics with his startup, what's a framework that's going to generate narratives. I think there are so many different ways to go about it and a lot of really smart people are working on that, but I think that's to me and to a lot of other people in the game industry a really important nut to crack.

When you think about most games, the most exciting stories are the ones that are your own. You're not gonna go and share a part of a story that a friend lived through and played the exact same way. That's not worth sharing. But the fact that I went and had this experience and it's my own and it's an anecdote that's worth sharing with you, that's the exciting type of story for games. Because we are in an interactive medium, but I think we're still cracking that nut. What's the magic formula? I don't have the answer yet but I think that's a really exciting thing that people, and us included, are going to continue to try and figure out.

At any rate, we won't know exactly what they're doing for at least a couple more years. Electronic Arts said recently that the expected release window for EA Motive's project is the fiscal year 2021.