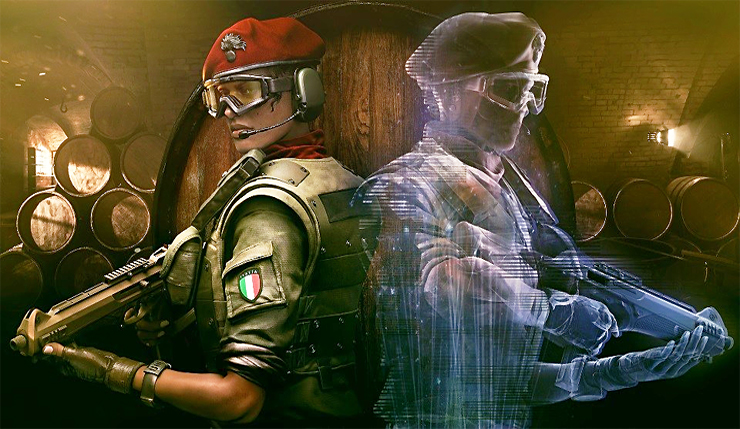 Last week Rainbow Six Siege revealed its big Year 3, Season 2 update, Operation Para Bellum. That initial announcement didn’t come with many details, but Ubisoft has since pulled the curtain back on the season’s map and one of the its two new operators.

First up, let’s take a peek at Operation Para Bellum’s new map, Villa. Nestled in the Italian countryside, it looks like it could be a classic:

The villa was specifically designed to offer a competitive showdown. It sets the stage for diverse gameplay, providing wide staircases, narrow tunnels, and secret hatches. Don’t let the lush décor fool you, the villa is deadly -- some of its floors are destructible and can fully expose you.

The land belongs to the Vinciguerra, a dangerous crime family known for their smuggling activities. The house is their retreat, where they lead a lavish lifestyle and collect rare art pieces. We catch the villa in a snapshot of time -- Vinciguerras are burning documents and transporting their holdings before the big raid. But they’ve got wind of Operation Para Bellum and fled, leaving everything in disarray with vital information ready for the taking.

Next, here’s our one of our two new Italian operators, Alibi. As the trailer implies, she’ll be able to use realistic holographic decoys to get the drop on her enemies:

Picking Alibi is an invitation for a battle of wits with your opponents. This Defender is all about finding clever ways to force the Attackers’ hands. Any hesitation comes at a heavy price. Her name is Aria de Luca. She was born in Tripoli, Libya and immigrated with her family when she was three years old. Her father managed a small ordnance manufacturer, using his contacts to open up exports. De Luca earned her understanding of Italian firearms through the family business and training on the shooting range.

She served for a time with the elite Raggruppamento Operativo Speciale in fighting organized crime. She eventually earned a spot in the Gruppo Intervento Speciale (G.I.S.), and following a successful operation in Afghanistan despite being separated from her unit, she was singled out for undercover work in organized crime. She infiltrated the Vinciguerra Crime Family and spent several years among them before bringing them down from the inside.

Still holding out on Rainbow Six Siege? Well, Ubisoft is serving up yet another free weekend from May 17 to May 20. You’ll have full access to the game and all its updates, and any progress will carry over should you decide to purchase the full game, which is 50 percent off this weekend.

Rainbow Six Siege is available on PC, Xbox One, and PS4. Operation Para Bellum will be revealed in full on May 20 during the Rainbow Six Pro League finals.