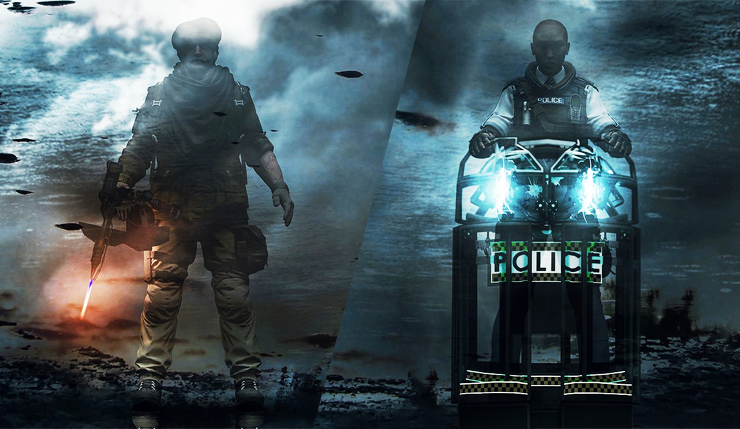 Ubisoft has shared first details about Rainbow Six Siege’s third “season” of Year 3, entitled Operation Grim Sky. This new season takes place in the United Kingdom, and will include two new Operators, a rework of the Hereford Base map, and some other tweaks, including a fix for the game’s weapons sights misalignment issue.

We don’t have a trailer for Operation Grim Sky, but Ubisoft has released the following teaser art, which provides a glimpse at the new Operators. One of them is carrying a blowtorch, which certainly would be a handy breaching tool, while the other appears to wield some sort of unique electric shield. 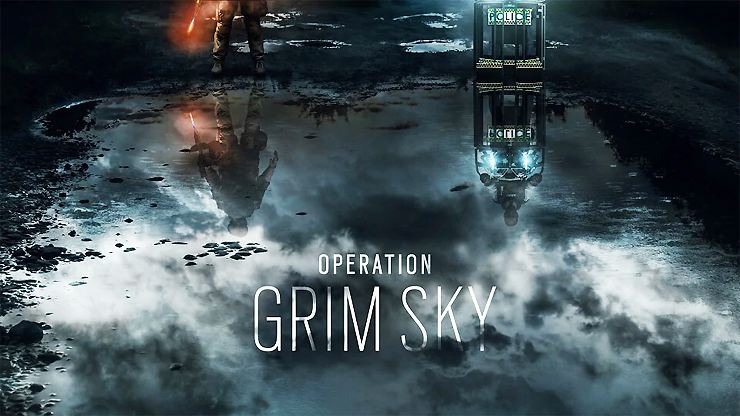 Here’s how Ubisoft describes the Operators:

The first of our new Operators is a Defender from Great Britain. She’s a tough police officer who’s an expert on mob behavior and snatch-squad tactics. She knows she belongs on the front line and she won’t tolerate any nonsense.

The second Operator is an American Attacker, a specialist with a remarkably sharp mind when it comes to tactical operations. He has seen the worst in Kabul. Despite it all, he fell in love with the city. Legendary for his surgical precision, he remains an enigma within Rainbow Six.

Here’s some of the other additions you can expect:

We’re also introducing our first map rework. The map in question: Hereford Base. Despite the high chance of rain at this iconic training facility, we’re renovating the place and making many adjustments to raise the bar for competitive play.

A few gameplay enhancements are also making their way into Operation Grim Sky. Following a lengthy test phase, we’re bringing forth much-anticipated modifications to address the weapon sights misalignment. But that’s not all! In our constant pursuit to improve the game and the player experience, an adjustment with the Operator Idle Pick as well as dynamic resolution scaling for consoles are also on their way. Make sure to play on our test server and submit your feedback on R6 Fix.

Rainbow Six Siege is available on PC, Xbox One, and PS4. Operation Grim Sky will be revealed in full sometime during the Six Major in Paris, which takes place August 17 to 19.