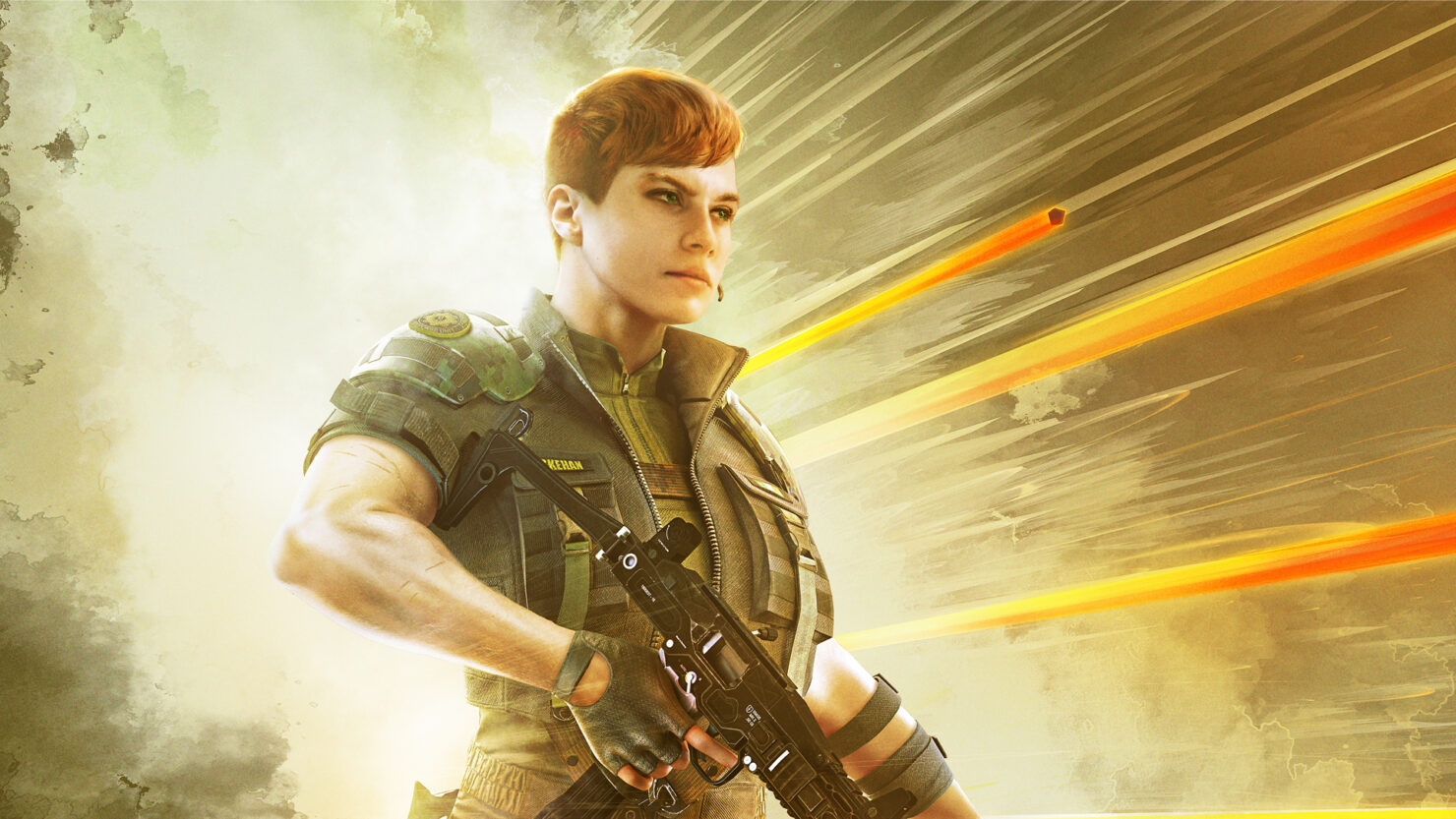 The latest Rainbow Six Siege season, Operation High Calibre, hit test servers tomorrow and it looks like it will serve as a fitting finale for the game’s Year 6 content. The headline features of Ubisoft Montreal’s latest update include new defender Thorn, who wields special timed proximity mines, and a rework of the Outback map. You can check out the new defender and map in action, below.

Here’s a bit more detail on what to expect from High Calibre:

In High Calibre, players will discover a brand-new Defender, Thorn, equipped with Razorbloom Shells: throwable proximity devices that, once triggered, initiate a timed detonation. If enemy players don’t get out of the area of effect on time, they will receive damage at the end of the fuse timer. Thorn is a medium speed, medium armor Operator who can be equipped with either the new UZK50Gi or the M870 as primary weapon and with the 1911 TACOPS or the C75-AUTO as secondary weapon.

In addition, the Outback map has been rebuilt to improve balancing and player comfort. Both the main building and its exterior have been modified to allow the Attackers to create and execute more effective strategies. In addition, new exterior soft walls have been added to the building, and some areas have been refurbished and cleaned up to remove junk and provide better lines of sight and balance.

High Calibre will be hitting test servers tomorrow. Speaking of which, the Rainbow Six Siege test server is being revamped, with three streams that will test different things – one for testing new seasonal content, one for testing balance changes, and the Lab test server, which will be for more forward-looking experimental changes to the game.

Rainbow Six Siege is available now on PC, Xbox One, Xbox Series X/S, PS4, and PS5. No word on when the full launch for High Calibre will happen, but Siege updates usually remain on test servers for a couple weeks, so expect it on or around November 23.