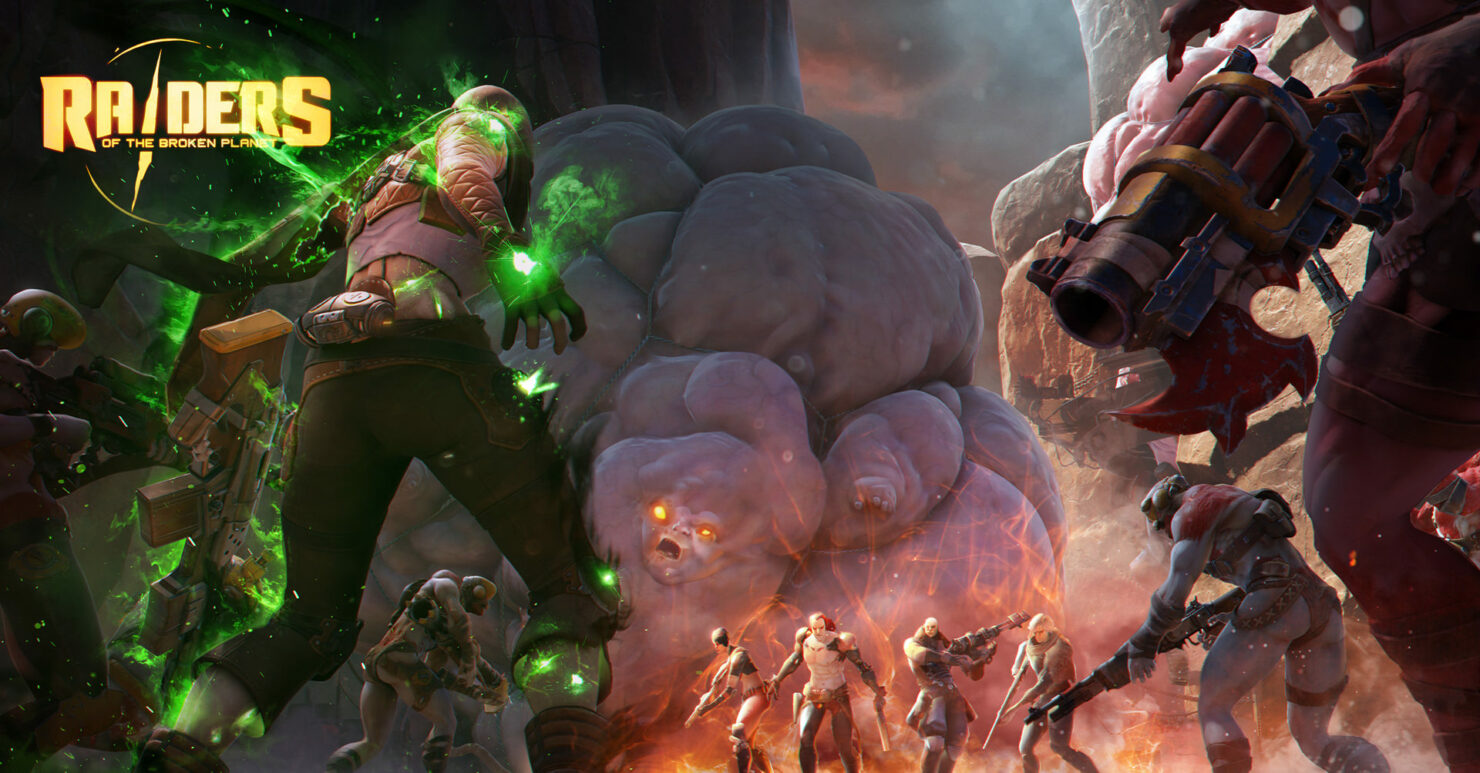 MercurySteam's Raiders of the Broken Planet was a pleasant surprise when I tried it for the first time at Gamescom 2016. Roughly one year later, the game is approaching the release of its first campaign Alien Myths after several rounds of beta testing.

We've managed to send a few questions to MercurySteam, which confirmed to us that there will be an Open Beta for all those willing to try the game for free ahead of the release. We've also embedded a brief 4K beta gameplay footage.

The art design of Raiders of the Broken Planet is very unique. What were your inspirations for it?

Raiders of the Broken Planet’s visual style drinks from quite diverse sources, from North
American comic books to Manga and Anime, with films and videogames also being
obvious influences.
Kow Yokoyama’s work on 2000AD is a huge inspiration, and the same can be said of Manga
like Gunnm or Akira. Influences in videogames and films can be found in Street Fighter and the
Mad Max saga, respectively.

From the beginning, we have aspired to achieve a very distinct and unique style, with iconic
and exaggerated characters threading a world that catches the player’s eye with stunning and
memorable scenes. Sci-fi is a quite fertile ground for these premises and allows you to mix
concepts that wouldn’t match in any other setting.

In a recent press release, you mentioned that the game will launch with the Alien Myths campaign while three additional ones will be released later this year. How many stages does a campaign have in the final game and how much time is it supposed to last on the first playthrough?

Alien Myths includes 4 missions that can be played in different ways: solo, coop, and “4 divided
by 1” style, with 4 players trying to achieve the mission objectives with a fifth playing as the
Antagonist, making his best to hinge hinder the Raiders’ progress. Each mission is usually
played across multiple stages, so the content is significant and has huge replayability.

If you also put into consideration character selection, weapons of choice, plus Character and
Faction Cards, the replayability value of the game is tremendous. A first playthrough could last
the likes of 6-8 hours, but we reckon players will get much more out of the game than a single
pass.

How many Raiders will be available for selection when the game first launches?

There will be six Raiders available upon launch: Harec, Alicia, Lycus, Konstantine, Shae and
Hans.

After quite a few beta weekends, did you gather a lot of useful feedback? Did you find
anything unexpected in the data?

The users’ feedback has been extremely valuable. Raiders of The Broken Planet is our
audiences' game as it is much as it is ours, and each upcoming campaign will be developed in
conjunction with feedback from the growing community. This is developer and audience
making games together in real time.

When we launched the Beta, we expected Lycus to become the most popular character, but
we have been kindly surprised by how much the fans love Alicia!

Speaking of feedback, two common critiques seen on the forums are the confusing
menus/UI and the needlessly competitive reward system. Do you plan to fix these for the
game's release?

We are immersed in the process of modifying the UI as we speak. As for the rewards system, it
is something that we will tweak and refine for the game’s release, and will continue to do so
for the upcoming campaigns.

Aside from the inherent variation due to the PvP element of the game, will there be
any randomized element to the missions such as enemy type, placement etc.?

The game’s AI reacts dynamically to the players’ skills and playstyle. Depending on how
good (or bad!) they fare on the mission, it will determine the opposition they will have to face
on each mission. Have you thought of adding an optional higher difficulty level for the AI with increased

Have you thought of adding an optional higher difficulty level for the AI with increased
rewards?

On single player mode, there are four different difficulty levels (Easy, Medium, Hard and
Very Hard). As we have commented, when playing co-op the AI adapts to the players’ skills,
keeping things challenging for everybody. Even veteran players will find it tasking difficult to
complete the mission objectives!

Do you plan to host an Open Beta, thus allowing more players to try the game before
release?

Yes, we are planning to run an Open Beta in the near future. We’ll keep you updated!

The game runs extremely smooth on PC at 4K@60 even with a GTX 1080 GPU. Are you
planning additional graphics settings like Ultra textures, etc. for the final version?

As you comment, the game looks and moves great and, while we don’t think necessary to add
extra additional graphics settings, we have included a photo mode in partnership with Nvidia
graphic cards (Ansel) that will allow the player to capture stunning highlights of his these games.

Finally, can we expect Raiders of the Broken Planet to be available by Q3 2017?

We will be announcing the first campaign release date and pricing really soon!