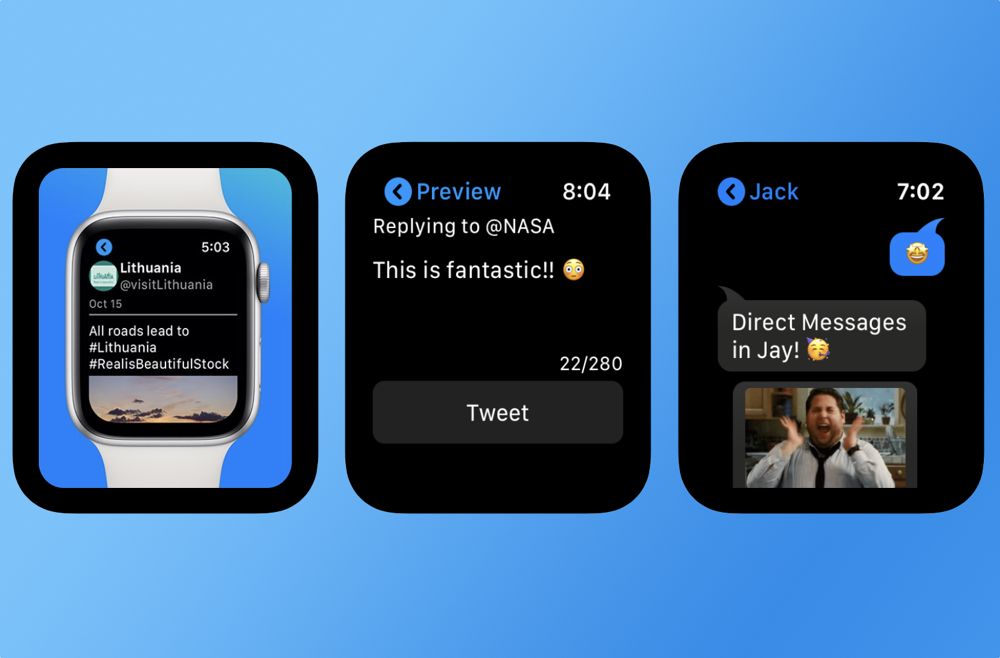 If you ever wanted to send or receive DMs from your Apple Watch then you are in luck today as Jay app allows you to do just that.

Twitter made the weird decision a while back and pulled the Apple Watch part of its official app. Thankfully, Jay has been around for quite some time to fill in the void and it allows you to scroll your timeline straight on your wrist. It even allows you to watch videos, GIFs, zoom into pictures using the Digital Crown and more. But the recent update adds a feature which many of you are going to find interesting - the support to send and receive Direct Messages.

In order to access this feature, simply deep press (Force Touch) to access the context menu in the Jay app, from here tap on More and then Messages. You can now start messaging anyone and everyone on Twitter straight from your wrist. It's as simple as that.

Direct Messages.
You asked for it and now it's finally here!
That's right, you can now read and send Twitter direct messages straight from your Apple Watch: use Force Touch to open the Context Menu, tap "More" and select "Messages". 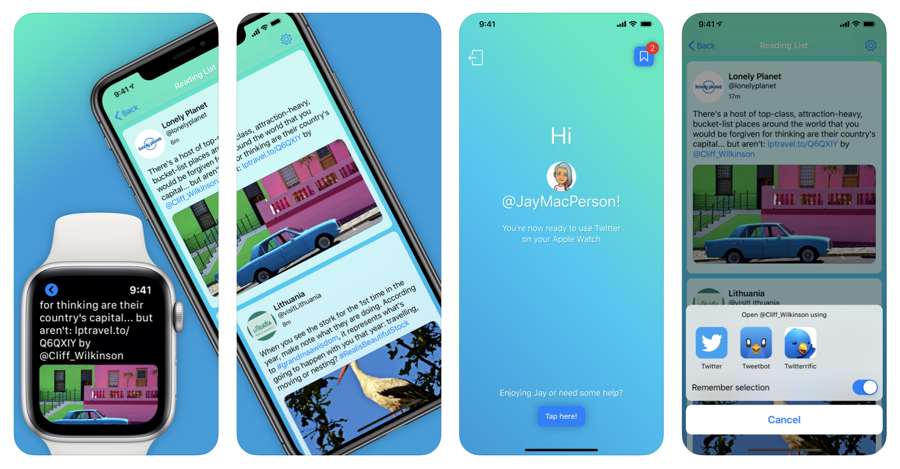 Before you go ahead and download the app please know that you must have at least a Series 2 Apple Watch running watchOS 6.1. Anything older than that and you'll be essentially downloading paperweight.

If you are going to use this app solely for sending and receiving messages then that is well covered here. But, apart from that, it is essentially a full-featured Twitter client which you can use to do pretty much anything you want. And here comes to the best part: if you have a cellular Apple Watch, then you don't need to take your iPhone with you in order to check what is happening on Twitter. In short, it's a fully independent Twitter client.

The app will set you back $3.99 from the App Store, and I believe that is a very fair price given its feature-set. You can even support the developer further by tipping up to $11.99. This way you ensure the developer to keep on working on the project for as long as possible.

Hit the link below and take the app for a spin and see what the hype is all about.