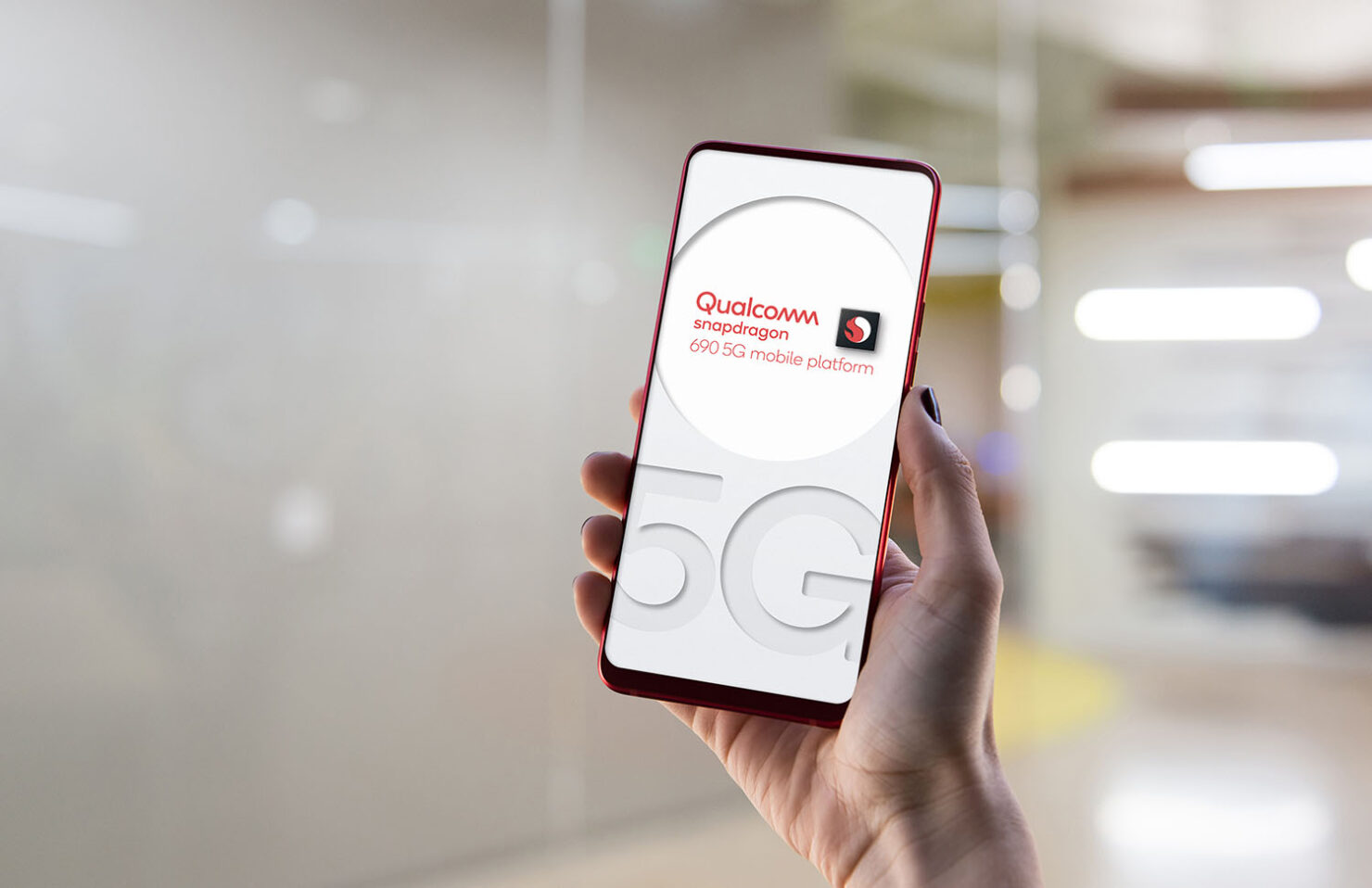 Qualcomm has currently two non-flagship chipsets that are being used in less costly smartphones. The Snapdragon 765 and the Snapdragon 768G are the only two SoCs in the 700 series to feature an embedded 5G, but Qualcomm is expanding its portfolio by bringing high-end features to the Snapdragon 690. Not only does the Snapdragon 690 bring 5G support to the table, but it will give customers more options down the road in which they won’t have to purchase a high-end smartphone that costs both an arm and a leg.

Snapdragon 690 Is Fabricated on the 8nm Process; Custom Kryo 560 Processor Delivers up to a 20% Performance Improvement Over Previous-Generation SoC

Made on the 8nm node, Qualcomm’s custom Kryo 560 CPU which clocks up to 2.0GHz is said to be up to 20 percent faster compared to the Snapdragon 675, while the Adreno 619L GPU delivers up to 60 percent graphical performance increase. A small game-changer is that embedded Snapdragon X51 5G modem, which apparently doesn’t support mmWave bands, can achieve peak downloading speeds of 2.5Gbps, and 660Mbps peak upload speeds.

The Snapdragon 690 also supports 4K HDR, while also giving manufacturers the option to incorporate 120Hz high refresh rates on the more affordable smartphones, as long as the resolution is 1080p or less. The silicon can also support 192MP cameras just like the Snapdragon 765, while also being compatible with Qualcomm’s Quick Charge 4+ technology. Phone makers will also have the option to add up to 8GB LPDDR4x RAM running at 1866MHz, but it’s 2020 and we feel that it would have been a better approach had there been LPDDR5 support added as well. 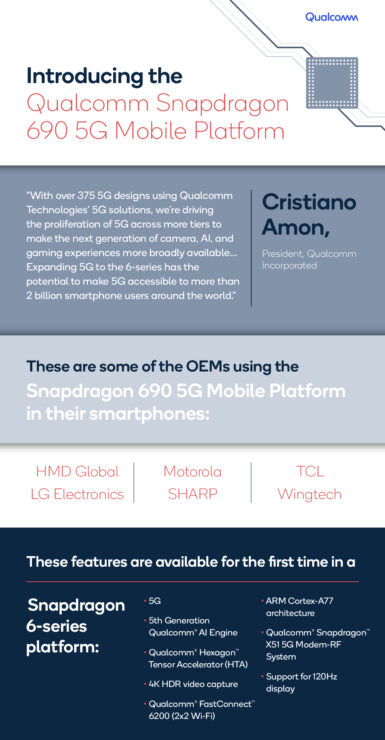 In short, the Snapdragon 690 isn’t going to be winning any ‘fastest chipset’ award and neither is it beating the Snapdragon 765 in any benchmarks. Fortunately, Qualcomm’s announcement wasn’t aimed at the Snapdragon 690 doing any sort of over-achieving. Instead, the unveiling is a gateway for manufacturers and customers alike to get access to less expensive smartphones while also being able to experience high-end features normally found in flagship devices.

What do you think of the Snapdragon 690? Think Qualcomm will be able to take some of the market away from its rivals? Let us know down in the comments.