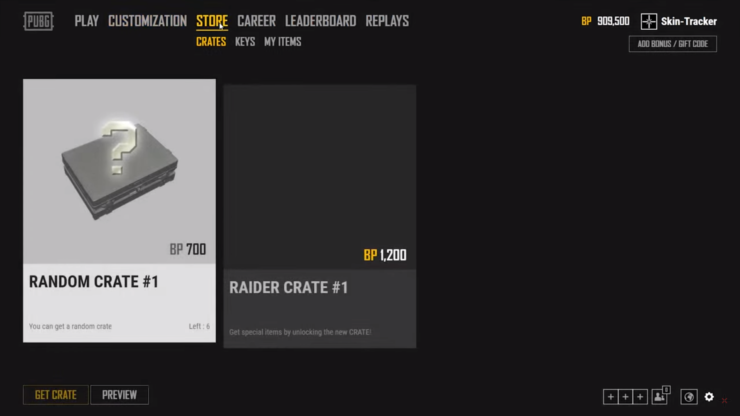 PUBG is soon going to receive a map selection option, and it seems it will come with an updated UI which will introduce some additional features.

The updated UI has been showcased in a new video shared by Skin Tracker. The new interface will feature three different categories - Crates, Keys and My Items. Interestingly enough, a new currency called Bro Cash can also be spotted, a new currency which can be used to purchase keys. As the developer has yet to talk about these upcoming changes, there's a good chance that things will be different when the new interface goes live.

Preview of the Upcoming updated UI and shop in PUBG.

The Xbox One version of PUBG is still lagging behind the PC release in terms of features, but now console players can finally play on the Miramar map. The map is currently available on the game's test servers.

As the map is in an early stage of development, some aspects may not function as expected. For matchmaking reasons, the test will be limited to TPP on NA servers. We might make adjustments to this depending on how the test goes

PUBG is now available on PC, Xbox One, Android and iOS devices