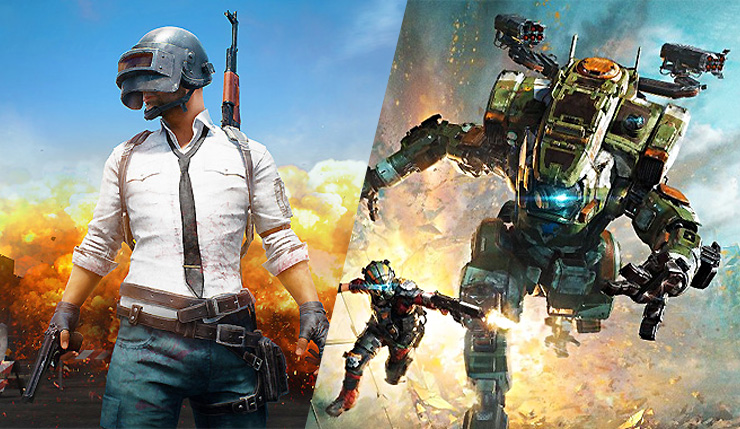 Thinking of picking up the newly-released Xbox One version of PlayerUnknown’s Battlegrounds? Well then, you’re going to want to check out this deal. For a limited time, Newegg is selling the Xbox One version of PUBG and a copy of the acclaimed Titanfall 2 for only $30.

This deal of course comes from the sentient bargain-hunting bot, Wario64:

PlayerUnknown’s Battlegrounds finally launched on Xbox One in early access form on December 12. The Xbox launch was a bit rocky, with performance and visuals being less than optimal, but PUBG’s developers are promising improvements and have already released an update that fixes some issues.

This is the start of the road for us. [The game is] a little rough, right, but we want to work over the next coming months with the community, with Microsoft and really polish it off and really make the game run as smooth as we can across all consoles.

While you’re waiting for PUBG to get its act together on Xbox One, you can busy yourself with Titanfall 2, one of the best-reviewed games of 2016. Here’s what Wccf’s Dave Aubrey had to say about the game:

Criminally ignored, but incredibly good. For many Titanfall 2 is the year’s very best shooter, with fantastic movement mechanics that make shooting feel fresh all over again. Throw in a brand-new campaign which pairs you up with a robot pal and Titanfall 2 is a more complete experience than the first game, but with more to sink your teeth into than ever before. If you’re thinking of buying the game for multiplayer, though, it’s worth pointing out that the low player base might turn into a problem soon.

The PUBG/Titanfall 2 deal is only available until December 21, so get on it, if you’re interested. Here’s the Newegg link again.