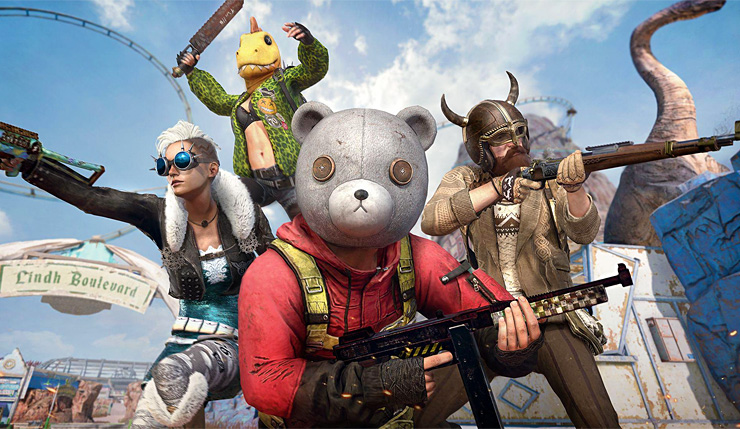 Battle royale games tend to have a steep learning curve, and at this point, PlayerUnknown’s Battlegrounds is pretty much a sheer cliff. Hardcore PUBG players know the game inside-and-out so thoroughly that any new players logging in are more-or-less instant mincemeat. So, how is PUBG Corp. planning to fix this? With better, more intelligent matchmaking? Nope! Instead, AI controlled bots that beginner players can actually outsmart are going to be mixed into matches going forward. Here’s a bit more under-the-hood detail on how these bots will work.

In a normal PUBG match, players often traverse a variety of terrain, including open fields, rivers, cities, and even mountains. Without getting too complicated, movement of our bots is governed by what are called navigation meshes. Think of navigation meshes as boundaries in which the bots can move within. For each of our maps, big or small, much attention had to be put in to carefully lay out these navigation meshes on every corner of our maps in a way that prevents bots from throwing themselves off of a cliff or something else that, while hilarious, doesn’t line up with its intended functions. With these navigation meshes in place, the bots constantly look out for environmental hazards and works towards finding the shortest route to its next destination.

PUBG players engage in firefights across all sorts of distances – from clearing out buildings to those sweet long-range Kar98k headshots. Whatever the distance is, a crucial factor that makes shooting in PUBG so fun is the bullet physics, and we wanted to incorporate that into the bots’ shooting as well. So instead of letting the bots hit its enemies based on rather simple probability, PUBG’s bots were designed to consider bullet physics when shooting. What this means is that players will be able to dodge the bots’ bullets if they use the same evasive maneuvers as they would in any other firefight. But of course, a computer would still be better at calculating bullet trajectory, so systems were put in to make sure that the bots’ accuracy differs based on range. All of this was carefully balanced through countless iterations of balancing so that our bots provide just enough challenge and provides more ways for players to improve their skills.

Having the right tools can mean life or death for most players. With bots, we’re expecting a general increase in the amount of kills – and therefore the amount of items potentially looted. If our bots have too much loot, it might negatively impact the balance of our matches. If our bots have too little loot, or loot that wouldn’t be appropriate for the phase in a match, it would look unrealistic. Our analysts and game designers went through lots of data from our live servers to not only see what players generally loot, but to see what types of items players usually carry into each phase of a match. With this data, we’ve set loot targets for our bots, so that they loot and have the appropriate items for each phase. For example, you’ll see bots run into close-quarter battles with an SMG early on, while engaging in more long-range SR/DMR firefights later in the match.

Don’t worry, if you are a hardcore PUBG player, you’ll still mostly be playing against real people, as the number of bots is tuned down as your MMR (match-making rating) goes up. So far, bots are only being added to the console versions of PUBG, but I wouldn’t be surprised to see them come to PC if they end up serving their purpose. It is good to see PUBG doing something to make itself more accessible to newcomers, but it feels like filling matches with bots is a bit of a cheat, and against the whole appeal of a battle royale game. Any old game can throw you in a world with 100 AI enemies, it’s real people that make battle royale games unique, for better or worse.

PUBG is available now on PC, Xbox One, and PS4. A separate mobile version is also available. PUBG recently dropped it’s 7.1 update – you can get the full details here.