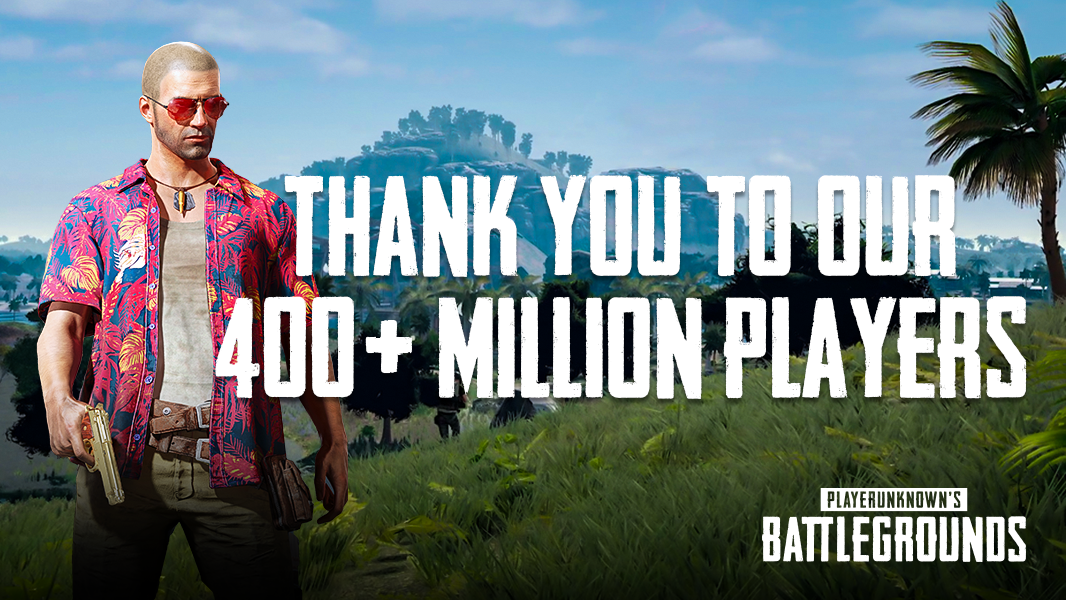 PUBG Corp. just announced a new huge milestone for PlayerUnknown's Battlegrounds. The game has now sold over 50 million units worldwide between Xbox One and PC; moreover, when considering the mobile version, the total number of players is over 400 million.

To celebrate this remarkable threshold, the developers have announced a sale on Steam, the first one for the game which is now priced at $19.99. However, you can get the game even cheaper via Gamersgate by using the code chickendinner, which will bring the price down to $17.99.

Today we’ve got a very big announcement: With Xbox and PC sales combined, PlayerUnknown's Battlegrounds has now sold over 50 million units worldwide. With PUBG Mobile included, there are now over 400 million registered PUBG players worldwide. Over 87 million people play PUBG every day across all our platforms.

To celebrate these new milestones, we’re putting PUBG on sale on Steam from June 19th (later today!) through July 5th. If you want to pick up the game for the first time or gift it to a friend, you’ll be able to grab it for just $19.99 (33.33% off the normal price).

We’re genuinely humbled by PUBG’s ongoing success and growth, and we’re incredibly optimistic about the game’s future. We’re going to keep working on new content and improvements for all versions of the game. We know there’s still so much we can do to make PlayerUnknown's Battlegrounds a better game for our players.

Thanks so much to all of you for joining us on this wild ride.

Epic's Fortnite might be a bigger game (which is also available no more platforms, such as Sony's PlayStation 4 and now the Nintendo Switch), then, but PlayerUnknown's Battlegrounds remains unmistakably huge in its own right. The question is whether these games will be able to remain on top after heavyweights such as Call of Duty: Black Ops IIII and Battlefield V enter the Battle Royale fray.