It seems like the newly found alliance between Kojima Productions and Sony Computer Entertainment is only getting more interesting for fans. The Metal Gear Solid mastermind has embarked on road trip with the PlayStation 4’s lead architect and Knack developer Mark Cerny. The pair will spend ten days touring the world in search of the hottest new technology. The announcement comes from the official Twitter account of Cerny, who just recently joined the social networking platform. 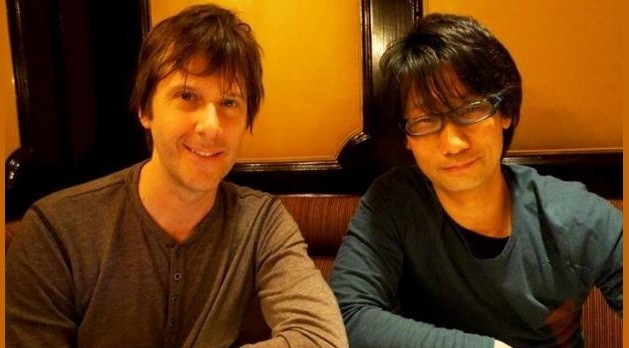 The dust around the rift between Konami and Kojima finally settled down last month when the famed game creator and designer made his future pretty clear by relaunching Kojima Productions as an independent game development studio and joining hands with Sony to start working on a PlayStation 4 console exclusive title. Kicking things off, Kojima has now embarked on a "high-end technology tour" with Mark Cerny. The news comes from Cerny himself, who recently joined Twitter and posted a picture in which he can be seen standing with Kojima.

Shortly after Cerny made his first tweet from his official account, Kojima also tweeted a similar photo with its text explaining that the two industry veterans are taking a 10-day “world tour” in search for “the newest technology. Kojima Productions producer Ken-ichiro Imaizumi also confirmed the journey via a tweet, saying that the “high-end” tech tour has begun. Several other tweets from Imaizumi indicate that the expedition will start in Los Angeles, however, he did not say anything about the exact purpose behind this tour.

Spending the next ten days with THIS guy... #myfirsttweet pic.twitter.com/1Z1fJOUS2t

Bound for 10-day trip searching for the newest technology with Mark-san (@cerny ). It will be a world tour! pic.twitter.com/B1XItIS8z4

There is no official information regarding why the pair is on the hunt for new “high-end” computer technology or exactly what role it will play. It is possible that Kojima and Cerny are looking for a fresh game engine to run the first PlayStation 4 console exclusive game from Kojima Production as an independent studio. The Fox Engine, which was used for Metal Gear Solid V: Ground Zeroes and The Phantom Pain, is Konami’s property, and didn’t leave the company with Kojima.

Both Kojima and Cerny are well experienced and have extensive knowledge about game creation and development process. So it is useless to say that they will get their hands on the best technology currently available, and once the development process on the studio’s first game is complete, we will surely get something very special to enjoy. Kojima and Cerny will apparently be tweeting about their travels, so stay tuned as we will be putting out the latest information as it becomes available.